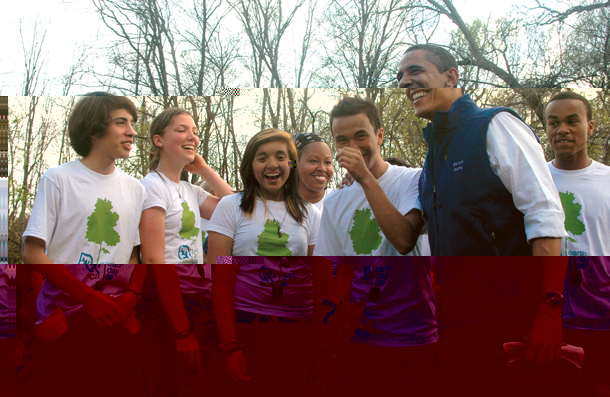 The President and Vice President visited the group to mark the signing of the landmark Edward M. Kennedy National Service Act that expands national service programs such as AmeriCorps, Senior Corps and other community volunteer programs. Obama and Biden met with members of the SCA and helped them plant trees in Washington, D.C.'s Kenilworth Aquatic Garden.

Deza and Adamson were chosen as two of 12 students who were selected because of the effort that they had put into the organization. "We have a lot of students that we work with but these students have been involved for a long time and have put a lot of work into SCA," SCA program coordinator Rebecca Brown said.

For Adamson, the opportunity to meet the president was a chance that he will never forget. "It was an incredible experience," Adamson said. "[Obama] was really funny and he was a hard worker. He was as charming as he is on TV."