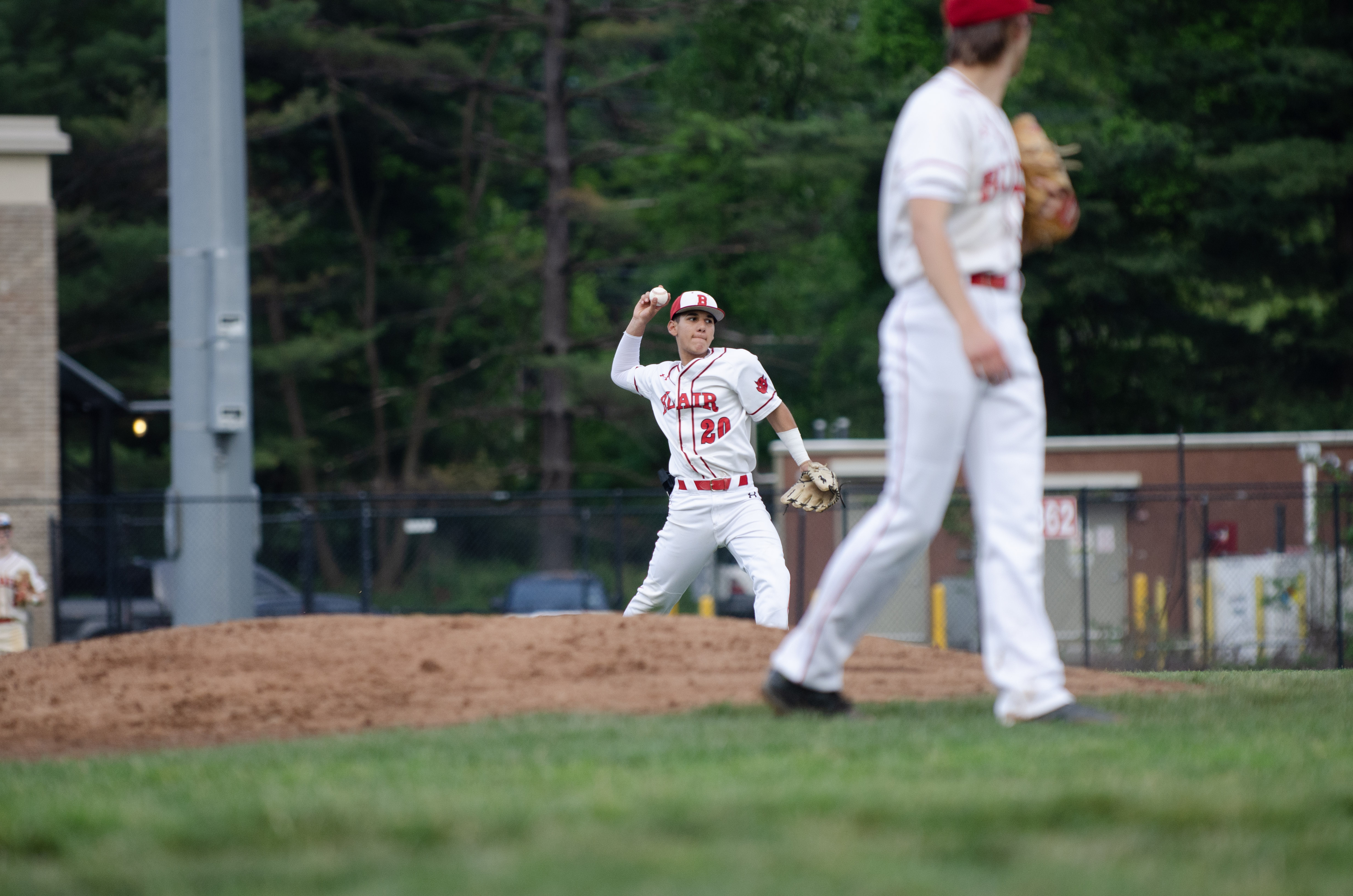 On Tuesday, May 10th, the Blazers faced off against the Quince Orchard Cougars and won in a stunning and sudden turnaround, displaying remarkable hitting and resilience to setbacks early in the game.

At the start of the game, the Blair defense was lacking and allowed three runs. Although the Blazer offense was hitting plenty of line drives and fly balls into the outfield, the Cougar defense caught most of them and prevented runners from getting into scoring position.

As the game progressed, the Blazers remained stagnant on the scoreboard, staying scoreless for four innings. Quince Orchard extended their lead in the third inning because of an errant throw to third on a stolen base attempt, allowing that runner to score the Cougars’ fourth run of the game.

A break finally came in the fifth inning, for the Cougars were faltering against improved Blazer hitting. As a result, the Blazers were finally able to get on base, and it was only a matter of time before an opportunity arose to score a run.

That opportunity came when junior Jack Bevington hit an RBI double down the left-field line for junior Evan Hunt to score Blair’s first run. The Cougar defense barely escaped the inning by forcing an out on first to end the fifth on a ground ball from junior Brian Robinette.

When the sixth inning began, it was clear that the Blazers were reenergized. Junior third baseman Evan Hunt was on top of the fast-bouncing ground balls that hit his way, making the play on two straight ground balls. Senior outfielder Alex Valdez also caught a line drive in the outfield.

Despite a long period of little progress, in the bottom of the sixth the Blazers completely changed their game. The Blazers took advantage of defensive mistakes by Quince Orchard and scored eight runs.

At the top of the seventh, victory was easily within grasp for Blair. After a sacrifice fly to bring the score to 9-5, the Blazers comfortably recorded the last out and won the game.

Andy Merrill anticipated the comeback because of the change in team attitude he saw leading up to the comeback. “Everybody started getting focused and lasered in, and [we] started doing well after that”, Merrill said.

Emmanuel Kraft revealed that this change was due to a resilient and forward-looking mindset. “We have this saying on the team: ‘zip it’. Zip up a problem, forget about it, move on to the next play…so being able to bounce back from mistakes really helped us win,” Kraft said.

The Blazers’ next game, and their first playoff game, is against Wheaton at 7:00 p.m. on Thursday, May 12. Tickets must be bought online using this link.

Gabe Prevots. Hi, I'm Gabe (he/him), a senior at Montgomery Blair High School and the features editor of SCO. I enjoy biking, video games and correcting minor mistakes in my stories. If you find any, let me know! More »