Blazers say yes to competing at the next level

On Nov. 15 senior Madison Waechter committed to the University of Wisconsin-Madison and signed the letter of intent to officially join their swim team. Waechter finally made the decision to commit after considering offers from three different schools. "I loved everything about the school: the academics, the location and the swim team had a great atmosphere," she said. 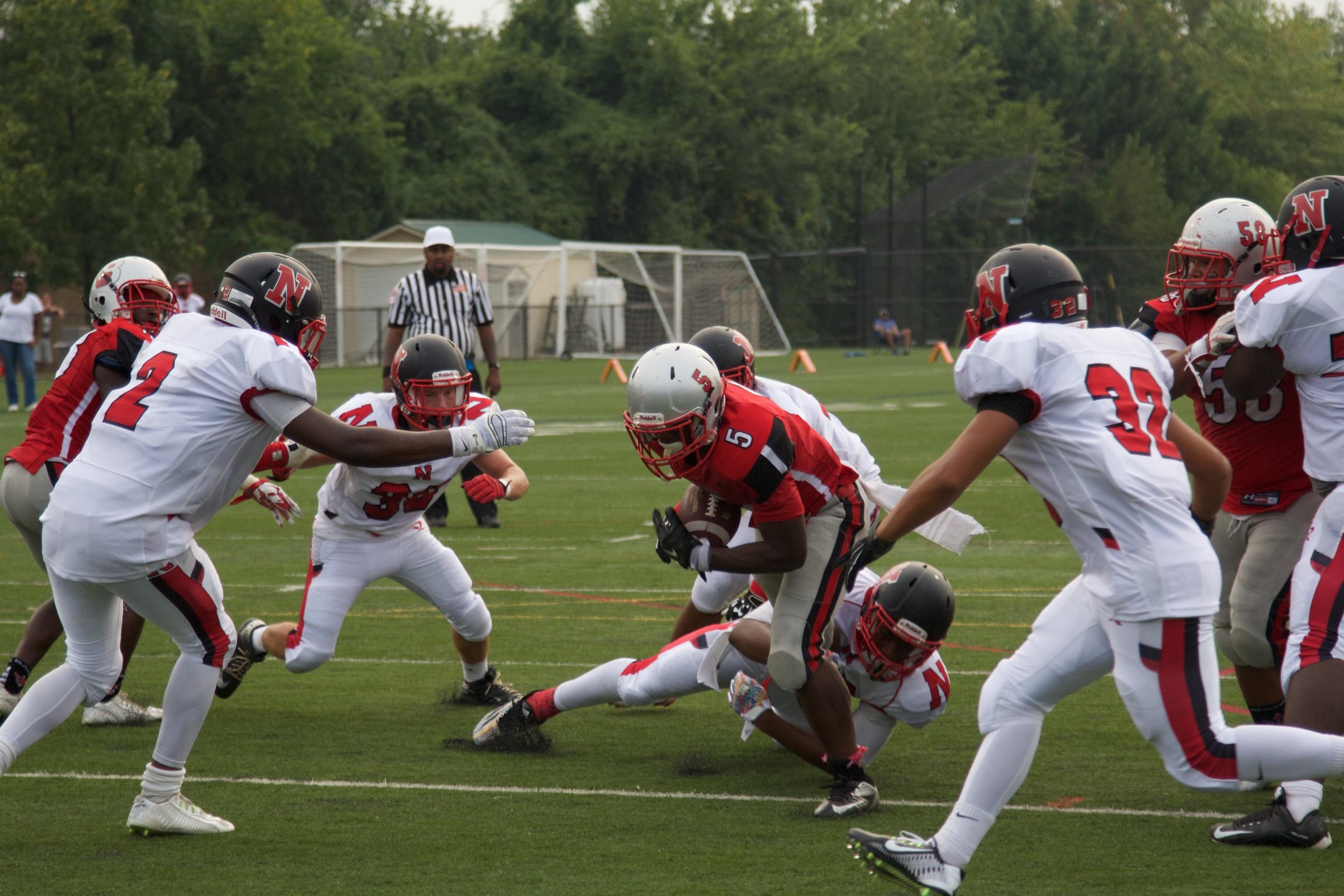 Photo: Senior Eric Zokouri will be headed to Monmouth next year.

Photo: Senior Eric Zokouri will be headed to Monmouth next year.

Shepherd, Monmouth, and Lackawanna are receiving football players from the Maryland Elite 33 team (Zokouri and Carter), and members of the Montgomery County Coaches 4A first team (DeLeon, Carter and Zokouri), as well as honorable mention for Butler.

All boys say that they are blessed to have received these opportunities to play football at a higher level. In a tweet announcing his commitment to Shepherd University DeLeon said: "I would like to say thank you to my family, friends and coaches who supported me through the recruiting process." 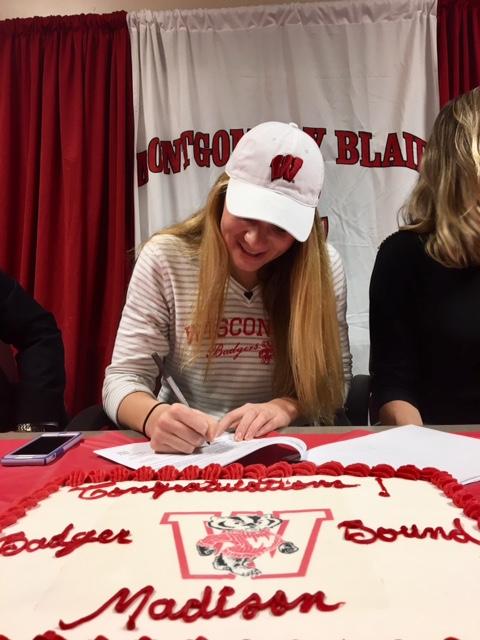 Photo: Senior Madison Waechter signs on to swim at University of Wisconsin- Madison.

Photo: Senior Madison Waechter signs on to swim at University of Wisconsin- Madison.

Senior Jordi Long committed to play soccer for Carnegie Mellon, a National Collegiate Athletic Association (NCAA) Division 3 school, on Oct. 24. He played varsity soccer for Blair for three years of his high school career, playing attacking center midfielder and other offensive positions. After being in the magnet program at Blair, Jordi thought that Carnegie Mellon was a good way to combine academics and athletics so that he could do both the things he loves. In an instagram post Long credited his teammates with his success. "I couldn't have done it without my boys from Blair," he said.

A few more Blair students are still waiting to make decisions about continuing their sports careers in college. A Blazer to look out for is Thierry Siewe-Yanga, a track state champion, who has yet to publicly announce his college of choice. Siewe-Yanga said he is likely to decide in April.