Blazers sent home in second round of regional playoffs

Despite a myriad of struggles, Blair's varsity boys' basketball team managed to produce positive achievements during the 2006-2007 season. The team took home a trophy at a holiday tournament and won their first home playoff game in a decade, defeating Watkins Mill last Friday 44-37. Unfortunately, the season ended with a whimper as the Magruder Colonels (17-5) handily defeated the eighth-seeded Blazers (5-18) by a score of 58-31 on Monday night, ending their run in the Montgomery County 4A regional playoffs. While the Colonels shot lights-out from the field and from the free-throw line, the Blazers struggled mightily with their scoring all night, concluding the season with a deflating loss in the wake of back-to-back wins. 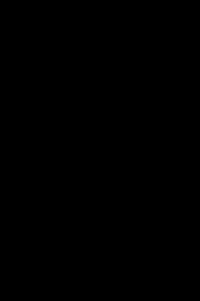 Photo: Junior Issy Melton gets double-teamed and fouled by the Colonels during the 58-31 loss.

Junior Issy Melton gets double-teamed and fouled by the Colonels during the 58-31 loss. Photo courtesy of Jeff Lautenberger.

In a raucous and crowded Magruder gymnasium, the momentum clearly started with the Colonels. Magruder's packed side erupted as arena staples "Kernkraft 400" and "Welcome to the Jungle" blared to start the game, drowning out Blair's small but vocal following. The Colonels won the tip, but turned it over just 10 seconds into the game when guard Justin Lee was whistled for traveling. On the Blazers' first offensive possession, senior forward Ross Williams missed a three-pointer from the corner, an ominous sign of Blair's shooting performance to come. Williams remained the focal point of Blair's offense though, scoring the first points of the game with a jumper at the top of the key with 6:51 left in the opening period. This would be the last time that Blair would have the lead, as Magruder soon answered with one of two free throws and an easy layup soon thereafter to put them ahead 3-2 with 5:45 to go, a lead they refused to relinquish all game.

Down early, the Blazers soon became visibly flustered. After a careless turnover by senior guard Darius Smith, Magruder senior Donald Robinson made his presence known with an easy finger roll. Robinson entered the game averaging 18.1 points per game, and Blair coach Mark DeStefano called Magruder's star "probably the best player in Montgomery County." With 4:10 remaining, he added a jaw-dropping alley-oop dunk that put the score at 7-2 and sent the Magruder faithful into a frenzy. Junior guard Joe Dubuche answered with a quick three-pointer for Blair. As the opening quarter came to a close, Blair brought the score within two after a steal and two offensive rebounds resulted in four points.

In the second quarter, the game began getting out of reach for Blair, as they struggled mightily from the field while Magruder was sinking jumpers and getting to the free-throw line with ease. Rebounding was also an issue for the Blazers, as the Blazers were consistently outrebounded at both ends of the court, leading to short-lived possessions for Blair and second-chance opportunities for Magruder. In an attempt to bring Blair back, Williams drew two fouls in the paint, but made just one of four free throws. Senior forward Matt McClain nailed a sweet three-pointer with 2:39 left and junior center Issy Melton scored on a putback with less than a minute to go, trimming the Magruder lead to single digits before halftime, with the score at 24-15. 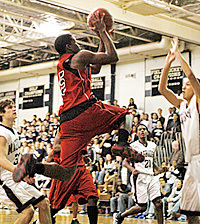 Photo: Junior Joe Dubuche makes the most of his time on the court near the end of the game.

Junior Joe Dubuche makes the most of his time on the court near the end of the game. Photo courtesy of Jeff Lautenberger.

The third quarter became ugly very quickly, as Magruder's shooters caught fire while Blair remained ice-cold from the field. The Blazers managed just four points in the entire period, with a basket apiece for Williams and Melton. Robinson, who had taken a spill at the end of the first quarter, wincing on the floor for several moments before returning, opened the period with a three-pointer, and added a dunk off an offensive rebound with 5:45 left. Magruder dominated in the third, outscoring Blair 18-4 during the quarter, including three straight three-pointers to end the period. There were some bright spots, though, including a rousing block by McClain with 5:22 left and a nifty basket off an offensive rebound by Williams moments later, but for every good move there was a sloppy turnover or a missed open jumper. Magruder executed their own offense to a tee while pouncing on Blair's mistakes and shooting woes.

Blair entered the fourth trailing 42-19, an insurmountable lead save for a miracle, as they tried to mount a last-ditch rally. Smith hit a long three-ball with 7:04 remaining, but the Blazers' sloppy ball handling, poor rebounding and inconsistent shooting persisted. With the game out of reach, a conspicuously exasperated Williams took a seat as DeStefano brought in a new lineup with five minutes left. Joe Dubuche, Sam Francois, Rex Jarrett, Mohammed Mansaray and Quentin Snively finished the game as Magruder went down their bench as well. In the waning minutes, Jarrett hit one of two free throws and Francois scored two baskets. The final buzzer sounded as the Magruder faithful exploded, the final score an unsightly 58-31 walloping.

Williams led the Blazers with nine points in his final game in a Blair uniform. Dubuche added five, while Francois and Melton both dropped four. Other Blair points came from McClain with three, Smith with three, Snively with two and Jarrett with one. Magruder's Julien Bouil led all scorers with 14 while Robinson finished with 12.

Photo: Senior Sam Francois fights for the ball during the fourth quarter.

Senior Sam Francois fights for the ball during the fourth quarter. Photo courtesy of Jeff Lautenberger.

After the game, coach DeStefano gave a rousing speech to his visibly distraught team, supplying encouraging words and emphasizing the positive aspects of the game and the year as a whole. He cited the accomplishments of this team, winning a trophy at a holiday tournament and winning their first playoff game in 10 years. The squad's anguish was a sign of their passion and dedication to the team, something that had been missing in years past.

Although disappointed by the loss, DeStefano was satisfied with the team's performance. "It's a tough situation for all of us," he said. "Nobody's happy with the result, but we're happy with the effort." The coach said that his team was taking good shots, but they just were not going in.

DeStefano gave credit Magruder for their effort in the win. Along with having one of the county's top players in Donald Robinson, they had a roster where "everybody on the team could shoot the ball," making them a "tough team to beat down the stretch." Their three-pointers were on target, and they made their free throws, a formula for success. "There's a reason they're the number one seed," he said.

Overall, DeStefano said that he was proud of the team's play over the course of the entire season. Although they finished with a meager 5-18 record, DeStefano felt that Blair was back on track. "We played hard all season," he said, remaining competitive in every game while playing with a good consistent effort.

The coach remains optimistic about the future of the team. He feels that the Blazers' made excellent progress this past year, and will continue to improve. Although they will miss the incredible athleticism of seniors like Ross Williams, their communication and teamwork will continue to grow. And though Monday night was a dark spot, the prospects for Blair boys' basketball remains bright, with juniors Dubuche, Melton, Snively, Mansaray, Jarrett, Milton Colquehoun and Marcellus Mohammed set to return.

"Building is the hardest part," DeStefano said. "[Our team this year] played hard, and I'm proud of the effort."