After coming off a dominating win over Einstein last Friday, the varsity field hockey team (1-1) found an aggressive opponent in the Damascus Hornets. Unable to overcome a lack of communication and slow transitions, the Blazers fell to the Hornets 3-0. 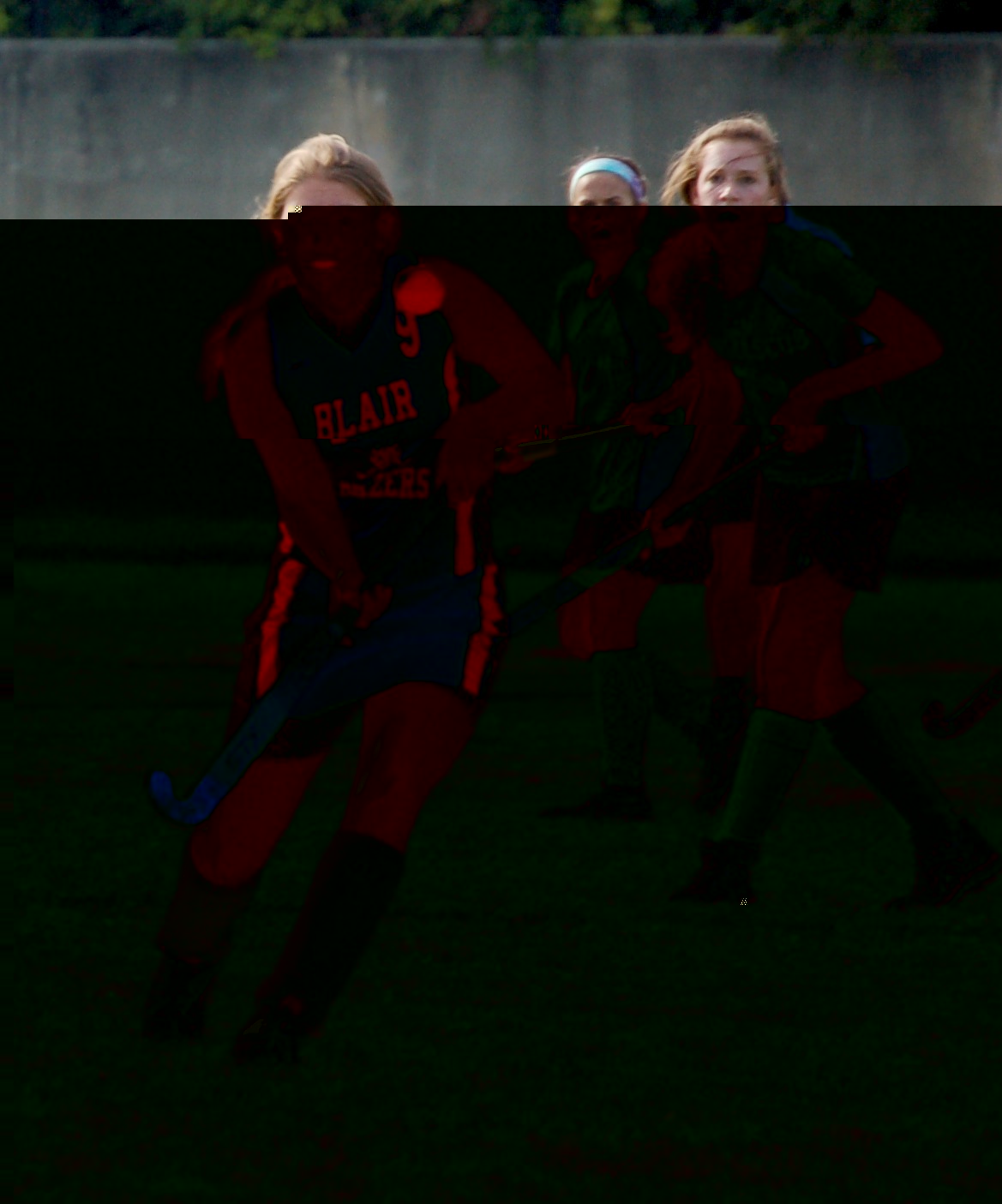 Photo: Senior Rachel Passman gets control of the ball during Wednesday's game.

Head coach Brook Franceschini was a strong vocal presence on the sidelines, urging her players to be more aggressive on the field and to "play the ball, not the stick." Slow transitions from offense to defense began to plague the Blazers, making it difficult for the team to drive the ball down the field.

Long hits and steals by sophomore center defender Janet Henkai and junior center midfielder Lily Alexander were unable to overpower the strong Damascus team. The Hornets were thriving in their fourth game of the season, as opposed to the Blazers, who were playing just their second.

Taking advantage of Blair's inexperience in playing together, Damascus was able to score two goals before the end of the first half.

At the beginning of the second half, the field hockey game had begun to resemble a game of Pong as both teams had fired up their defensive players and made scoring a goal, or even just driving the ball up the field, much more difficult than in the previous half.

Something had started clicking for the Blazers towards the end of the game, resulting in two consecutive corners for Blair. However, Damascus's flyers were able to outplay the Blair offense and the two goal attempts were unsuccessful.

Despite strong efforts by senior co-captain Julia Stratton and left forward junior Nellie Garlow, Damascus was able to score one more goal before the end of the game.

Franceschini was understanding of the team, commending them for a good effort. "We did a lot right, but we didn't capitalize on a lot either," she said. She urged them not to dwell on the loss and to refocus for the next game. "Do not hang your heads low," she told the team during the post-game huddle.

Inexperience and a lack of connecting the midfield, offense and defense really hurt the team, according to Luker. "It's only our second game," she said. "We couldn't link the ball that well today."

Henkai realizes the need for the team to work on building team chemistry during the season. "I think we played well individually. We just haven't been able to connect," she said. "It'll just take time and experience to have trust in each other."

The Blazers' next home game is Sept. 25 against Poolesville at 3:30.