The Montgomery Blair Blazers (1-0) used a huge offensive first quarter to obliterate the cross-Boulevard rival Northwood Gladiators (0-1) 48-3 in the Battle of the Boulevard on Friday.

Right from the kickoff, the Blazers were ready to go. Junior Cliff Carter returned the opening kickoff for a touchdown, and just ten seconds into the game Blair was up 7-0. The opening kickoff helped the team settle in and get the season started the on a high note., "I think the first kickoff was a good boost for us, it got everyone feeling right, and got all the preseason jitters out of the way. That strong start led to the rest of the game going as we planned," junior quarterback Desmond Colby said.

On the ensuing drive, the Blazers defense quickly stopped Northwood and allowed their offense to take the field for the first time this season. Led by Colby, the Blair offense made quick work of Northwood defense. Colby tossed a short pass to Eric Zokouri, who did the rest of the work and ran behind his blockers for over 50 yards into the end zone. 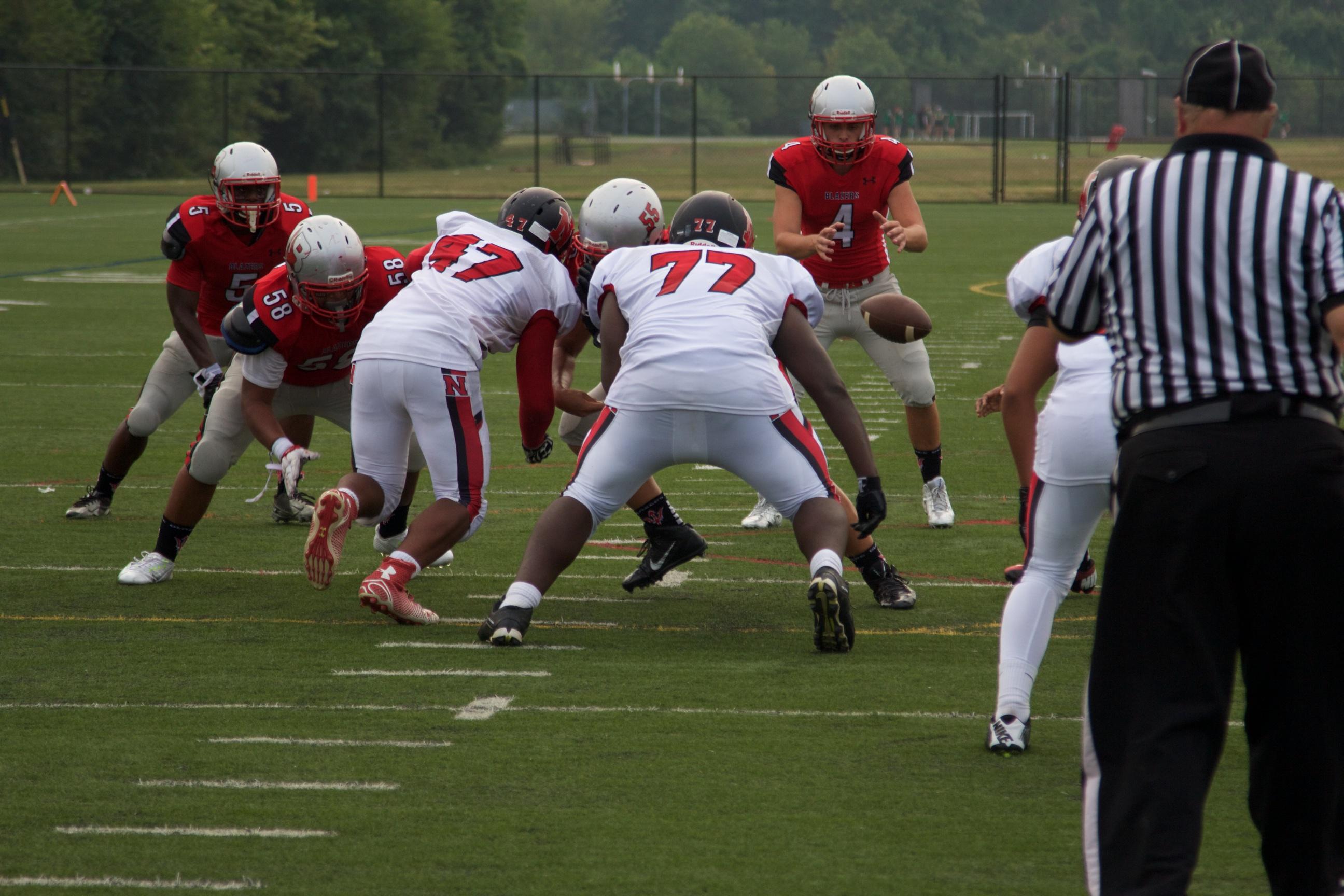 All evening on defense, the Blazers demolished the Northwood offensive line. With 4:30 left in the first quarter, Carter intercepted the ball and ran it back 36 yards for his second score of the game. Carter seized both opportunities, and turned them both into pivotal plays. "I'm speechless," he said of his score on defense.

In the second quarter, the Blazers responded to a Northwood field goal with a productive offensive drive capped off by a rushing touchdown by Colby. On the following kickoff, the Gladiator return man tried to laterally toss the ball to his teammate, but it was out of his reach, and the Blair special teams unit jumped on the loose ball. Blair could not capitalize however, and they were intercepted deep in their opponent's territory.

But the defense quickly gave the offense a second chance. Just 20 seconds later Blair forced the Northwood quarterback to make a dangerous throw that was intercepted by junior defensive back Chris Butler. Head coach Andrew Fields praised the defensive play that led to the offensive explosion in the first half. "Offensively we fed off of our defense, which fed off of our special teams. All three phases scored the first three touchdowns, so they all fed off of each other, and it was an awesome way to start," Fields said.

The Blazers scored again on a pass from Colby to senior Omari Brooks. Blair closed out the half with a fumble recovery and another score when senior running back J'Den Seals punched in a touchdown with 18 seconds left to cap off the half with a 41-3 lead.

In the second half the scoring slowed dramatically. With three minutes left in the third quarter, the second team came on for Blair. The only other score of the game was a short run by junior Travis Taylor.
When the game ended, the Blazers came out with a 48-3 victory. "I think we have some things to clean up but it wasn't a bad start," said Colby.

Coach Fields keyed in on the penalties the Blazers had throughout the game. "We've got to be more disciplined as a program, there were too many penalties. We're going to lose games this year if we play like that," he said.
Blair plays at B-CC (0-1), who lost 47-6 to Sherwood, next week. Last year the Blazers beat B-CC 7-0. "We've just got to practice hard, listen to what the coaches tell us, and go over our script,” Carter said.