The Blair girls' tennis team (2-2) defeated the Watkins Mill Wolverines (0-5) in every match, by a final score of 7-0. The inexperienced Watkins Mill squad was an easy match for the veteran Blazers. 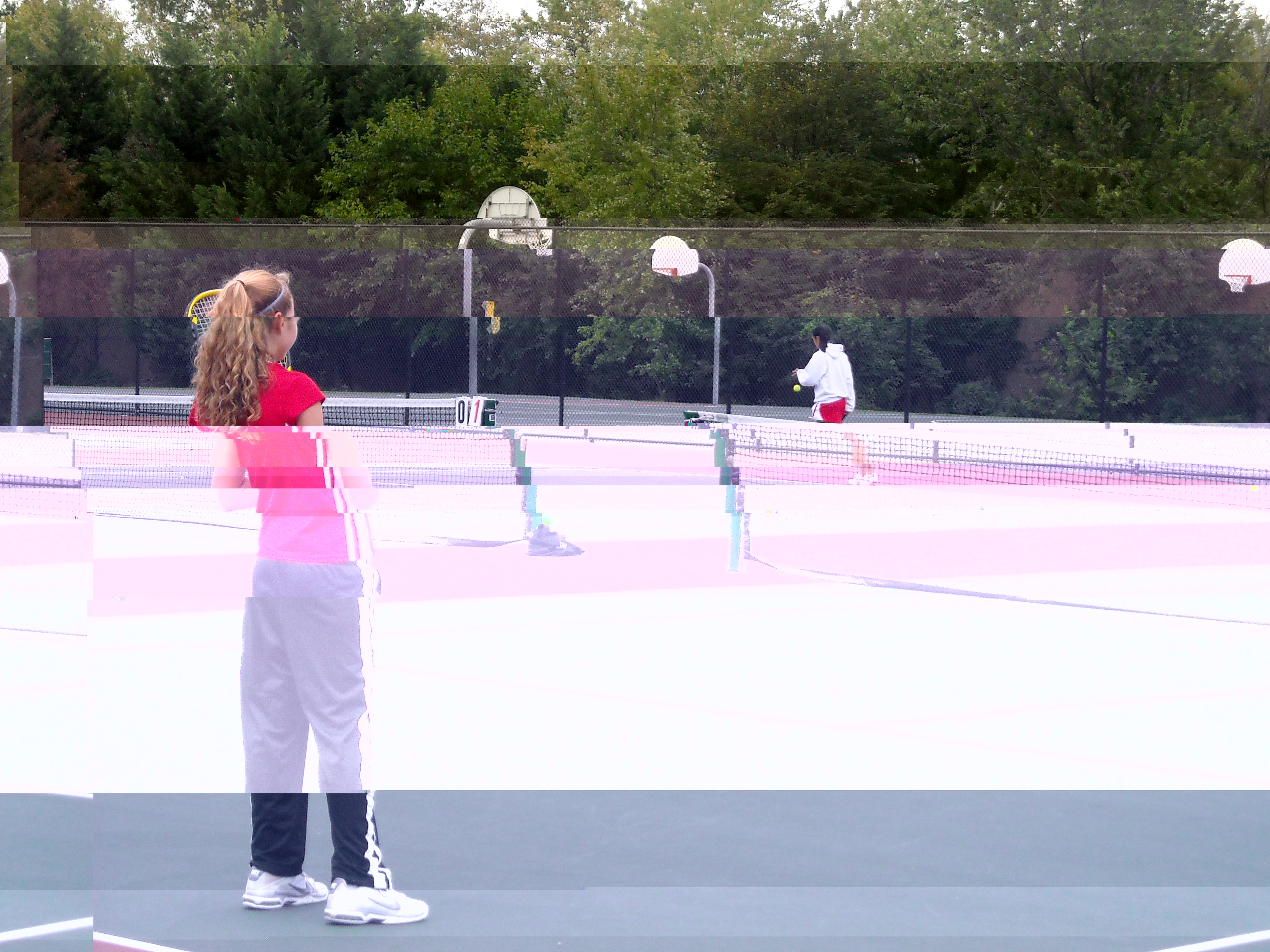 Blair had a complete shut out, without allowing the Wolverines to score one point. They won each match by a score of 6-0, 6-0. Though the team appeared frustrated with the Watkins Mill's inconsistent hits, the Blazers relaxed as the matches progressed.

The Blazers went into each match with confidence and expected an easy victory against the Division III Wolverines who have yet to win a game and have many first time players. "We knew we were going to win," senior co-captain Olivia Nono said.

Junior Allison Whitney attributes the team's success to their patience through the matches. "We didn't get frustrated when they hit the ball in random directions. We just kept our cool and hit it back," she said.

Coach David Ngbea believes the hardest part of playing a team composed of many rookie players is the unpredictability of returns. "A lot of Watkins Mill players started playing only two weeks ago," he said. "We had to really be on our feet to anticipate where the ball was going to go."

As Blair prepares for the upcoming games, senior co-captain Jane Lee believes the Blazers' success in doubles matches will depend on creating more team unity and getting comfortable early on in the game. "We need to get situated, work together and get accustomed to the balls,” Lee said.

Girls' tennis plays their next home game on Monday, Sept. 19 against Churchill at 3:30 p.m.