Team strives to achieve precise technique and a close-knit community

It's somewhere between a sport and a dance form, a means of expression and a medium for competition, a source of pride and a lesson in self-discipline. A dance form that originated in the United States, stepping brings the members of the Lady Blazers, Blair's step team, together as artists, teammates and, most importantly, as family. 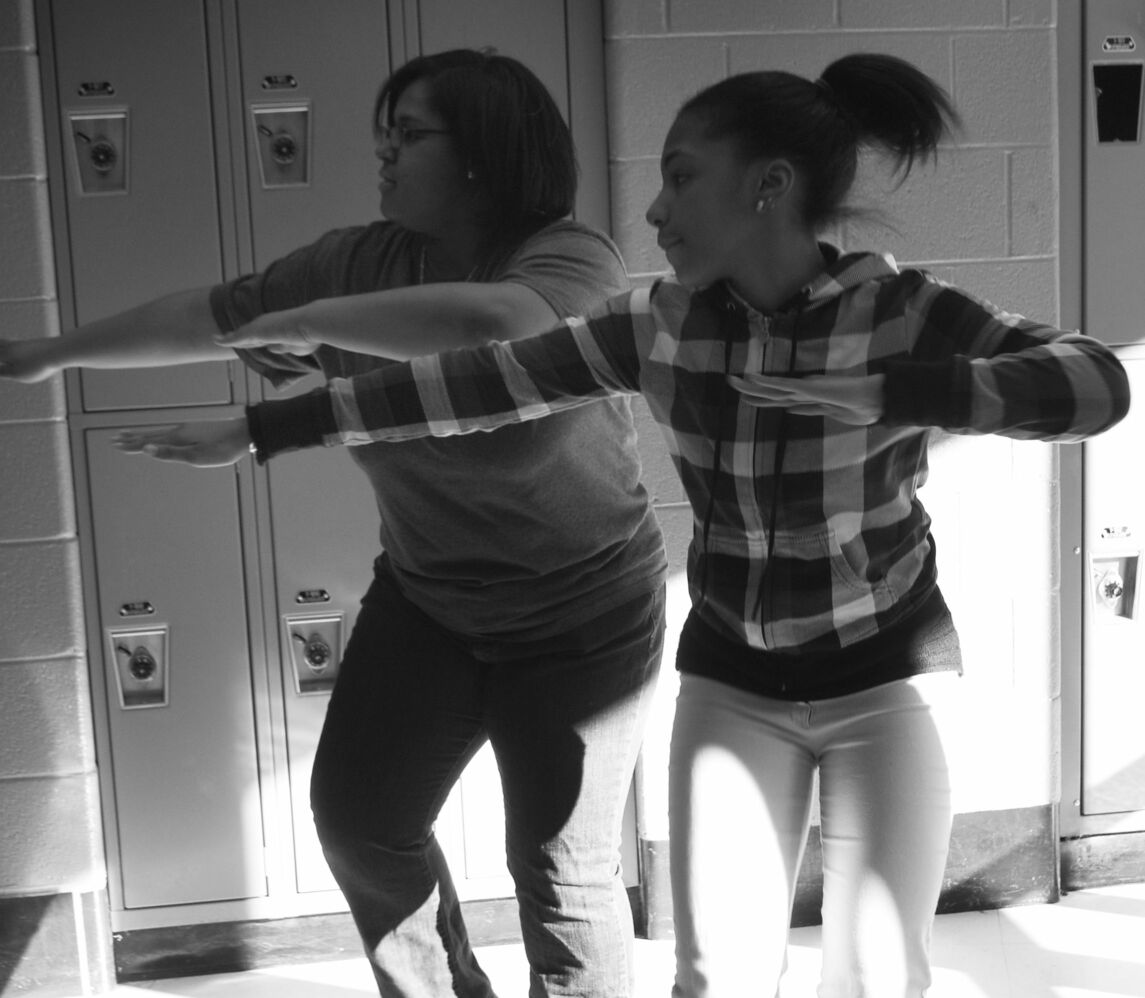 Stepping, which includes elements of South African gumboot dance and other percussive dance forms, evolved from the music and dance of African-American collegiate fraternities and sororities in the mid-20th century, according to Giani Clarkson, arts education manager at Step Afrika!, a Washington, D.C.,-based step company. Step is both a visual and musical art, Clarkson says, characterized by rhythmic stomping and clapping and unified movements and formations within a team. The culture of step in the U.S. has boomed in recent years thanks to mainstream media references beginning in the late ‘80s and continuing to today with movies like 2007's "Stomp the Yard,” says Clarkson. And with it, so has interest in high school step teams across the country. Blair's step team returned this year with seven members after a year of inactivity, and its small ranks are united by a bond that resonates more deeply than their stomps and claps.

The spirit of sisterhood

The step team works much like any other sports team, creating new steps and perfecting old ones every Tuesday through Thursday from 2:10 to 4:15 p.m. in social studies teacher Maima Barclay's classroom. Together, the seven team members, who were selected by audition from a pool of about 20 girls, run through steps and critique one another's technique in preparation for performances and competitions around Montgomery County.

But Barclay, the step team's adviser, focuses not just on the steps themselves, but on fostering a strong bond of friendship and commitment to academic excellence among the girls on the team. Affectionately christened "Mommy” by senior manager Dreonna Speight, Barclay brings the girls together in her classroom in the afternoons to "debrief” and chat about grades, relationships and other issues. The room fills with laughter as Barclay and the girls sit around Barclay's desk, snacking and teasing each other.

While most of the girls, many of whom are freshman and came from different middle schools, didn't know each other until this year, freshman co-captain Amal Abdu says that their openness with one another has allowed them to forge a close friendship. For Abdu, their after-school sessions not only keep her focused on grades and give her something constructive to do after school, but they also make the team feel like a family. "We discuss stuff that we wouldn't discuss with other people,” she says.

Sophomore Caryne Moses has turned to Barclay for moral support and advice, and feels that Barclay makes an effort to help out the girls on the team in every way she can. Barclay believes that this atmosphere of support and sisterhood is paramount, especially within a large community like Blair. "Blair is a big school, and anywhere that people can find connection to each other is appreciated,” she says.

For a team hoping to remain in sync on every beat, this close bond is an imperative asset. Clarkson says that the connection created through stepping has been a common thread among teams through the ages. "Having the spirit of camaraderie to work with other people has always been one of the most important lessons of stepping,” he says.

In practice, this tight-knit sense of humor is in no short supply. "There is never a practice where I never laugh,” says Moses with a smile. Claimed by her teammates to be the funniest member of the team, Moses enjoys joking around with the steppers as they work on their routines. "Sometimes, we just dance,” she says, remembering a time when the team collectively taught her how to "jerk,” a popular dance form among teens today.

Between joking and jerking, however, the team puts in serious work. Choreographing steps is their primary task, a collaborative effort that the team members complete both individually and in groups. The girls draw from a variety of sources of inspiration to come up with new moves - for Abdu, beats from songs she listens to and YouTube videos of dancers like hip-hop artist Luam provide ideas that she incorporates into her choreography. 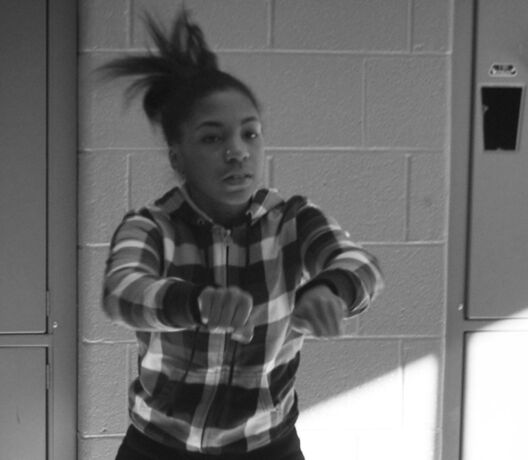 Photo:
Once the steps have been created, they work to refine their routines. While they run through steps, the team members focus on stomping and clapping loud, enunciating their words, projecting emotion to the audience and executing sharp lines with their arms, says Abdu. As a reminder of what they must accomplish, the step team looks to a poster in Barclay's room, inscribed with the team's "three P's”: precision, projection and perfection. These three elements of step are lofty goals, but the team works hard to achieve them, staying at practice until five p.m. as performances approach and turning off the classroom lights as they practice so that each person can concentrate on her own dancing without distraction. Team members must run up and down Blair's staircases as punishment for not being focused, Moses says. According to Clarkson, focus and discipline are two crucial characteristics for steppers to achieve precise technique.

The payoff of the team's continued practice comes at their performances, which can bring the team even closer together than it is in practice, says Moses. According to Moses, the girls are quick to support each other and tell each other "You got it!” when it comes time to share their steps in public. At the SGR Spectacular, the team's second of two shows so far this year, she says, the team was tighter than she had ever seen it, with everyone joking and conversing as a unit. This closeness was evident in their steps as well - with the lights of the SAC dimmed just like the darkened lights at the team's practices, the team felt at once comfortable and excited, and put on a show that they were proud of, says Abdu.

Performances are an opportunity for the team to relate outside of its close-knit group, and the team hopes to make its presence known through more shows in the future. Moses feels that because the step team does not have the advantage of being associated with varsity sports games like cheerleading does, it is not well-known among Blair students. In her experience, many write off the team's performances as trivial and uninteresting.

This is a perception that she and Abdu are determined to change. The two plan to get the team to perform at a Blair sports event this spring, and to place in local step competitions. Before these events, Abdu says, the girls must keep working toward better technique to make the best possible impression in performance. She is optimistic - according to Abdu, it is becoming easier and easier for the girls to work comfortably as a group and critique one another as the team grows closer. "We're molding together,” she says. Both Moses and Abdu hope that this growing bond and the team's hard work will lead them to success within their group and in the eyes of their peers. Until then, the team continues to clap and shout in Barclay's room in the afternoons, stepping closer and closer to a united perfection.