Summer comes with a great mystery – what are our teachers doing right now? Students may theoretically know that teachers have lives outside of school, but it's still difficult to picture teachers at the beach or watching fireworks on the Fourth of July. Yet as the years go by and students begin to realize that teachers are actually people, the concept becomes more and more intriguing. What do they do?

This year, a group of Blazers know exactly what their teachers will be doing for at least part of the summer. Why? Because they're going with them, traveling to new countries – this year it's Eastern and Western Europe – and bringing new memories back home. 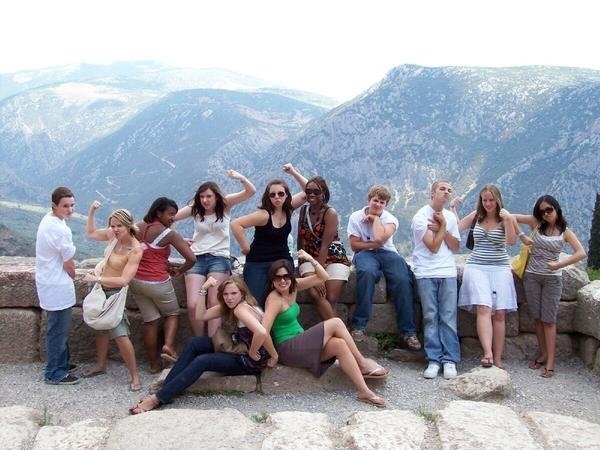 CAP Coordinator and Journalism teacher Anne Cullen has always loved the excitement of traveling. "When I was younger, anything I did reminded me of something I read in a book," she says. "I was determined that one day it would be the other way around, that I would be able to read something and say, 'I've been there' or 'I've seen that.'" Cullen has led many trips with Blair students in the past, but she has not gone for the past few years because she was busy caring for her young son. Cullen handed the primary responsibilities of trip leading to English teacher Sarah Fillman, although others – such as French teachers Michael Honigsberg and Mbaya Kabemba – also run trips.

"When my son came along, I had to put the trips on the back burner and hand the reins to Ms. Fillman, but now Henry's older and I want to get back in the game," Cullen says.

This year, she is leading her own trip through Eastern Europe with stops including the cities of Berlin, Budapest, Prague and Krakow, in addition to a visit to the concentration camp Auschwitz. Cullen says she is excited to visit parts of Europe she's never been to before and to see a culture that is much less Americanized than Western Europe. "I've been all over Western Europe," she says. "A lot of Western Europe was destroyed by World War II. That's why I'm excited to see Eastern Europe because so much of it was never rebuilt and there's less of the Western influence. You can get American food pretty much anywhere in Western Europe, but that's not true of Eastern Europe."

Cullen also says that she specifically loves traveling with teenagers. "I like to travel with teens because I like to watch them see the world for the first time," she says.

Fillman's motivation to travel has an academic component. Having taken students on trips to England, Rome and Greece, the places where many Shakespeare plays and classroom readings such as The Odyssey, take place, she finds that connecting her personal travels to literary works can help gain student interest. "I can show them pictures from the places in the books, say, 'I went there,'" she says. "It really lights a fire under me to understand the history of the place, and it helps the kids because they see my respect for it."

Junior Enoch Hsiao, who is going on Cullen's Eastern European trip, has a strong desire to expand his horizons – this passion is his main motive for wanting to travel. "I saw this as a great opportunity to see a part of the world I've always wanted to visit," he says. 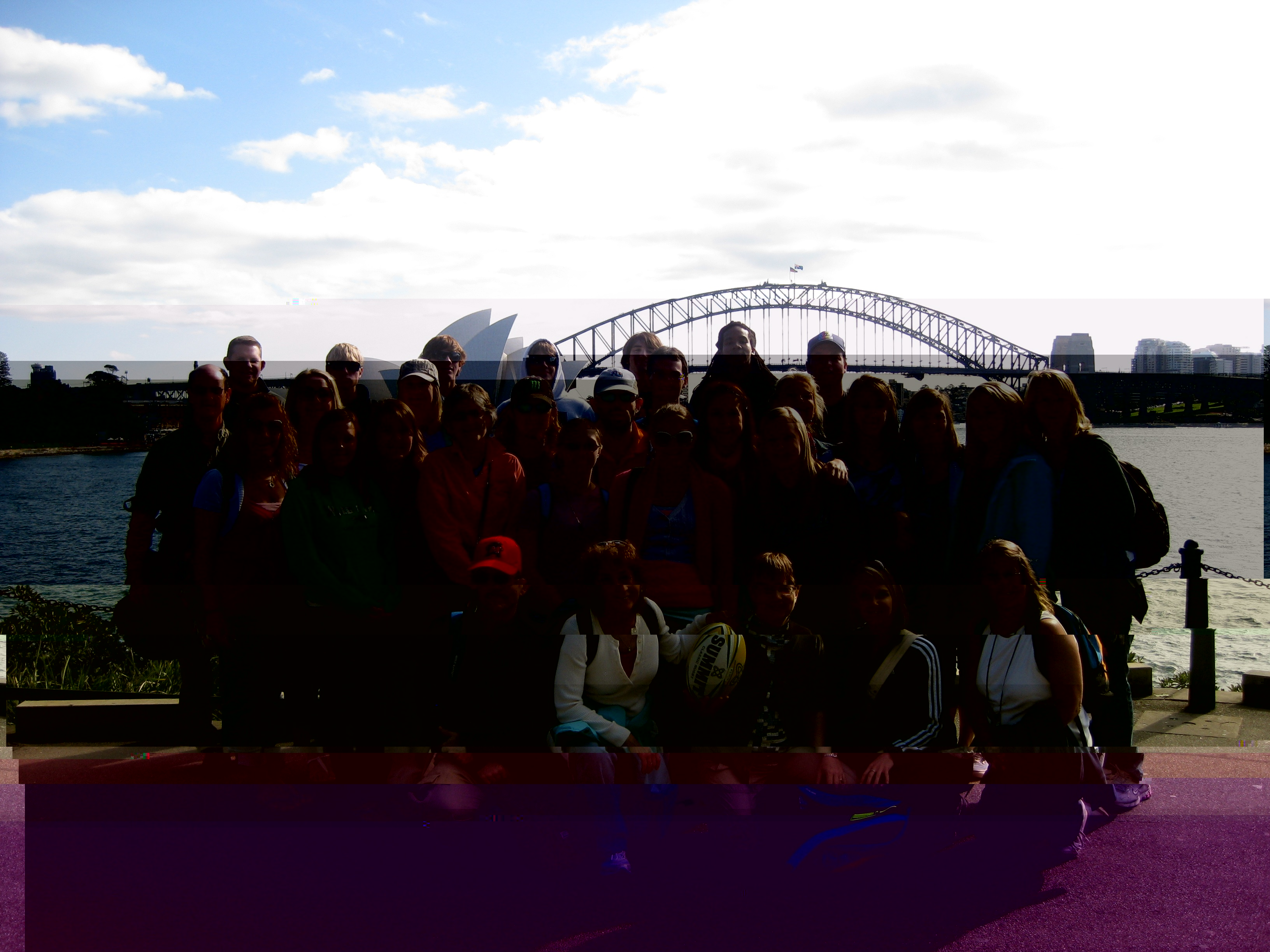 Photo: Fillman and a group of Blair students pose in front of the famed Sydney Opera House while on a trip last year.

Photo: Fillman and a group of Blair students pose in front of the famed Sydney Opera House while on a trip last year.

All of Cullen's and all of Blair's summer trips go through Education First (EF) Tours, a tour company that has been running student trips abroad for 45 years. According to Cullen, the advantage of using EF is that the tour is completely scripted. When Cullen signed on to run the Eastern Europe trip, for example, she received a booklet that told her exactly how the tour is going to go, what they're going to see and even details telling them whether the tours of cities will be walking or guided. Cullen says this helps the tours run smoothly and makes these trips efficient and less stressful. "You just show up and all the work is done for you," she says. "It takes the guesswork out." Fillman agrees. "It's a great way to travel."

Former Blazer John Gillette, who went on a trip with Fillman every summer of high school, says that EF made the trips extraordinary. "It's the best way to travel – cheap, informative, fun and with your friends. It wasn't overly rigid but also gave us plenty of information on the places we visited," he says.

Not only does EF plan the actual trip, but it helps teachers and students plan the financial and logistical aspects as well. EF provides booklets that take tour leaders step-by-step through the process of setting up a tour, including holding an informational meeting, helping students sign on early so they can get discounts and communicating with all of the various tour guides that they'll be meeting along the way. Cullen says that EF makes it easier for families to pay without putting too much economic strain on their parents. "The company is so big and has been around for so long. They have a flat rate, and they can offer some deals. They can help kids pay," she explains.

Hsiao may be an outlier given that he is in the process of raising all his own money. "This summer I'm going to be interning at Webs, Inc, a web-hosting company in downtown Silver Spring," Hsiao says. "Combined with the money I made last summer working at Walter Reed, I'll have earned enough to totally cover the costs of the trip." Cullen says that for those unlike Hsiao, some sort of arrangement can usually be worked out. "We ask kids, 'how much could you pay?' and we start there," she says. 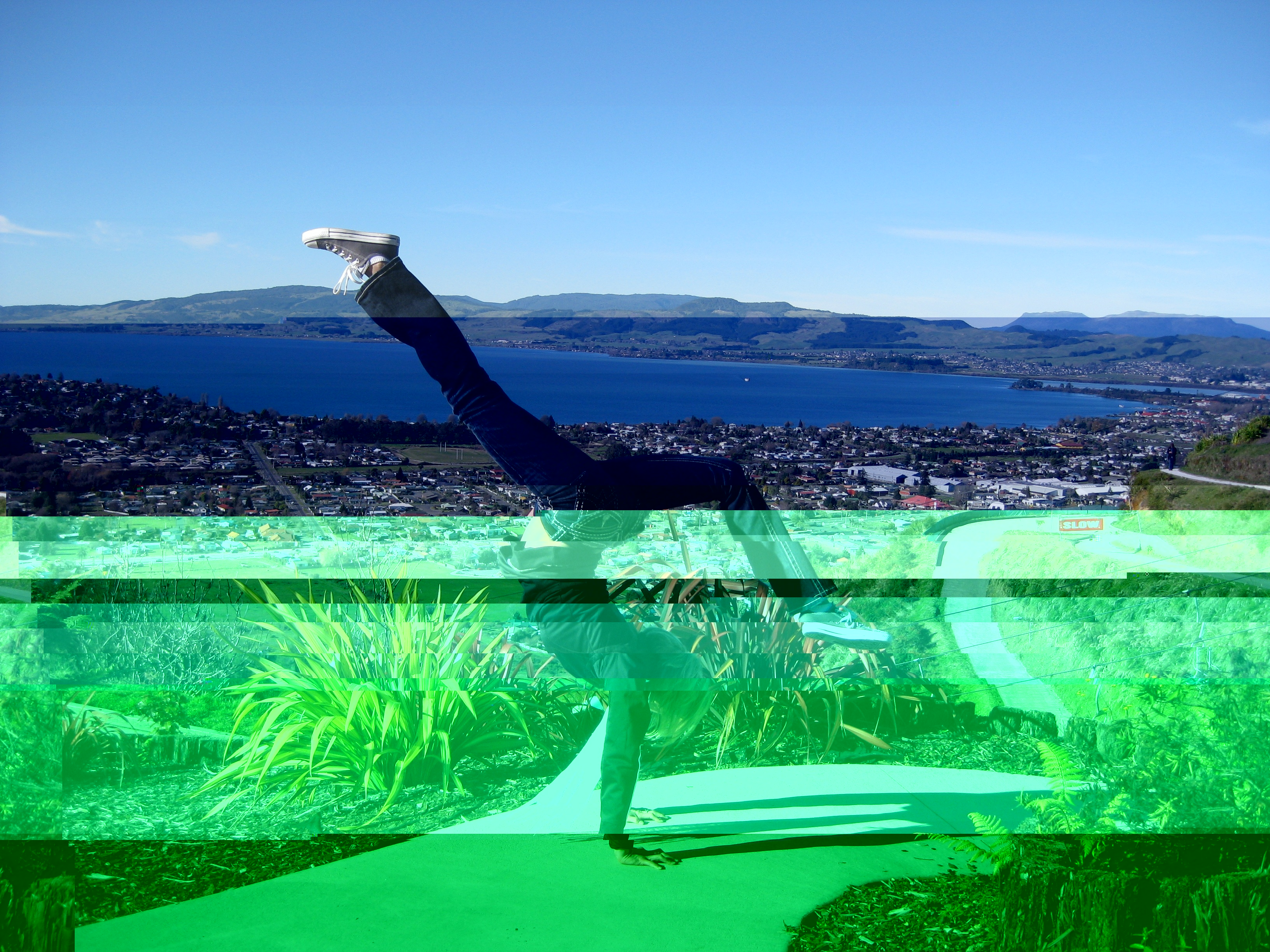 Photo: Fillman does a handstand in every country she visits. New Zealand is no exception.

Photo: Fillman does a handstand in every country she visits. New Zealand is no exception.

Fillman has been doing trips with EF for five years – to Greece and Turkey; Spain and Italy; Costa Rica; Ireland, England, Wales and France; and Fiji, New Zealand and Australia. "Australia was my absolute favorite so far. Sydney is so magical to me. There was so much to do," she says. "Greece was beautiful also – we went on a cruise. And I loved Costa Rica. I've never seen stars like that."

Additionally, the impact the trips have on the students is one of her favorite parts. "The kids just won't forget it," she says. EF has proof of this as well. According to one of their travel booklets, "More than 80 percent of [students] report becoming better communicators and collaborators as a result of their international experience."

Cullen tends to limit her trips to European locations, but she says that this allows her to really experience the area. "I've been to Paris three times, once alone, once with my husband and once with the students. The third time I really got to see the city in greater detail," she says.
Hsiao says that he hopes to get some of that cultural experience on his first try. "My cultural background is really only of the Asian variety and I don't want that to limit the way I live and see things. I've heard beautiful things about Eastern Europe, but it's really the different culture that I want to see and experience myself," he says. "That's what makes this trip special to me."

Gillette says that he recommends the trips for anyone who can make it happen. "If you can afford it definitely go. It's worth it to travel and it's an experience of a life time," he says.