The city was a chaotic mass of 17 million people sprawled across the capital of the largest country in the world, but the quiet pink apartment was tucked away, six long stories up from the streets below. Inside, a gentle wind breezed through the feng shui-arranged space, and Blair science teacher Desiree Balla and her family were the new occupants, embarking on their year abroad with few expectations and eager anticipation.

Balla lived in Beijing with her family during the 2008-2009 school year for her husband Steve Balla's Fulbright scholarship. Having just returned from her trip this August, however, Balla considers her year in China as much an internal voyage as a physical one. 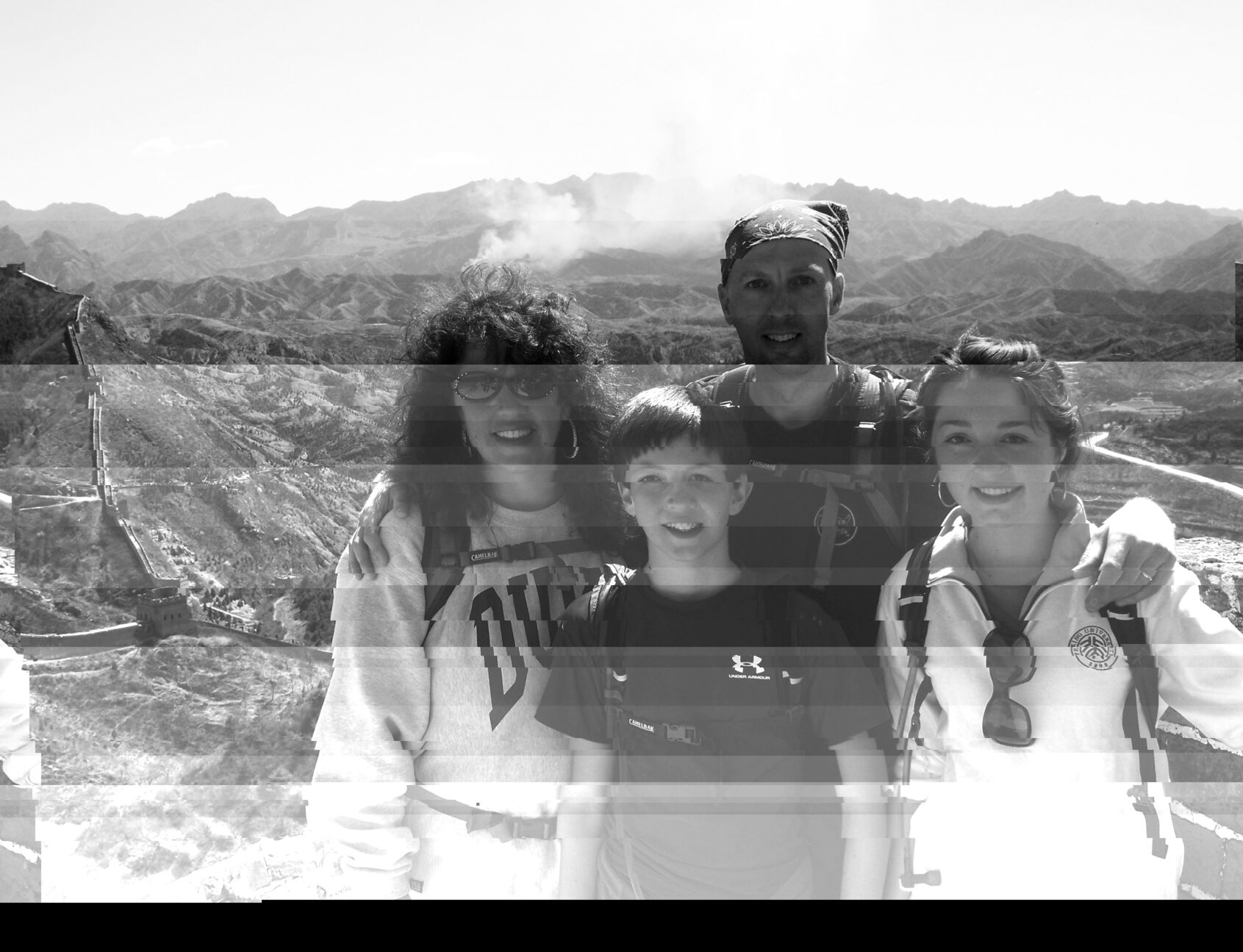 Photo: Desiree, Zoli, Steve and Julie Balla stand on the Great Wall during a morning hike from Jinshanling to Simatai. Picture courtesy of Desiree Balla.

Photo: Desiree, Zoli, Steve and Julie Balla stand on the Great Wall during a morning hike from Jinshanling to Simatai. Picture courtesy of Desiree Balla.

While the plane to China's capital city may have left the U.S. in mid-August 2008, that individual journey had begun four years before. During a 2004 vacation to China with friends, the family fell in love with the country. "The flow of life, the spontaneity of the people there and, in all honesty, the chaos was very exciting to us," she remembers. The Ballas, yearning to remain immersed in Chinese culture, began Mandarin lessons immediately upon their return, courtesy of Blair science teacher Lawrence Hsin's mother and myriad learn-a-language technology. They knew they would return to China – they just had to figure out how.

The trip of a lifetime

Their answer finally arrived when the Fulbright educational exchange program accepted George Washington University professor Steve Balla on Dec. 3, 2007. He was slated to research and teach political science at the prestigious Peking University. The family's celebration and joy in having a chance to live in China spun into cyberspace with a joyful proclamation on the Balla family blog, An American Family: "We will be living in China for a year!" wrote Steve Balla.

The eight months of planning that stood between Maryland and Beijing, however, involved a slew of logistical concerns, Balla says. The list included what to do with the house (they kept it), where to put the golden retrievers (the parents took them) and how to communicate with the folks back home (they used Skype and the blog).
But the mental preparations for their long trip, particularly for living halfway around the world, miles from the family and dogs, were far harder. "I would have these visions of getting back and rolling around on the carpet with the dogs," Balla explains. "It's not just a hop in the car to get to them."

The rest of the Balla family also had to decide how to spend their time overseas. Julie and Zoli Balla, Balla's 14-year-old daughter and 12-year-old son, respectively, enrolled in Beijing International School for the first semester. The school even offered Balla a teaching post. However, she decided not to take the job. "I took a mental health year," she laughs amidst the chaos of her reactivated Blair biology classroom.

But the "energetic" Chinese atmosphere, as Balla describes it, kept her busy even without an official job. The family's arrival during the Beijing Olympics provided a them with a flurry of activity throughout their first weeks in China. "The level of excitement there was just – just tremendous," Balla says. Although the Ballas did not catch any Olympic events, their experiences with the Paralympics were awe-inspiring, particularly watching a ping pong match in which the German victor had only one leg and used his arm stumps to play. 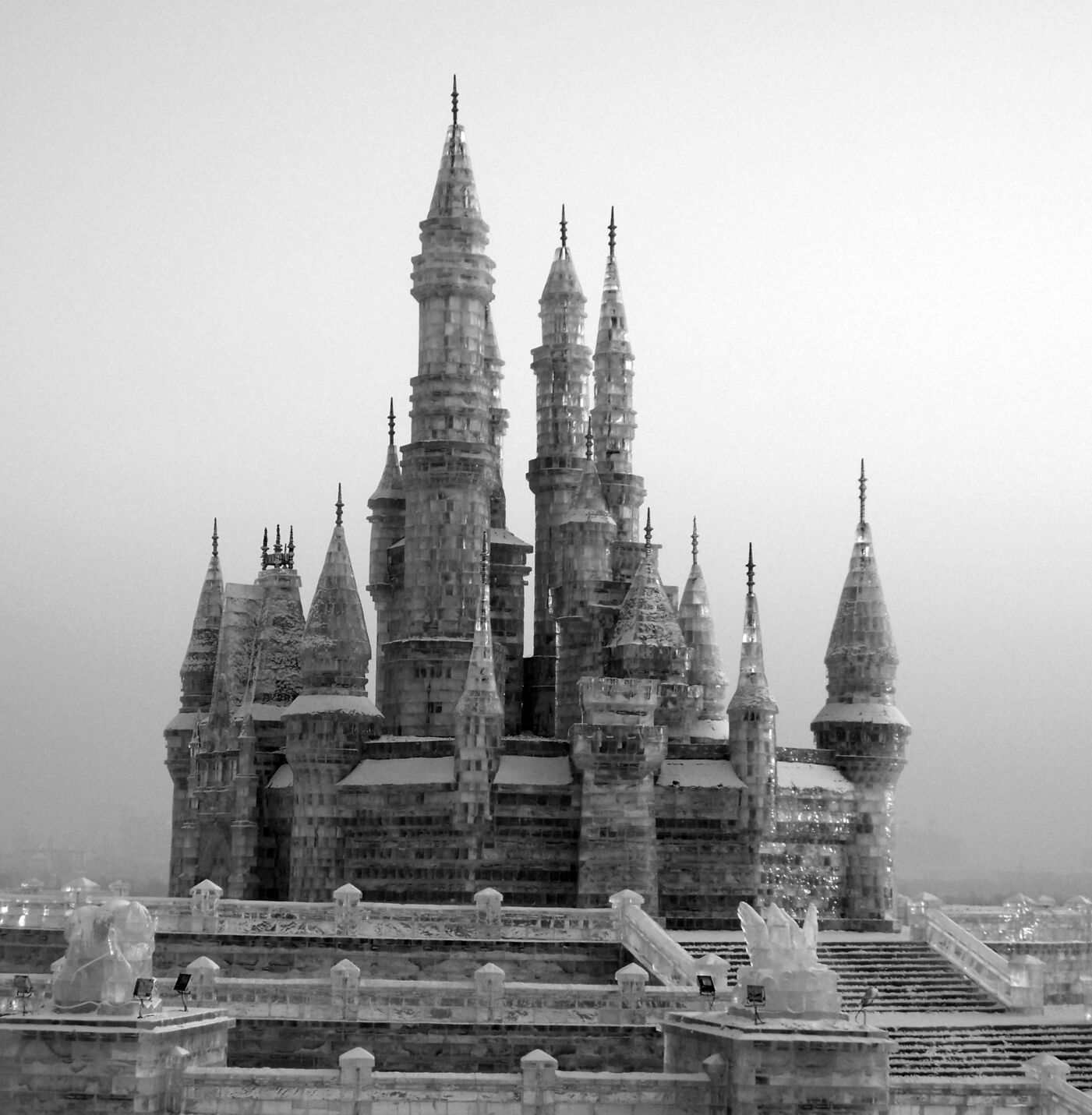 Photo: Among their many excursions, the Balla family visited ice castles in Harbin, China. Picture courtesy of Desiree Balla.

Photo: Among their many excursions, the Balla family visited ice castles in Harbin, China. Picture courtesy of Desiree Balla.

The excitement continued, as the family traveled all across China for Steve Balla's work, especially when Balla home-schooled her children later in the year. The country, which is only marginally smaller than the U.S. in area, boasted a surplus of travel highlights. Among Balla's favorites were bustling Shanghai, with world-class dumplings; the Great Wall of China, where crumbling sections made for precarious fun; Chengdu, with giant pandas but also devastating earthquake damage; and Harbin, a northern city where massive ice castles lit up by neon colors amazed the Ballas.

The most transformative experiences for Balla came during two of these mini-vacations. The first arose when the family visited Ping An, a center of rice cultivation in southern China, where the scenery consists of terraced staircases of rice paddies climbing fog-covered mountains.

But for Balla, the human connections she forged in Ping An were far more important than the breathtaking views. The Ballas stayed with a rice-farming family in Ping An and were touched by their unwavering hospitality amid strenuous working conditions. In a picture of the village that she had seen in National Geographic before the trip, Balla says, the Chinese farmers' hats had obscured their faces, rendering the workers mere abstract figures that were difficult for Balla to understand.

After she met the people, however, their common humanity shifted her entire perspective on life and the human experience. "I thought to myself, 'Holy cow – this person who was faceless is just like me.'…I will never view a bowl of rice the same way again," Balla says.

Even today, the realization moves her. "I get very emotional about that place," she says, tears welling in her eyes.

Balla describes the experience in Ping An as a "seminal moment" that transformed her perspective on life. The grasslands of inner Mongolia were the setting for another such experience. When the Ballas were hiking there, a stranger stopped the family and proceeded to bring them to his house for lunch, give them a tour of the area and drive them home – all for free. His generosity shocked Balla. "When would we open our home, our meals?" she asks. "I still get choked up by that. If I could only be that way." 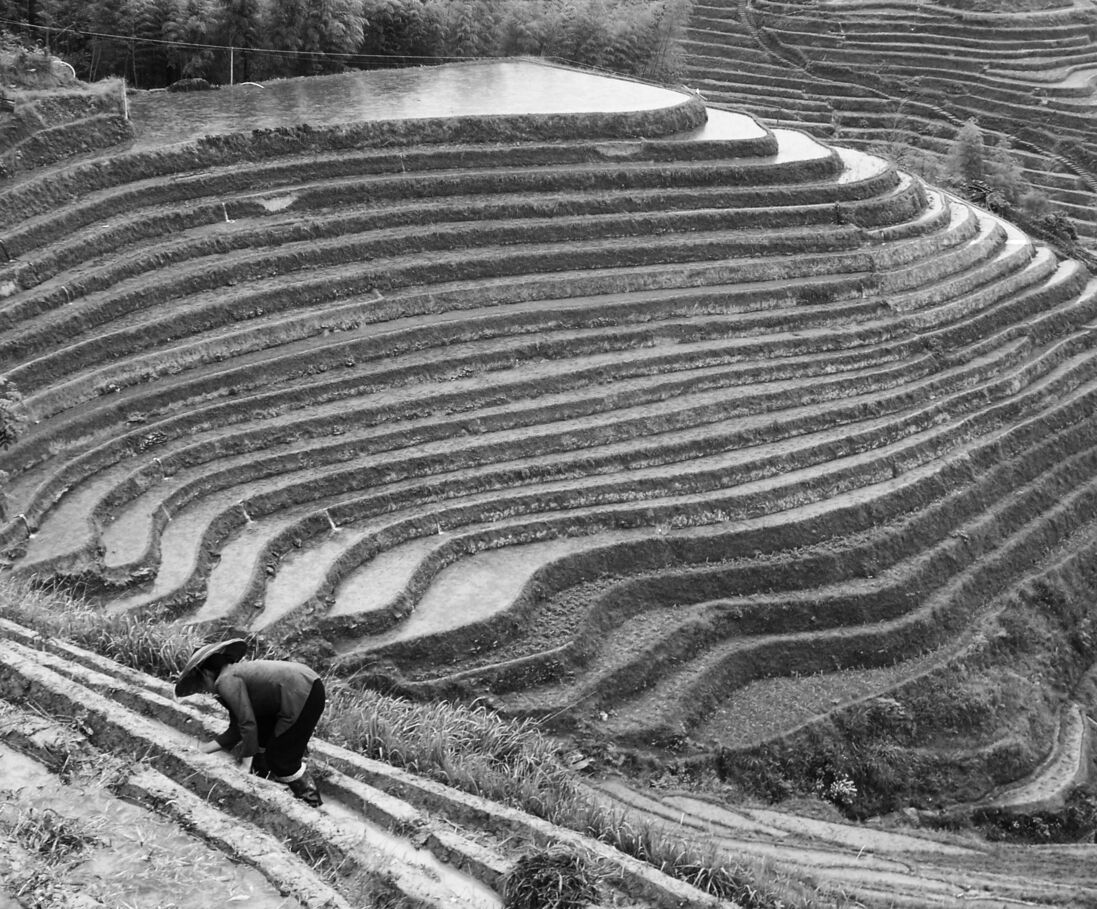 Photo: Among Ping An's rice paddies, Balla got to know the people she'd seen only distantly in photographs. Picture courtesy of Desiree Balla.

Photo: Among Ping An's rice paddies, Balla got to know the people she'd seen only distantly in photographs. Picture courtesy of Desiree Balla.

The soft, emotional side that the "seminal moments" brought out in Balla came coupled with an unveiled thirst for adventure that had never fully shown itself in America, Balla says. And her family concurs: in the past, Steve Balla says, her travel had been primarily domestic. Now, he says, "she can travel anywhere, and she has the idea that she can live internationally again."

But becoming comfortable with living abroad was just one part of the Ballas' newly expanded worldviews. For example, the year in China led them to a better understanding of the impression of the U.S. from an international perspective. "Now I see the whole picture, and not just our little piece," Julie Balla reflects.

Balla agrees that the experience broadened her personal horizons. And having seen the limitations of China's ethnic uniformity, she has a newfound appreciation for Blair's diversity. She deems Blair's mixture of cultures and people "a treasure of knowledge" that can give Blazers a more global perspective, and she even realizes that some of the international knowledge she gained in China was available to her in Silver Spring all along. "I really don't have to go, you know, 12,000 miles to get that," she says. "You can just look in your own classroom."

Now Balla, revitalized by the personal growth and revised outlook on life that she gained during her year in China, can add her story to Blair's chorus of multicultural voices.

Fulbright The Ballas were in Beijing for Steve Balla's Fulbright scholarship. The Fulbright Web site describes the program as "the flagship international educational exchange program sponsored by the U.S. government." So far, according to the website, nearly 300,000 applicants have participated around the globe. Desiree Balla is not the only Blair staff member to have traveled with the program. Government teacher David Swaney spent a summer in China on a Fulbright scholarship, and teachers in the foreign language have received Fulbrights as well, Swaney says.