Photo: The Blazers fell to 0-6 on the season after Thursday night's loss. They will look to bounce back against Whitman next week.

Photo: The Blazers fell to 0-6 on the season after Thursday night's loss. They will look to bounce back against Whitman next week. Photo courtesy of Tolu Omokehinde.

The varsity football team (0-6) was in dire need of a win against Springbrook (4-2) on Thursday night. Unfortunately for Blair, that win will have to wait.

After being shut out in consecutive weeks by Sherwood and Northwood, the Blazers were desperate for their first victory facing a mediocre Blue Devil squad. Through the game's first five minutes, it seemed as if Blair was primed to finally capture that elusive W. With 10:04 remaining on the first quarter clock, senior running back Peter Gondor got the carry and burned four Springbrook defenders en route to a 36-yard touchdown run. Gondor failed to convert the two-point conversion, but Blair was off to a solid start up 6-0 on the Blue Devils.

As showcased in previous games, Blair has a tough time holding on to early leads. Thursday night proved to be no different, as Springbrook came roaring back, scoring twice in the first half to gain a 14-6 advantage. "We got a little complacent," assistant coach Adrian Kelly said. "We made a couple of turnovers and mistakes. The kids were going both ways so I think fatigue set in." 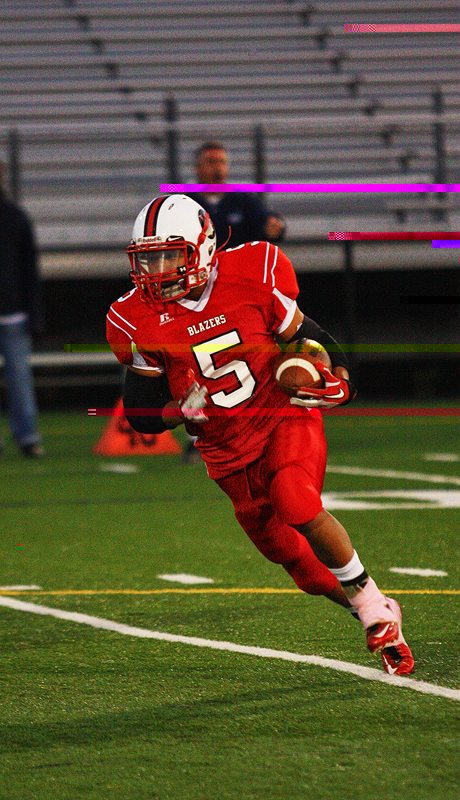 With :44 left in the fourth quarter, Springbrook senior Khalil Smith iced the game with a 33-yard field goal to put his team ahead 17-6.

Penalties, key players out due to injury and poor execution all contributed to a lack of offensive production for Blair. Despite only putting up six points, Kelly spoke positively about the team's play. "We picked it up this game. Last week we got shut out, so our offense looked a whole lot better this week."

Blair's defensive coordinator and head coach of undefeated junior varsity also took solace in the fact that no one got hurt. "We came out of this game with no injuries, so that's a plus because we've been having injuries all season long," Kelly said. "We have a couple players out now, David Chow and Khalil West, we get them back hopefully next week."

After being outscored a combined 94-6 over their last three outings, the Blazers will try to turn things around against Whitman next week. "Hopefully next week against Whitman, homecoming, we can bring out the same intensity [that we showed] during the first quarter."

The varsity football team will play its next home game on Friday, Oct. 14 (Homecoming) against the Whitman Vikings.