An examination of celebrity offspring's names

When Beyoncé and Jay-Z announced that they would name their first child Blue Ivy Carter, the pop-culture world was intrigued with the name, although most were not surprised. As it has become increasingly common for celebrities to come up with unique (and sometimes odd) names for their children, people have learned to expect the unexpected when it comes to celebrity babies. 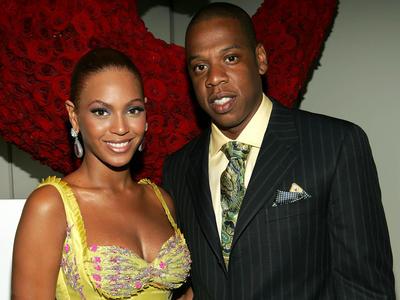 Photo: Jay-Z and Beyonce named their first child Blue Ivy Carter, one of the less bizarre names that the celebrity world has seen.

Photo: Jay-Z and Beyonce named their first child Blue Ivy Carter, one of the less bizarre names that the celebrity world has seen.

While Blue Ivy may seem more like a type of plant growing on an abandoned shack than the name of an infant, it is definitely not the most eccentric baby name that the world of entertainment has seen in recent years. For our readers' entertainment, SCO has put together a list of some of our favorite and most bizarre baby names.

Pilot Inspektor
Although little Pilot Inspektor might get made fun of for his unusual name, one thing is for sure– he will never have that awkward experience of responding to someone who says his name, only to realize that they were in fact talking to another person with the same name. Actor Jason Lee and his ex-girlfriend Beth Riesgraf decided to name their son after hearing a song called "He's Simple; He's Dumb; He's the Pilot." One wonders if Pilot has been told of his namesake.

Moxie CrimeFighter
Six-year-old Moxie CrimeFighter Jillette, comedian Penn Jillette's daughter, has a lot to live up to in her name. While some parents want their children to be doctors or lawyers, Jillette has made it clear that he wants his daughter to be the next Superman. And hey, with a name like Moxie CrimeFighter, she is already half way there. In an interview, Moxie's father said, "We chose her middle name because when she's pulled over for speeding she can say, 'But officer, we're on the same side, my middle name is CrimeFighter.'" 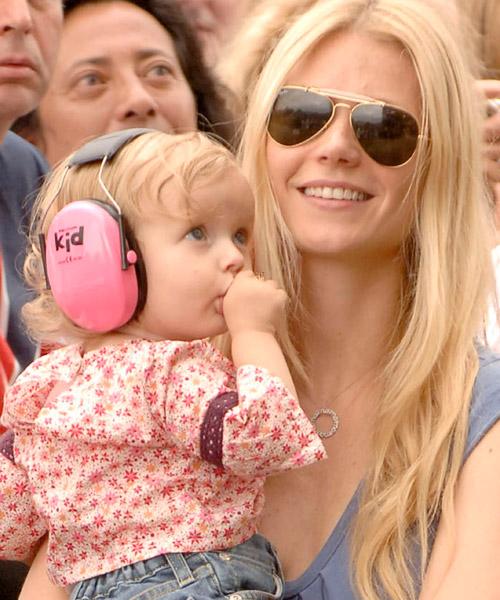 Photo: Gwenyth wanted the name "Apple" because she thought it was pure and biblical. With a face like that, we can't disagree!

Photo: Gwenyth wanted the name "Apple" because she thought it was pure and biblical. With a face like that, we can't disagree!

Apple
Gwyneth Paltrow and Chris Martin named their daughter Apple Blythe Alison Martin because of Paltrow's love for the fruit. "It sounded so sweet and it conjured such a lovely picture for me – you know, apples are so sweet and they're wholesome and it's biblical – and I just thought it sounded so lovely and… clean! And I just thought, 'Perfect!'" she said in an interview with Oprah. Although Apple is one of the less bizarre celebrity baby names, it makes one wonder— what about all of the other fruits? Why not Orange, Cherry, or to be even more unique, Grapefruit? Sticking with the biblical theme, Paltrow and Martin named their son Moses.

Zahara, Maddox, Shiloh, Pax, Knox, Vivienne
With six children, it must have been difficult for Brad Pitt and Angelina Jolie to come up with unique names for each of them. But the power couple seems to have succeeded, in that "Maddox" was on the rise for baby boys after Brangelina gave the name to their adopted Cambodian son. For the other five kids, they definitely put their creative minds to work. Or, they may have just run out of ideas.

Blast from the past
Although more and more celebrities are giving their children unusual names, this trend is nothing new. Frank Zappa, an American singer-songwriter popular in the 1960s and 70s, named his children names that are over-the-top strange, even by today's standards. Zappa and his wife Adelaide Sloatman had four children named Moon Unit, Dweezil, AhmetEmuukhaRodan and Diva Thin Muffin Pigeen (come again?).

Many studies have been conducted to determine how having an exotic name influences a child's life. All of these baby names may be attention-grabbers, but some of the more "out-there" names could also be detrimental to a child's self-esteem and social life. After already being separated from peers for being the child of a celebrity, having a name like "Diva Thin Muffin," "Moxie CrimeFighter" or "Blue Ivy" may end up being more like "poison ivy" than fun in the long-run.