On Nov. 13, the Montgomery County Council approved Joshua P. Starr's technology proposal for the 2013-2014 fiscal year. The council members unanimously appropriated 2.042 million in federal E-Rate rebates to fund the purchases of Promethean Boards and wireless networking in all elementary schools in MCPS.

The Montgomery County Public Schools (MCPS) Board of Education approved Superintendent Joshua P. Starr's $14.5 million technology proposal on Tuesday, Sept. 11. The proposal would fund the cost of Promethean boards in all elementary schools and add wireless networking to all MCPS schools beginning in the 2013-2014 school year. The Montgomery County Council has yet to approve the plan for appropriation. 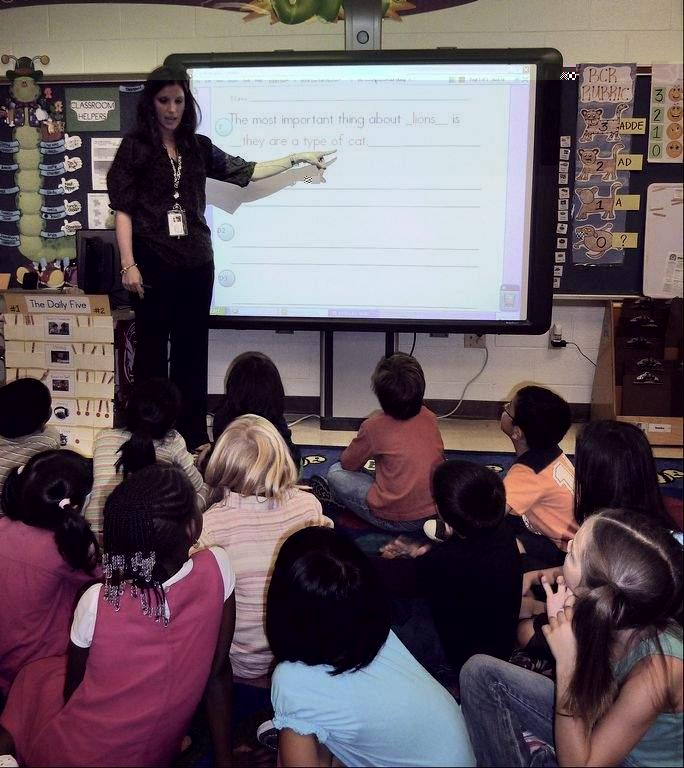 According to Starr, equal technological access in classrooms will give students throughout the county the opportunity to learn using equal resources and information. The technology upgrade will also help the county meet "Common Core State Curriculum Standards" for English, Language Arts and Math. Maryland adopted this new curriculum, which is expected to engage students through multimedia education, in June 2010. The plan will also help elementary schools meet the guidelines for the new county curriculum: Curriculum 2.0. The new curriculum's goal is to increase students' critical and creative thinking through more interdisciplinary lessons and instructional focus.

Ann Grotewold, a second grade teacher at Glenallen Elementary School in Silver Spring, believes the long-term effect of the new technology and Curriculum 2.0 will benefit student learning. "The technology will make both the Common Core and Curriculum 2.0 more accessible for the students and easier for the staff to implement because the lessons are already made and the digital resources are available online," said Grotewold.

Glenallen currently has one Promethean board in its temporary location. Next school year, the newly-renovated school will be completed and equipped with Promethean boards in every classroom.

Installing countywide Promethean boards will cost around $8.95 million, at about $4,500 each, and implementing wireless networking will cost approximately $5.6 million. Much of these expenses will be paid for by the Federal Communications Commission's Education Rate program (E-Rate funds). E-Rates are government funds given to schools and libraries to reduce the cost of telecommunication and Internet network connections.

Besides the cost of the boards and networks themselves, educating teachers to learn how to use the boards is also an issue. However, Grotewold is confident she and her co-workers will adapt quickly. "Most of the teachers at Glenallen are familiar with Promethean technology, but I will have to go through training. I've heard learning how to use them doesn't take long, so I'm pretty confident that I will be fine with it," Grotewold said.

Despite having to learn how to use the new technology, teachers like Grotewold feel optimistic towards the new approach and style to educate younger students. "It will be highly beneficial for the kids. Kids are versatile and flexible with new things." Grotewold said. "However, for the adults, it's a learning curve, but we'll figure it out."