Unlike the BOE, whose main responsibility is to oversee education policy, the County Council is the legislative branch of local government, according to Student Member of the Board (SMOB) Ben Moskowitz. "They are the governing body for the entire county and appropriate more than $4 billion in their budget to areas such as education, transportation projects and health and human services," he said. 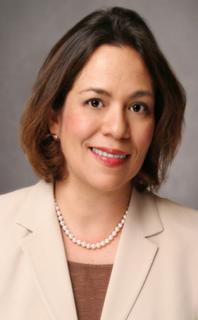 Photo: Nancy Navarro will be on the April 15 ballot for the County Council District Four seat. Photo courtesy of Nancy Navarro.

Photo: Nancy Navarro will be on the April 15 ballot for the County Council District Four seat. Photo courtesy of Nancy Navarro.

According to Navarro, her candidacy for the District Four seat would open up opportunities for all people in the county. "In government, sometimes we don't reach out to all different segments so we don't get the input for all voices," she said. "We need to include a wide variety of people in the decision making process."

If Navarro leaves the BOE, it will have to appoint someone to fill her seat and elect a new president, according to Moskowitz. But he believes her potential vacancy will have further implications on the Board. "It means we lose a valuable leader and a very skilled board member with a lot of good relationships and a lot of institutional knowledge," he said. "She is a powerful voice for the underprivileged and those without a voice in the school system, and each of us will need to step up to fill that role."

But candidate Praisner is not satisfied and expressed disappointment in Navarro's leadership in the BOE. "I don't think [the Board is] fulfilling [its] mission in overseeing the school system," he said. "For the last three years, they added 900 new jobs while the student enrollment was decreasing. They have to have more accountability in the money they're spending."

In addition, Praisner questions Navarro's ability to lead independently. "As far as I'm concerned, she keeps talking about using her experience to serve on the county council," he said. "But she needs to be independent to serve in a leadership position, and I just don't see any evidence that she is independent from the superintendent."

Navarro wants to use her opportunity in a public leadership role to give back to the community. "It's a way to bring together different sectors of the community and help preserve the quality of life for everybody," she said. "I think it's important for people to step on to public service and reflect on their community."

She believes her experience as BOE president has impacted her the most in terms of seeking the council seat. "It has given me the opportunity to completely understand the connections between all the different government agencies and the well being of the county as a whole," she said.

Moskowitz views Navarro as a person who brings people together to solve problems. "I think of her as a very inclusive person. The day I was elected to the school board, I got a personal call from Nancy congratulating me," he said. "She's a fierce advocate for the little guy, and brings a lot of energy and creativity to the table."

According to Navarro, she has always been interested in working with the community. "My first job after college was at a nonprofit organization for the elderly," she said. "In 1998, I created my own nonprofit organization which worked with children, early childhood education and helped immigrant women establish small businesses."

She has not thought about her future plans in the political arena yet, but plans to run for a seat in the County Council in 2010 regardless of the results in the upcoming election. "This is extremely hard work," she said. "But it's worth it, because it opens the door to people who want to seek positions in the near future."

Navarro was first appointed to the BOE in 2004 to fill the vacant District Five seat, according to her web site. She was elected to a four-year term in 2006, and became President later that year. During her tenure, Navarro has focused her efforts on "kindergarten readiness, advancing the achievement of the county's neediest students, strengthening parent engagement and increasing BOE accountability to its stakeholders." She is currently a member of the Strategic Planning committee. Details of the Board's accomplishments and legislative policies can be found here.

Registered voters in District Four will be able to vote either in the Democratic closed primary or Republican closed primary on Tuesday, April 15, from 7 a.m. to 8 p.m., Moskowitz said. The Republican candidates in the running are Mark Fennel and John McKinnis.