Bouknight to be booked for night ahead

Standing calmly in the Media Center at the first Silver Quill Open Mic of the year, senior Michelyn Bouknight takes hold of the microphone. She stands tall with her shoulders thrown back, seemingly unfazed by the rows of expectant eyes staring up at her. With a guitar strumming gently in the background, Bouknight begins a soulful rendition of Alicia Keys's "No One." Within seconds, audience members are swaying in their seats to the music - and Bouknight has just captivated a room full of new fans.

Since those days, Bouknight, known affectionately as "Che" to her friends, has evolved from mimicking famous singers on the school bus to commanding the stage in a packed auditorium and actively seeking opportunities to showcase her voice - despite having never taken a vocal lesson. She posts videos to her Facebook page of her singing, records some music for the clients of her father, a music producer, and has recently taken the leap to performing live. 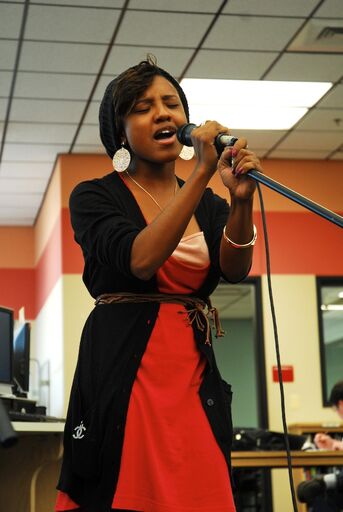 Photo: Senior Michelyn Bouknight sings Alicia Keys's "No One" at the first Open Mic of the year. Photo courtesy of Alex Joseph.

But even without vocal training, this past December proved to be a musical milestone for Bouknight, who performed in the Blair Cabaret and had some radio play-time over winter break. Bouknight, who also enjoys performing at the Open Mic, got her talent broadcasted over the airwaves on 91.9 WTCC, a Massachusetts radio station. The station played two solos on a song entitled "He's Here" that she recorded for her father's client.

At the Cabaret in December, she impressively belted out "Take Me or Leave Me" and a solo in "Seasons of Love." The Cabaret was the first theatrical singing she had ever done, and Bouknight embraced the opportunity. "It took me out of my norm and gave me a challenge," she says.

Junior Christina Stiles, who also performed in the Blair Cabaret, was impressed not only by Bouknight's musical talent, but also with her humble character. "She was amazing. She was very sweet," Stiles says.

And although she says it was exciting to be on the radio, her favorite performances are those done in front of a crowd. "It gives me such a rush, it's like I'm completely in my element and I get like a buzz," she says. "It's musical intoxication!"

Bouknight attributes her impressive musical strides to her determination to perform at the levels of her idols, Lauryn Hill and Floetry, as well as the unwavering support she receives from her father. "He's always supportive, and always ready to put me behind a mic when the creative juices are flowing," she says. 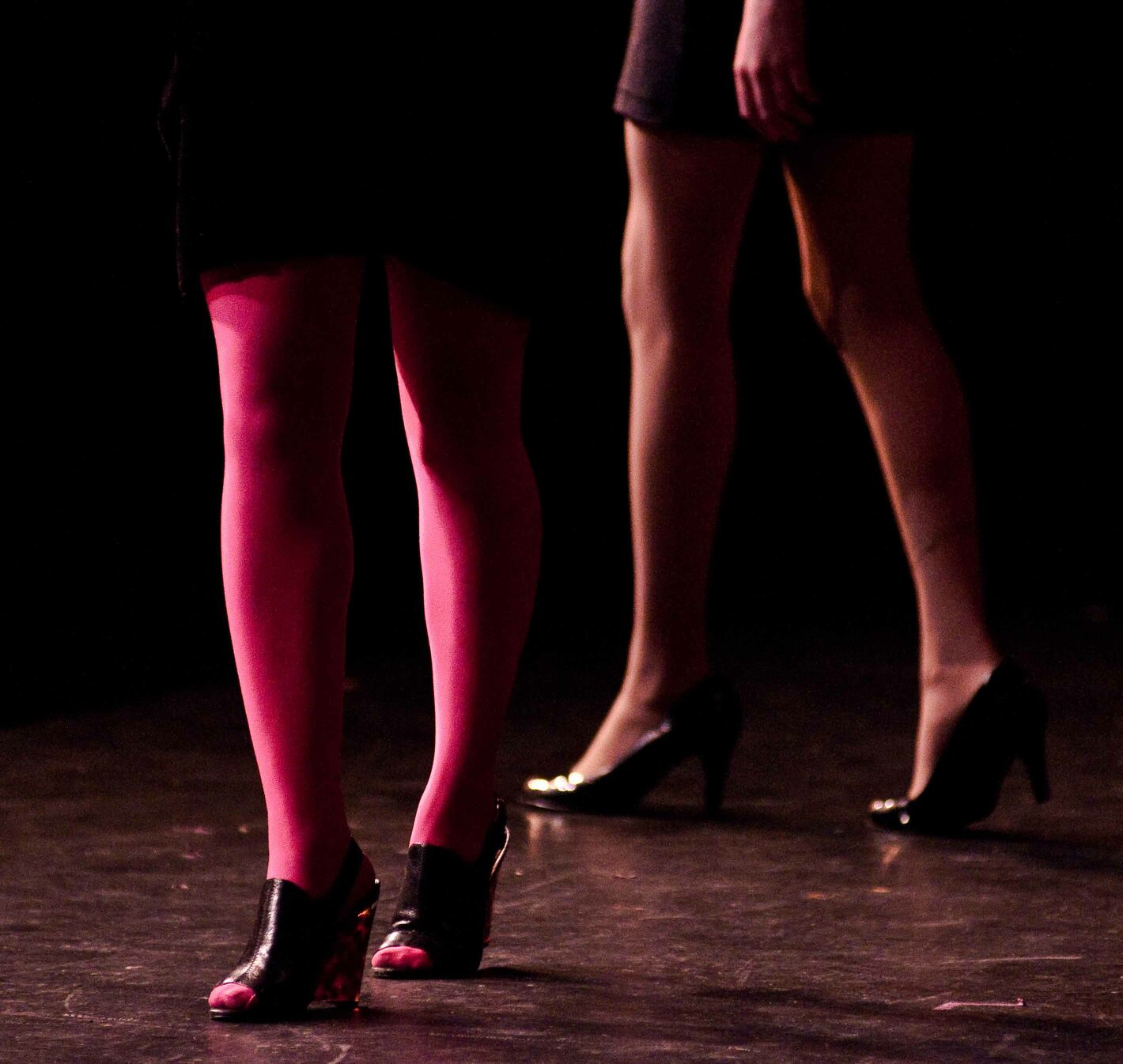 Photo: Senior Michelyn Bouknight and junior Lyndsay Rini walk off after singing "Take Me or Leave Me" at the Cabaret performance.

Photo: Senior Michelyn Bouknight and junior Lyndsay Rini walk off after singing "Take Me or Leave Me" at the Cabaret performance. Photo courtesy of Colin Wiencek.

Despite all the steps she's taken towards building a musical career, Bouknight wasn't always sure that her future would be in music and was considering both broadcast journalism and TV production as viable career options. However, with time and more experiences, Bouknight came to the realization that she wanted to pursue a singing career. "I used to reject the thought of actually doing something with my voice but now I can't see life for myself any other way," she says.

Now after four years at Blair, Bouknight is ready to move forward with her singing. "Music is like my boyfriend, we're in love!" she says cheerily. And as she struts across the stage at Cabaret, it's clear that the love will last a long time.