On Saturday, Jan. 11, the Montgomery County Board of Education, in partnership with WXY urban development and Public Engagement Associates, held the fourth county-wide boundary analysis discussion session at Blair. The boundary analysis is an ongoing study conducted to gather and visualize information about the conditions of school clusters. The leaders of the analysis to met with around 250 to 400 community members and discuss concerns about the future phases of the analysis.

Blair’s SAC capacity for the discussion was 475 seats, with around 300-350 of the expected attendees showing up for the analysis meeting. Community members were organized in tables of eight to help facilitate smaller-scale discussion along with WXY and Public Engagement Associates’ presentation.

The presenters opened by preemptively addressing frequently asked questions about the boundary analysis. Kushan Dave, the representative for WXY, emphasized that the analysis was just a tool for county operations and repeatedly stated that it “did not make any recommendations for redistricting.”

While many community members came to learn about the analysis, some came to verify and put rumors about the purpose of the study to rest. "I felt like it was important to come and get information directly from the source, so that when neighbors are bringing up moments of anxiety or expressing [concerns], I can say 'No, I was there, it’s not about that,'" MCPS parent Alison Gillespie stated.

Dave also stated that public discussion of the boundary analysis will give the Board valuable insight on the problems in the school system and add context to the data collected. "What we are really hoping to do is learn from the community and in a lot of ways, but the data only tells you so much. Through these meetings, we learn what things we should potentially be looking at and then add an objective report."

The event was structured by five main discussion sessions, where attendees would comment on sections of the analysis explained via a presentation from WXY and Public Engagement Associates. Community members discussed their own investments in MCPS, facility utilization, school diversity, school proximity reports and all four together in separate 10-minute sections with peers at their table. 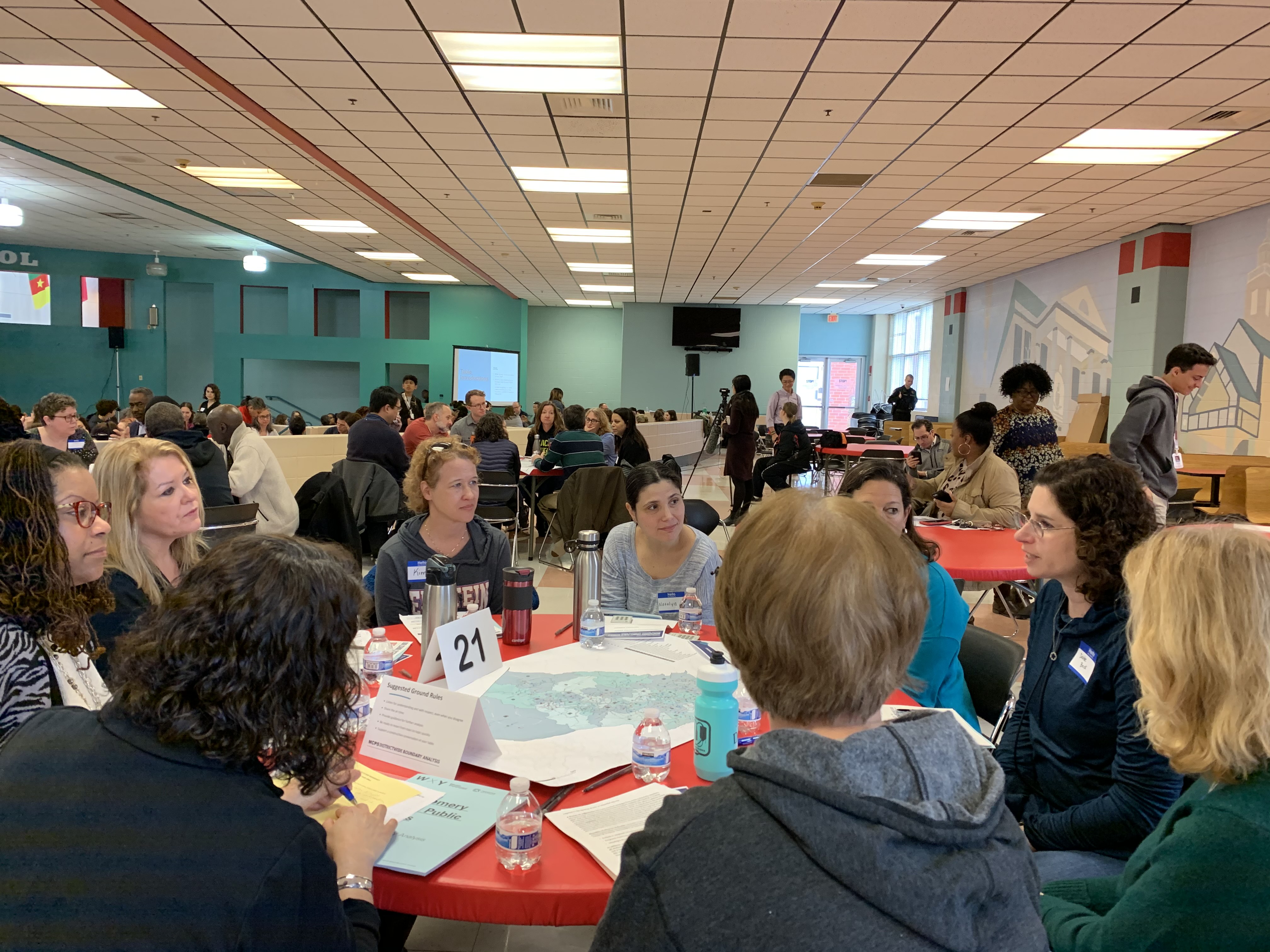 Photo: Hundreds of community members filled the SAC hoping to learn and discuss the purpose and findings of the analysis

Photo: Hundreds of community members filled the SAC hoping to learn and discuss the purpose and findings of the analysis

Diversity aspects of the analysis raised pressing questions from the community. The leaders focused on the percentage of MCPS students who are or have been eligible for Free and Reduced Meals (Ever-FARMs) in each school to measure socioeconomic diversity. Many community members expressed concerns on whether this was a proper measure of diversity as it did not mention racial bias or other disadvantages students might have in the school system.

Public Engagement associate Steve Brigham stated that the next step in the boundary analysis is to reach out to students and other harder-to-reach populations. "There was a really strong emphasis on youth voices this meeting that we didn't hear [before] that we really need to respond to," Brigham said. Presenters explained that they were hoping to communicate with students through the Student Member of the Board, Nate Tinbite.

Leaders in the boundary analysis plan on reaching out to less represented communities in the near future. "Between this coming week and early to mid-Feb, we'll be doing about eight to 12 smaller meetings with different hard-to-reach populations," Brigham said.