The boys' basketball team (2-3) suffered a hard fought loss to the Bethesda Chevy Chase Barons losing by a score was 54-56, with the Barons pulling away with the lead from the game's start.

The Barons came in with a lot of energy, taking a quick lead with aggressive offense and impressive communication. Despite good offensive moves from the Blazers, such as a three pointer from senior forward Jordan Cobb in the first quarter, the occasional foul or careless pass led them to end the first half quite a bit behind the Barons.

After halftime, the Blazers stepped up their offense, and didn't let the Barons gain a significant advantage in the scoreline, especially in the fourth quarter. Upping their communication, they slid past the Barons' defense to win back most of the points they left behind in the last half. "We finally decided to play hard in the last two minutes," head coach Damon Pigrom said. Despite their valiant effort, the Blazers couldn't catch up with BCC, losing by just two points. 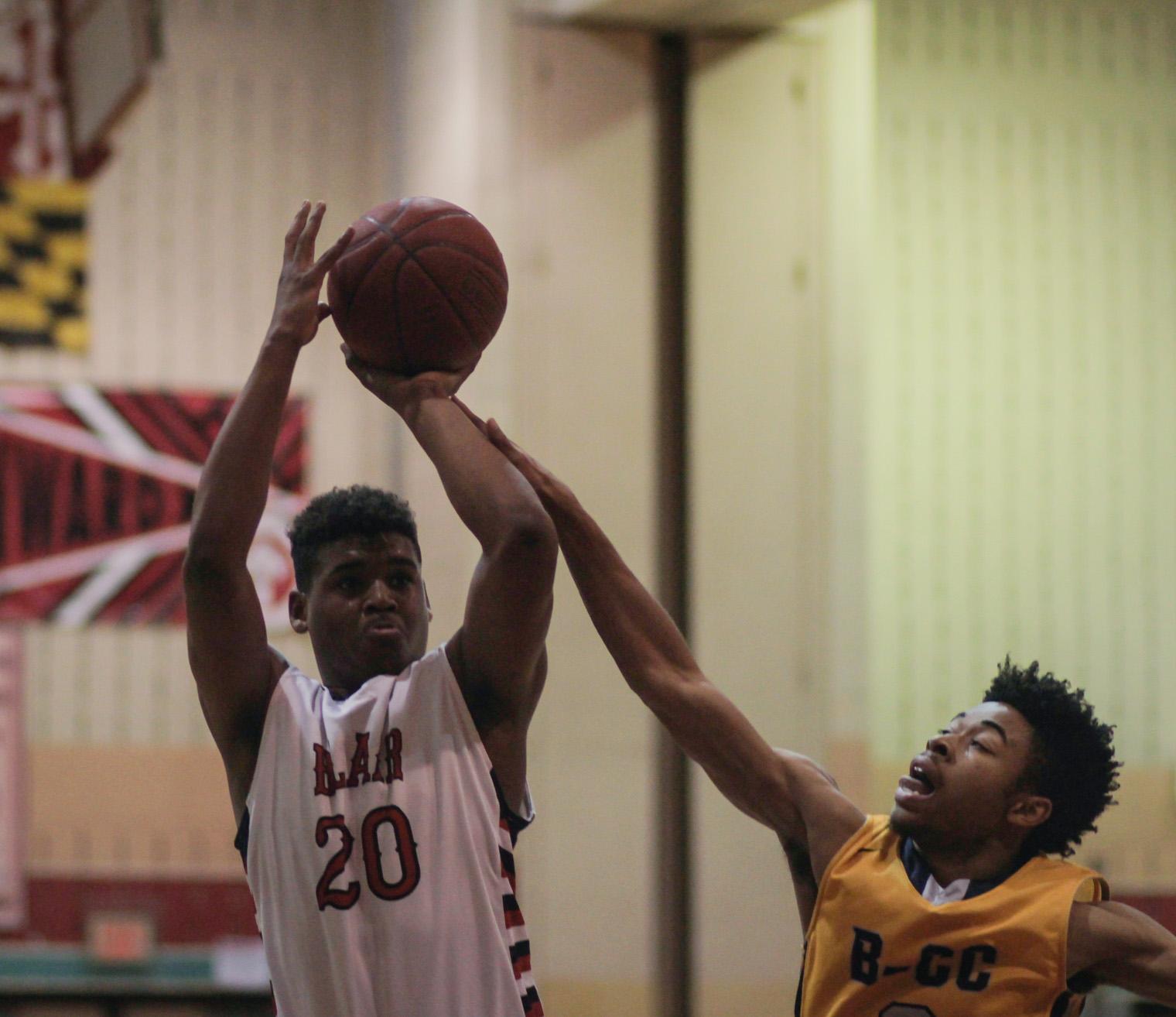 Pigrom was disappointed with the team's performance. "We played too flat today," he said. "BCC played harder. They wanted it more." Senior guard Danny Canary agreed that the Blazers seemed to be lacking energy. "We're not really used to early games," he said. "There wasn't a crowd cheering us on, so we came out with no energy."

Pigrom believed that the Blazers' lack of communication throughout the game was another factor that led to them giving up the win. "Communication was a big thing that we were missing," he said. "We could have been successful if we decided to play like a team.

The team agreed that they have time and room to improve. "We have a lot of things to work on; the list is too long," Pigrom said. "I'm the captain so it's my duty to put the other players in line," Canary added. "We've been all right this season, and if we keep working hard, we can prevent losses like this one."