After three consecutive road losses to Quince Orchard, Paint Branch, and Springbrook, the boys' varsity basketball team (3-5) was hoping that playing in the friendly confines of Blair would help end their losing streak. But after falling behind early to the Sherwood Warriors (6-2), Blair could never make up the difference, eventually losing by a score of 75-64.

The Warriors started out strong, outscoring Blair 20-12 in the first quarter and going on a quick run early in the second, extending their lead to double digits. From then on, the Blazers could not close the deficit. Head coach Damon Pigrom believed that the team's early struggles cost them the game. "We dug too big of a hole," Pigrom said. "You can't get down sixteen. It's very difficult to come back from that." 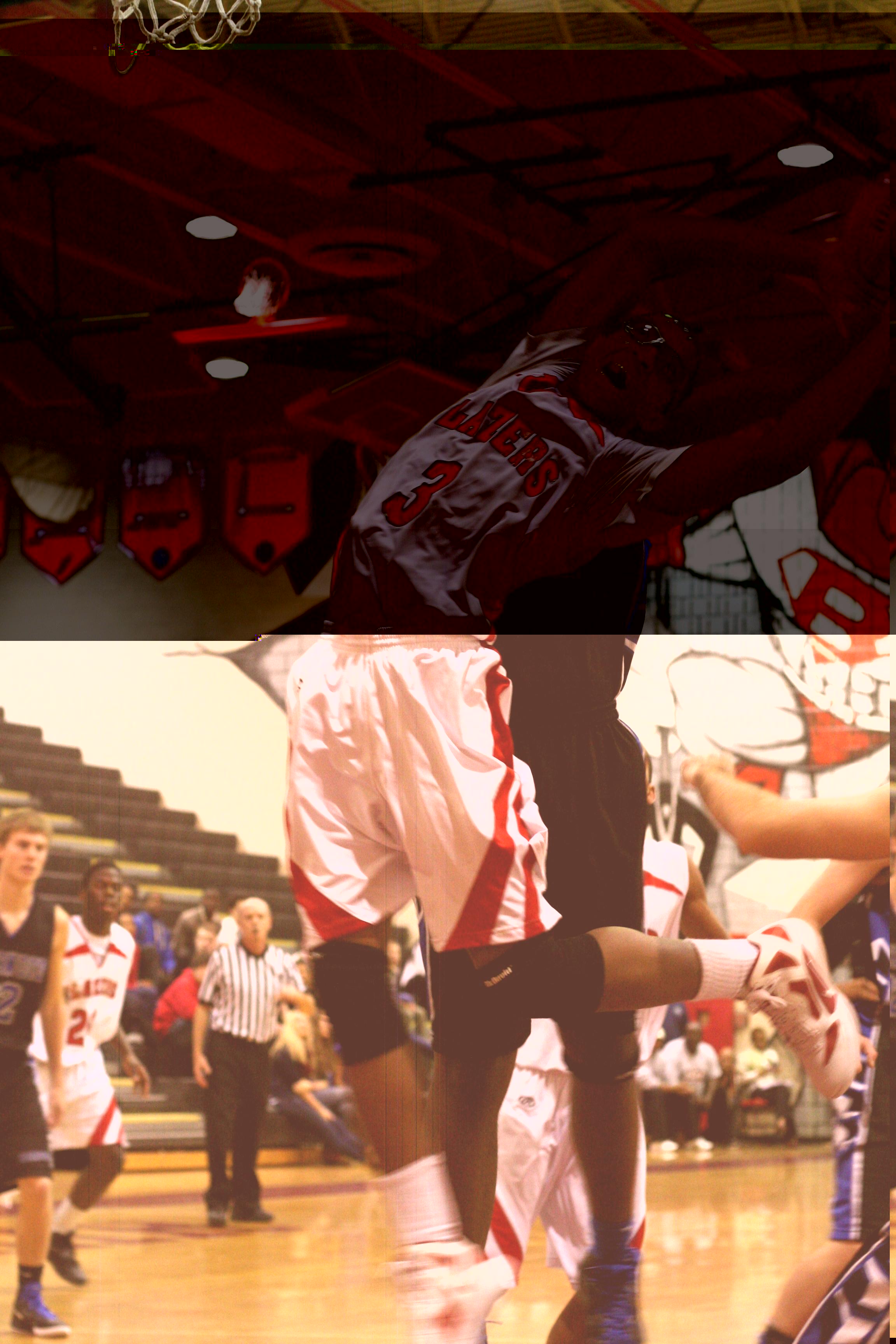 Photo: Senior Rick Narcisse is fouled on a shot attempt. Blair fell to 3-5 on the season with Friday's loss to Sherwood.

Senior Rick Narcisse is fouled on a shot attempt. Blair fell to 3-5 on the season with Friday's loss to Sherwood. Photo courtesy of Molly Ellison.

Junior forward Julian Smith-Jones began the game on a positive note for the Blazers by sinking an open jumper, but the Warriors quickly seized control. Early turnovers led to several easy layups for Sherwood, who employed a full-court press for the majority of the game. Pigrom was not impressed with his team's ball handling throughout the game. "I've seen better," the coach said. "At times it was sloppy."

The Warriors' run was capped off with an open three-pointer by senior Charlie Rogers, who finished with 17 points. Rogers' three put Sherwood up 33-16, giving the team its largest lead of the game. Fellow senior Scott Bolen, who finished with a game-high 27 points, repeatedly penetrated the defense for easy baskets.

Then, Blair put together a small run of its own, highlighted by two impressive layups from senior point guard Tucker Canary, who split the Sherwood defense and finished at the basket on back-to-back plays. Canary got off to a slow start, scoring only six of his 24 points in the first half, and said that he was not looking for his shot early in the game. "It was a problem of being aggressive," Canary said. "It took a while for the fire to light."

At halftime, Blair trailed 39-25. According to Pigrom, one of Blair's biggest problems was rebounding. "It's been a problem all year, no matter how big the opponent is," he said. "I have to do a better job teaching them how to rebound."

Canary expected rebounding to be the focus in Blair's 6 a.m. Saturday morning practice. "There's probably going to be a lot of boxing out drills," he said. "At halftime he told us that, if we didn't get more rebounds, we were gonna run a lot in practice, so that motivated us a little bit for the rest of the game." 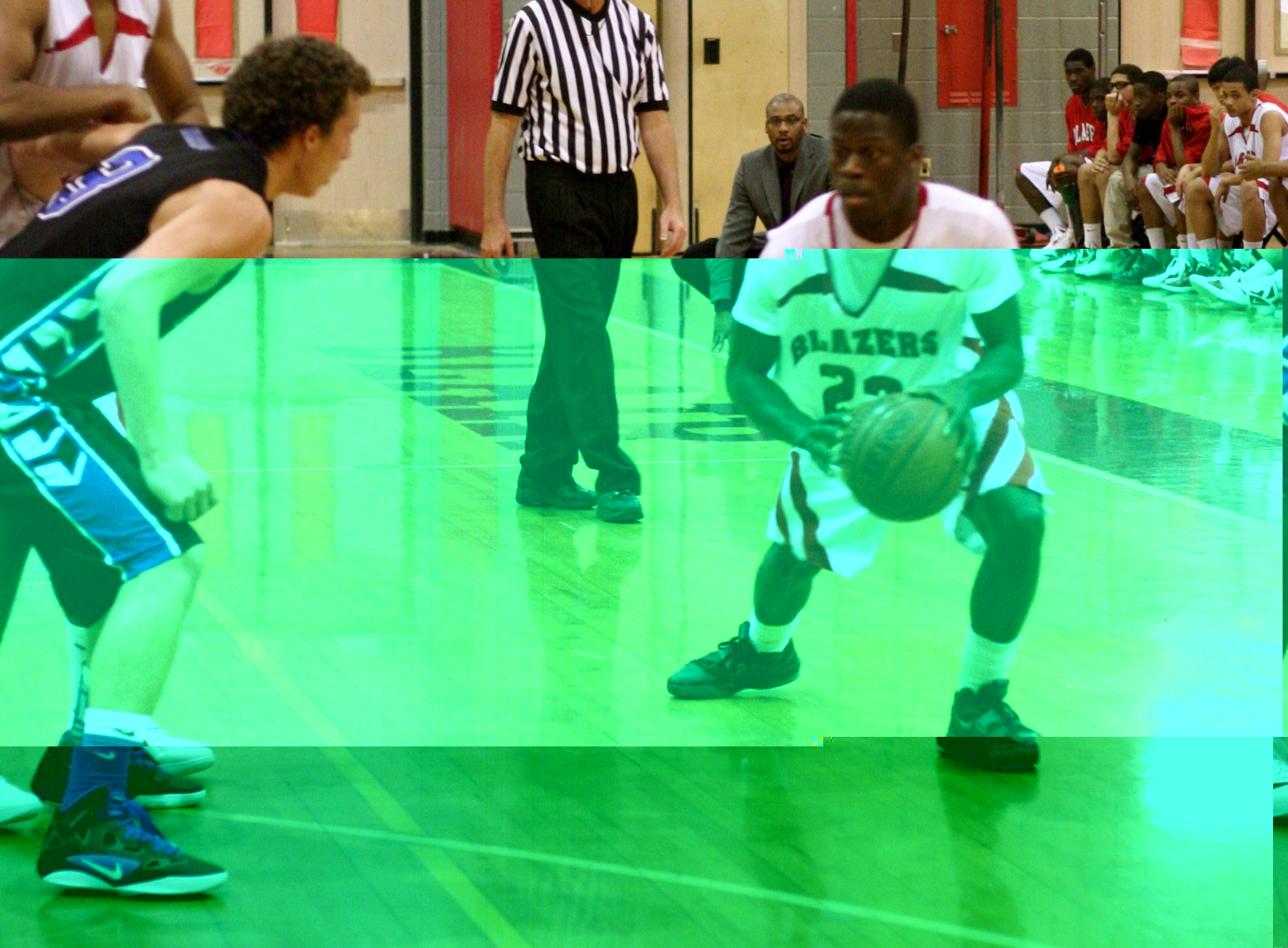 Blair tightened the screws in the third quarter and began to chip away at the deficit. The team pressed more on defense and forced a few turnovers. With three minutes remaining in the quarter, senior Rick Narcisse stole the ball from a Sherwood player that had just secured a rebound, and then, despite having his sport goggles knocked off, managed to find Canary for an inside bucket. Then, a Canary three cut Sherwood's lead to eight. With 2:16 left in the period, the lead was reduced to six.

But the Warriors would soon pull away. A nasty hesitation move by Bolen led to an assist on an open three extended the lead to eleven. At the end of the quarter, the Blazers managed to cut the lead to nine. As time expired, Smith-Jones grabbed the offensive rebound and flipped the ball in while still in mid-air.

Blair could not close the gap in the fourth quarter, however. A late three by junior guard Justin Kung cut the lead to nine again, but the Warriors made all of their free throws down the stretch and secured the win.

Blair has now lost four consecutive games after a promising 3-1 start. Canary believes that the players need to rally together in order to put their season back on track. "The only way we're gonna get it done is if we come together as a family," he said. "We have a choice to make."

The boys' varsity basketball team will play its next home game on Jan. 13 at 7:00 p.m.
Follow Silver Chips Sports on Twitter: