In the regional semifinal playoff matchup, the Boys' Basketball team (20-3) finished their season with a courageous effort in a 60-48 loss to the Whitman Vikings (19-6).

The game started poorly for the Blazers as they surrendered an early 12-4 lead to the Vikings. But after a bucket and a foul for senior forward Raymond Burtnick and a runner in the paint from senior guard Damar Bess, the Blazers had suddenly cut the lead to just three points. Following two more Blazer steals, the score was tied at 14 at the end of the first quarter with Blair on a 10-2 run.

The second quarter was a very well-played period by both teams. Senior guard Trey Wainwright hit two consecutive layups over Whitman defenders to give the Blazers a three point lead midway through the quarter.

But then the three pointers started to fall for the Vikings after the Blazers struggled to close out defensively on their long range shots. The scoring run put Whitman at a five point advantage until a three pointer from junior guard Danny Canary lead a second Blair comeback to tie the game at halftime with the score at 26 points apiece.

It was more of the same for the Blazers in the third quarter. Whitman opened the half on a 13-0 run to take a huge lead and yet again the Blazers put together a magical comeback. The run was sparked by a three by Wainwright that put new life into the raucous Blazer fans, who were as loud as they'd been all season. 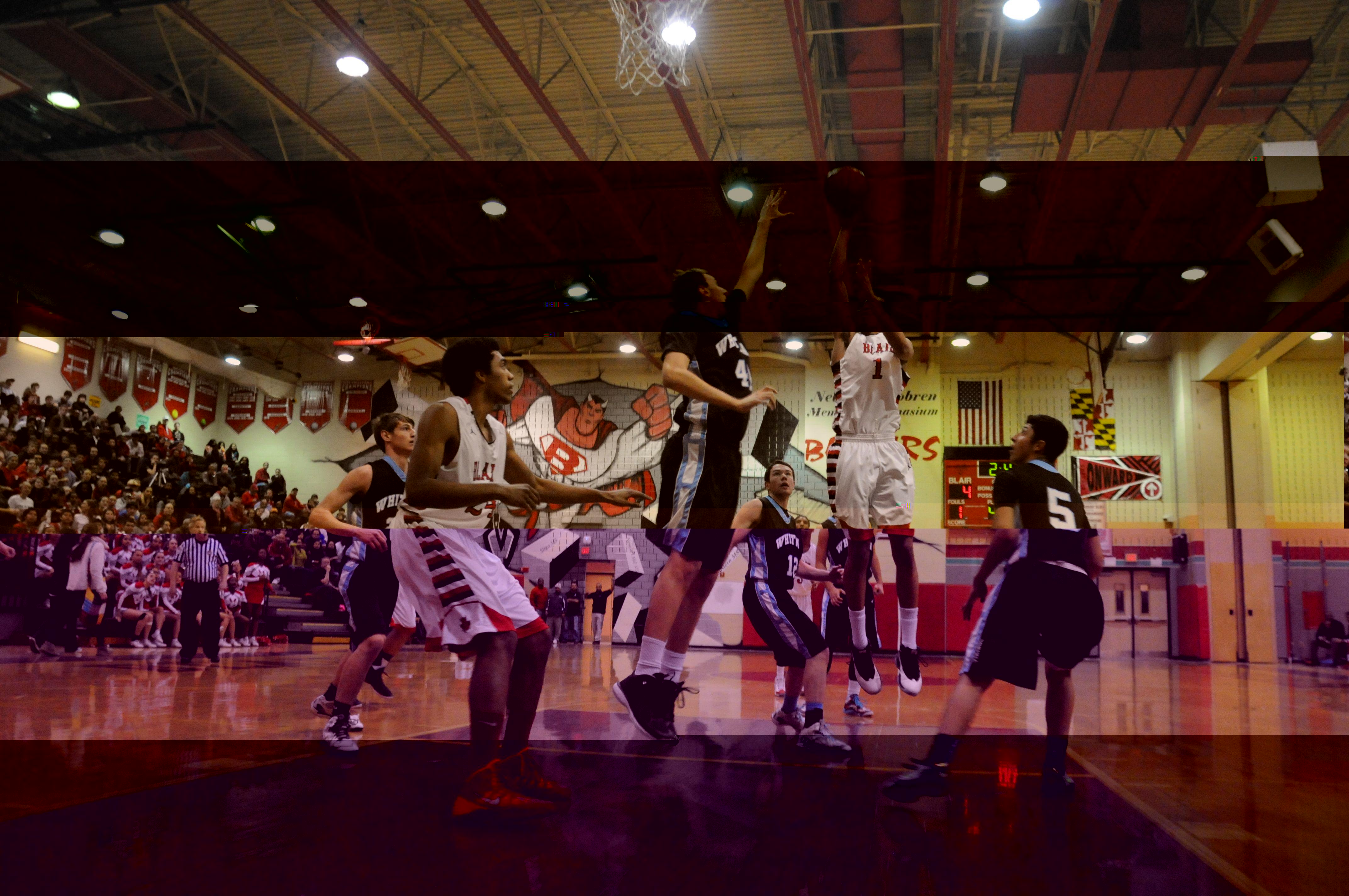 Head coach Damon Pigrom acknowledged that although it was a nice run by his team, it shouldn't have been needed in the first place.

"I'm glad we responded so well but I just wish we hadn't dug up such a big hole for ourselves," Pigrom said.

The Blazers put together a run to put themselves down just two points with 6:29 left in the game, and they eventually tied the game at 44.

However, from that point on, Whitman took control and did not look back. Blair gave up key rebounds to Whitman guard Adam Lowett and lost continuity offensively until the game was suddenly out of reach as Whitman took a commanding 53-44 lead with just 1:41 remaining in the game.

The Blazers were forced to foul and ended up losing the game 60-48, but the game itself was much closer and more exciting than the final score indicated.

All in all, it's been a memorable season for the Blazers who won their division for the first time since 2002 and put up an always impressive 20 win season. Even after such a tough loss, Coach Pigrom was able to appreciate the success his team had this year.

"Right now you know there is a lot of pain going on but this season was a great success," Pigrom said. "We do have a lot of great things to celebrate."