Blazers stay strong throughout the entire game, take down the Bulldogs

On Friday night, the Boy's basketball team (7-9) grabbed an impressive win over the Churchill Bulldogs (3-13), 52-45. The Blazers were without big man Ishmael Sangre, but were still able to overcome Churchill's size advantage in one of the most impressive wins of the season.

This season the Blazers have struggled to start and finish games on a strong note; however on Friday, the Blazers had no such problems. All game long things clicked offensively and defensively for the Blazers. "We've become stronger as a team, we're all bonding well now and getting along well,” sophomore forward Julius Cobb said.

While Churchill isn't one of the better teams in the county, Blair was able to do its job and get a comfortable lead early despite being shorthanded in the frontcourt. "We did a good job; with a team like that we want to put them away early, don't let them hang around, don't let them get any confidence,” Coach Damon Pigrom said.

Senior forwards Jordan Johnson and Jordan Cobb picked up the slack down low. Johnson lead the Blazers offensively with 15 points and six rebounds, while Cobb added nine points. The Blazers won thanks to a combined team effort in which eleven different players contributed.
Despite Churchill's massive center and height mismatches all over the court, the Blazers boxed out effectively all night and finished with an 18-6 rebounding edge over the Bulldogs.

"We limited them from getting shots up, and when they did get shots up, we were able to find our man and box him out and come back in transition,” sophomore guard Demetri Cooper said.

For once the Blazers came out strong in the first quarter. Junior guard Jared Williams made it all happen by nailing a three to start the game and later driving past defenders for two layups. He scored his seven total points all in the first four minutes of the game. On both sides of the court the players communicated with each other, which translated into easy points for Blair. i Cooper took a big charge near the end of the first to pull the momentum on Blair's side. At the end of the first, Blair led 13-10.

The second quarter was when Johnson, Cobb, and sophomore forward Julius Cobb went to work down low. All three guys crashed the boards and grabbed a number of offensive rebounds. "Our big guys did a great job at boxing out all game long,” Cooper said. "Our bigs did a good job at throwing outlets, transitioning, and getting some easy buckets,” Pigrom added. The Blazers had complete control of the game throughout the entire quarter. They were able to run the game at their pace, forcing quick turnovers and steals on the defensive side. Which gave the Blazers a comfortable 33-22 halftime lead. 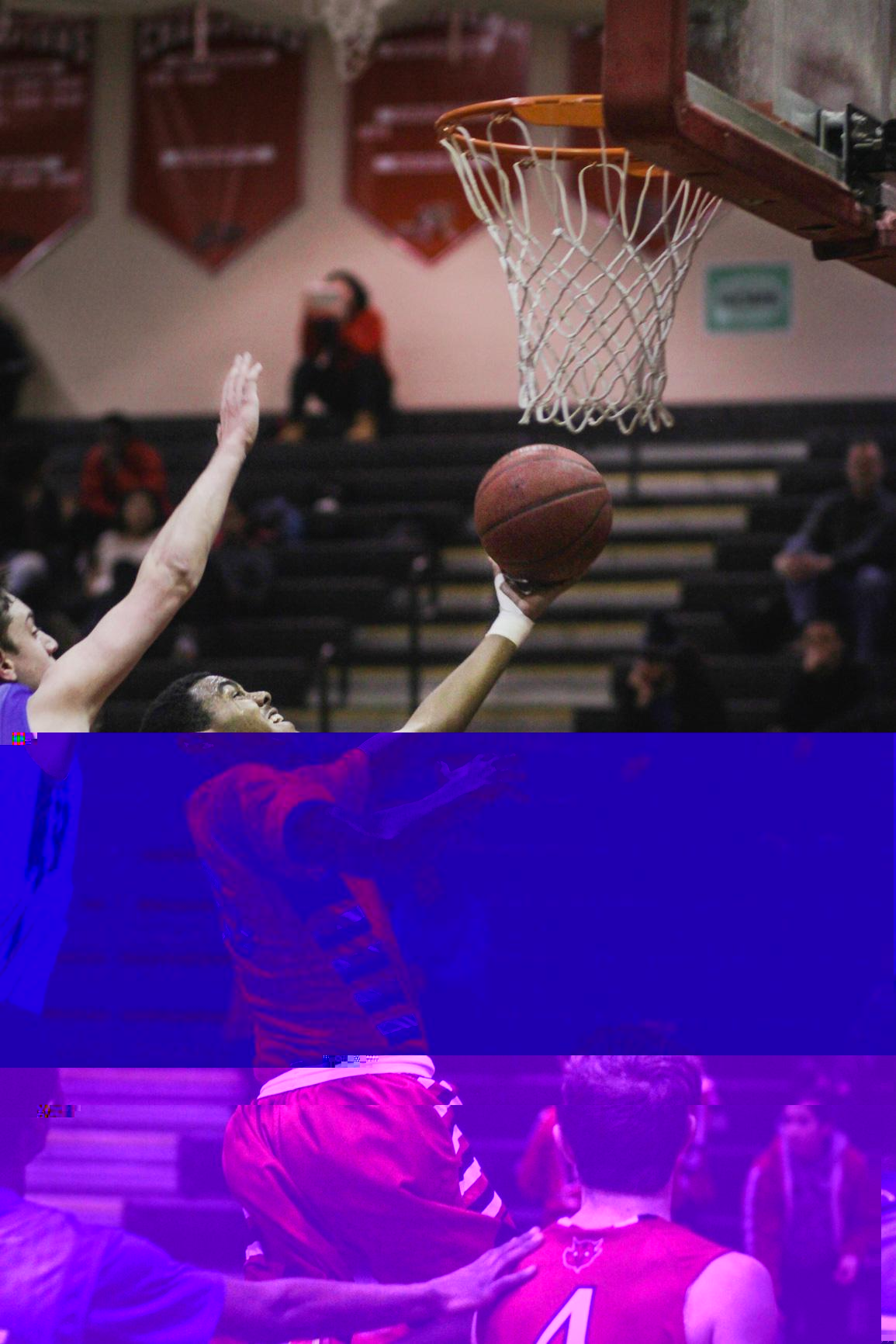 Photo: Jared Williams reached around the Churchill defender in a layup attempt.

After a quick back and fourth quarter that left Blair still in charge by nine points, the Blazers had a little scare in the fourth. Churchill began intentionally fouling early, with about 90 seconds left in the game. Blair, who was in the double bonus, struggled to convert at the free-throw line, and gave the Bulldogs plenty of opportunity to battle back. Churchill drained a few quick jumpers, but ultimately never had a legitimate shot at battling back. The Blazers finished with a seven point, 52-45 win.

Coming off a heartbreaking loss to Sherwood earlier in the week, "this win feels really good, it gives us the momentum we need moving forward,” Cooper said.