The Blazers (6-3) entered Wednesday night with a ton of momentum following a tournament win in New Jersey. However, they were stopped dead in their tracks by the Richard Montgomery Rockets (10-0). The Rockets seized the energy in the first quarter and cruised to a 40-24 win in the second half.

The Blazers came off their tournament win with a new look, featuring sophomore Kendall Douglas in the starting lineup, and a bench running deeper than ever before. The mixup in the lineup didn't workout, however, as the Rockets opened the game with a three pointer and never looked back. 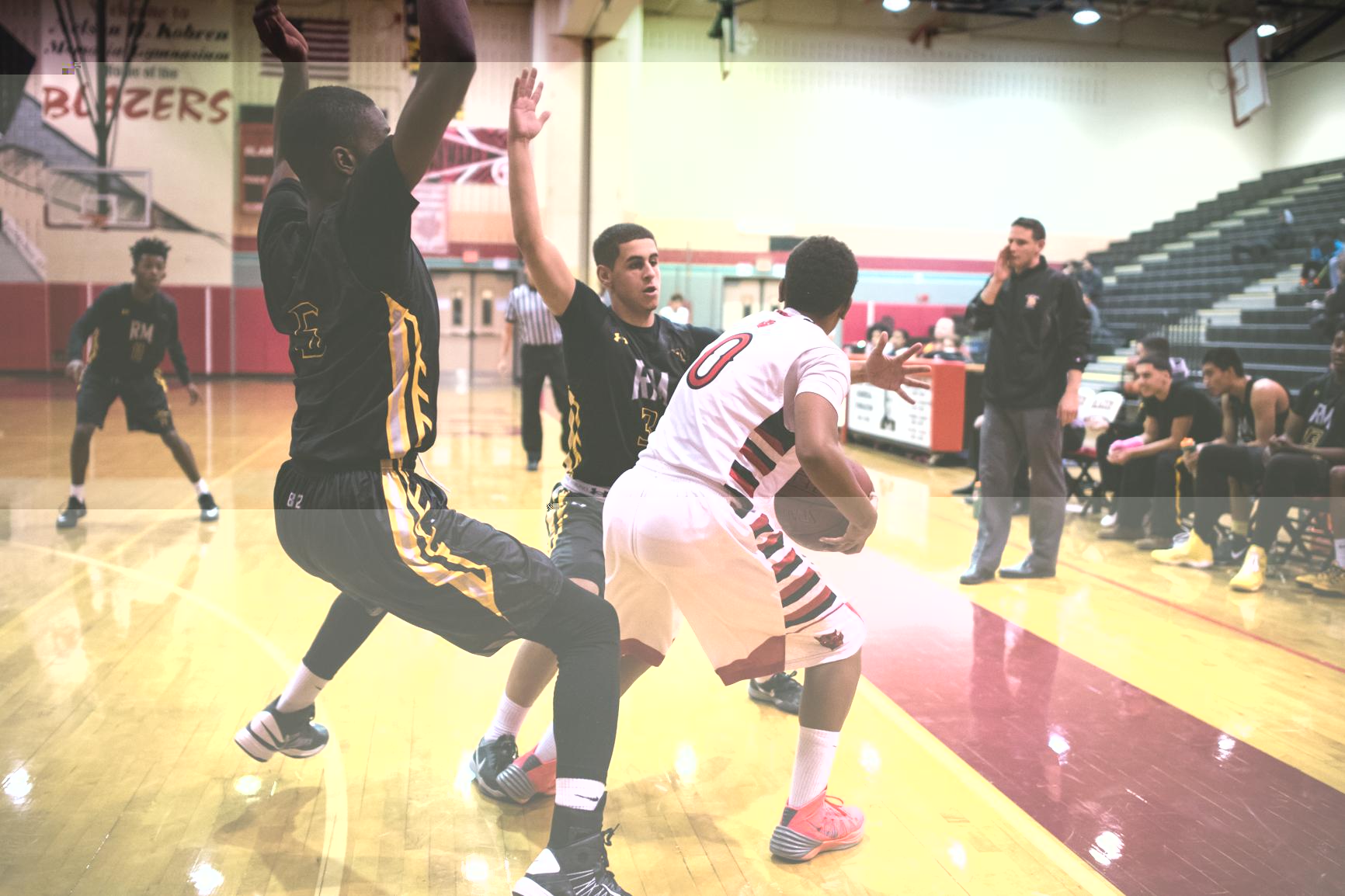 Photo: Sophomore Demetri Cooper gets stuck in a double-team.

Photo: Sophomore Demetri Cooper gets stuck in a double-team.

Senior forward Jordan Johnson led the Blazers with eight points, and senior guard Yashar Joseph added three. It was a rough night for Blair offensively; the Rockets played an aggressive man-to-man defense that caused a number of turnovers and missed shots all game. "It was a very unlucky night. Their defense was not great, it was just an off night for us,” Johnson said. The Blazers struggled to create open shots, and when they did, nothing fell through the net. Open three-pointers and shots in the paint consistently rimmed out. By the end of the game, the Blazers looked ready to put the night behind them and move on.

Richard Montgomery busted out of the gate, hitting two three-pointers in the first couple of minutes. Coach Damon Pigrom wasn't surprised by their quick start, "It didn't catch us off guard, we watched them over the break and I watched two of their games online. I tried to prepare us for the game, but evidently I didn't do my job,” Pigrom said. The Rockets got plenty of second chance looks in the paint with a number of offensive rebounds. The score was 19-4 at the end of the first quarter.

Things didn't change in the second quarter, as Richard Montgomery's defense didn't allow the Blazers to get a shot off on a number of possessions. The Rockets ran up and down the floor at a fast pace, forcing Blair to play their high tempo game style as well.

Coming back after halftime, the Blazers tried to get things going offensively. Sophomore guard Demetri Cooper drained a three pointer, as did Joseph. But in the end the Blazers couldn't bring themselves back into the game. 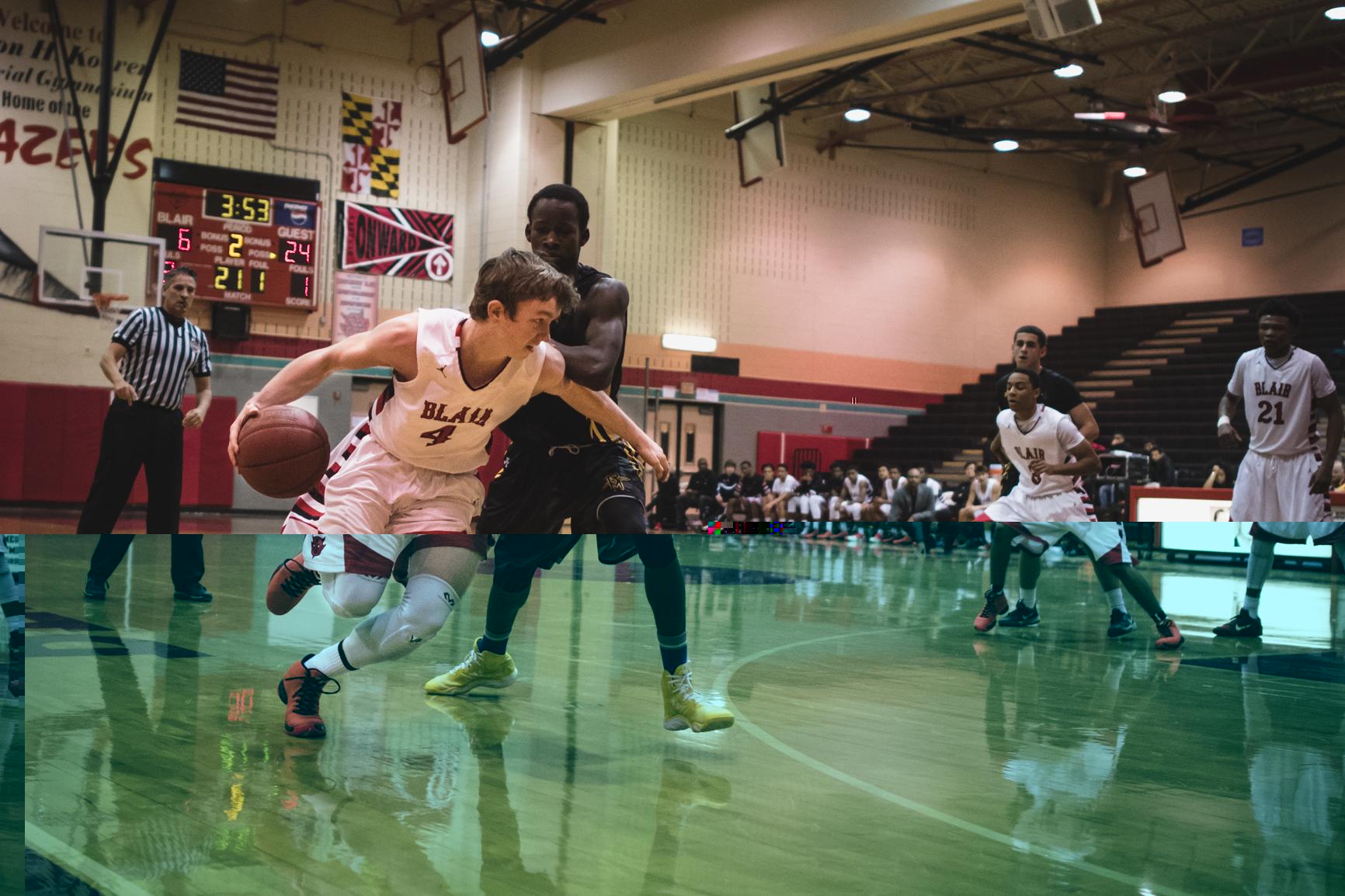 The Blazers have an opportunity to redeem themselves on Thursday, as they host Walter Johnson. The back-to-back games don't give them a chance to practice, however. "There's a lot for us to work on, and unfortunately we won't have the opportunity to practice and clean up those issues. Hopefully guys can just look at tonight's issues and shrug them off,” Pigrom said. We just need to stick to what we've been taught, don't try anything new and do what the coach tells us,” Kendall Douglas said.

"We're just gonna come back stronger and tear up Walter Johnson. This game should be motivation for us,” Johnson added.