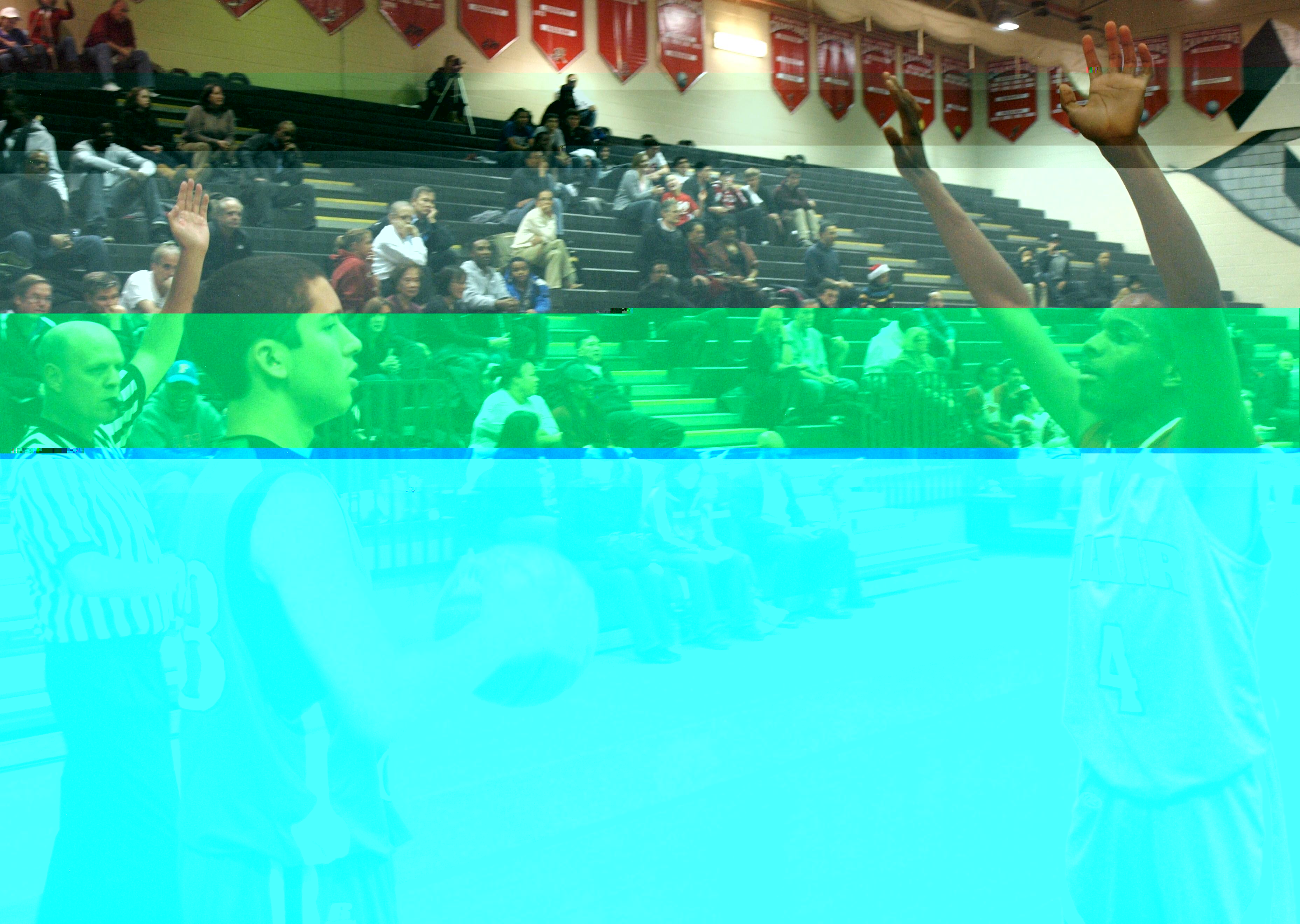 The small group of students, staff and family that braved the bitter cold on Monday night to watch the varsity boys' basketball home opener was greeted with a jolt. As the clock struck seven, they noticed a small team in red, trailing by one point with seven seconds remaining, move the ball the length of the court and finish with a beautiful layup to win the game as time expired. The crowd went wild.

But the excitement in the gym following the junior varsity team's last-second win was a distant memory by the end of the varsity game, as the Blazers (2-1) fell to the Walter Johnson Wildcats (1-2) by a score of 75-49.

The home team came out swinging, starting off the game with a pair of quick threes from seniors Tucker Canary and Theo Remy and holding its opponents to a two-point lead at the end of the first quarter.

Walter Johnson quickly responded with an 11-1 scoring run to begin the second, a quarter in which Blair gave away a few sloppy turnovers, and at halftime WJ maintained a slight lead of 34-28. Once the third quarter started, Blair's game began to fall apart even more.

The Wildcats continually forced turnovers and converted them into breakaway layups, and in one instance, a powerful dunk. According to junior guard Justin Kung, the team became upset and impatient."I guess we got a little discouraged by their easy points," Kung said. "We started forcing shots and not taking our time on offense."

The team's poor third quarter play resulted in Blair being outscored 29-6 during the period, putting the game well out of reach. At the beginning of the fourth, Blair trailed 63-34. Walter Johnson took their foot off the gas in the last period but still traded baskets with the Blazers.

Though the third quarter was Blair's worst, Kung believed that the team's performance, particularly defensively, was weak throughout the entire game. "We didn't think we started off that well, either," said the junior. "Throughout the game we didn't get back on D quick enough. [Walter Johnson] got too many easy buckets."

And, when Walter Johnson went on a run, the Blazers let their frustration get the better of them. "We definitely should have picked each other up better," he said. "I guess we isolated ourselves and played as individuals."

The team is now preparing heavily for their next opponent, Bethesda-Chevy Chase, the school at which head coach Pigrom previously coached. "[Tuesday's] practice is going to be crucial," said Kung. "Hopefully we'll take this experience and make the best out of it. [Wednesday's game] will definitely be a war."

As for the rest of the season, Kung is optimistic that it will be better than last year's, in which the boys finished the regular season 5-18 and lost in the first round of the playoffs. "It's definitely not another five-win season," said Kung, laughing. "It's a new era. We should be an interesting bunch to follow."

The boys' varsity basketball team will play its next home game on Wednesday, Dec. 14, against Bethesda-Chevy Chase at 7:00 p.m."