If there's anything to be said about this year's varsity basketball team, it's that they're resilient. 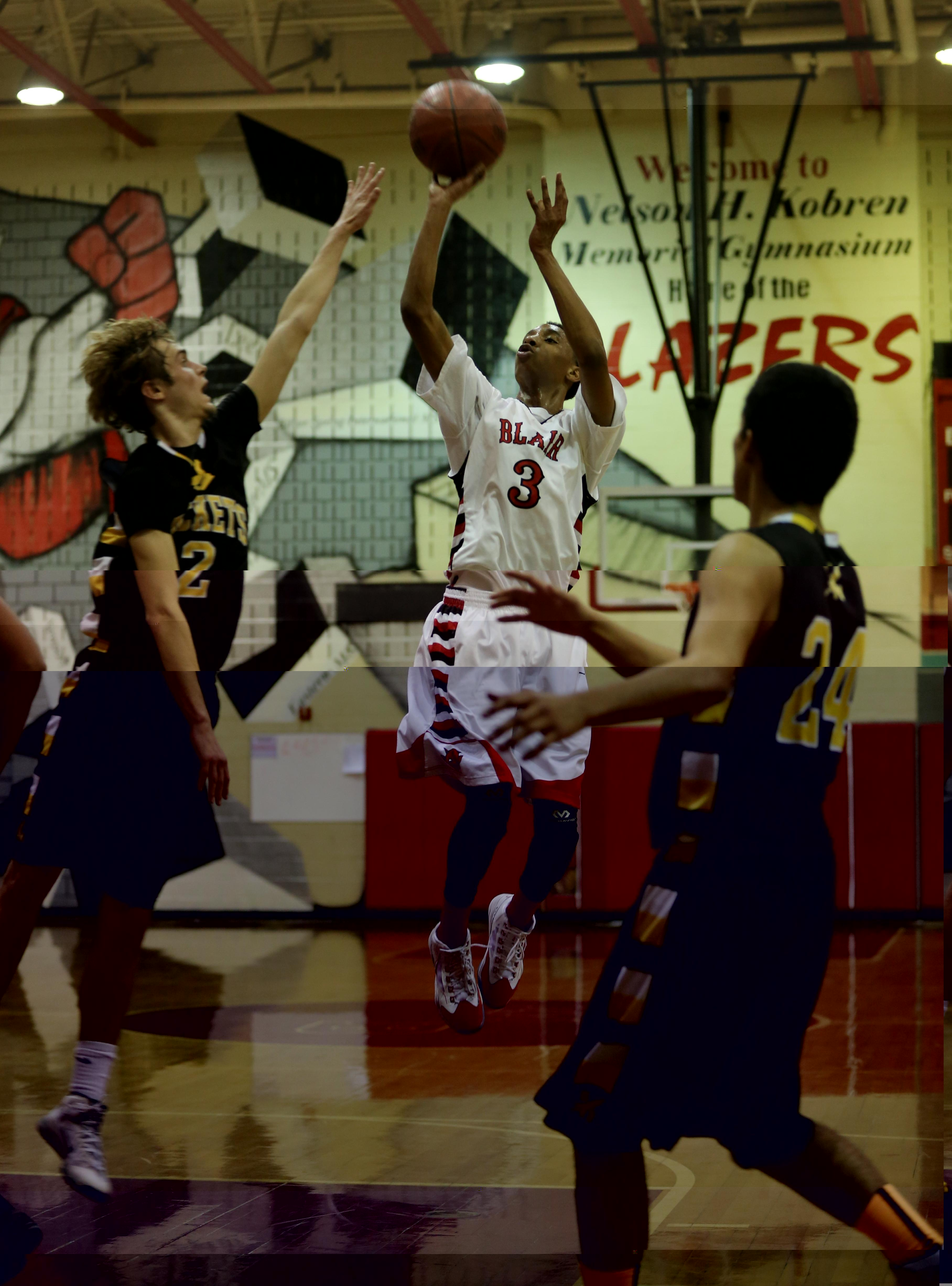 After trailing for the first three quarters of the game, the Blazers managed to snatch a 49-38 victory against the Richard Montgomery Rockets on Tuesday night. Senior center Raymond Burtnick poured in 12 points along with nine boards, and senior guards Trey Wainwright and Damar Bess scored six points and eleven points, respectively, along with a combined ten assists.

The Blazers are having an immensely successful season, but a recurring theme has been their inability to seize a game early. This game played out much the same way, as the shooting of senior forwards Mike Laybo and Nate White allowed the Rockets to maintain a lead for the majority of the game. Laybo was 3 of 5 from three-point land, and White converted both of his long-range attempts.

Early on, it even seemed as if Richard Montgomery might run away with a win. The Rockets built up a seven-point lead in the first quarter, before the Blazer offense began to kick into gear. A three pointer from junior forward Yosef Yishak cut the lead to one, and after a quick RM reply, a layup from junior forward Ishmael Sangre put Blair only down by one heading into the second. 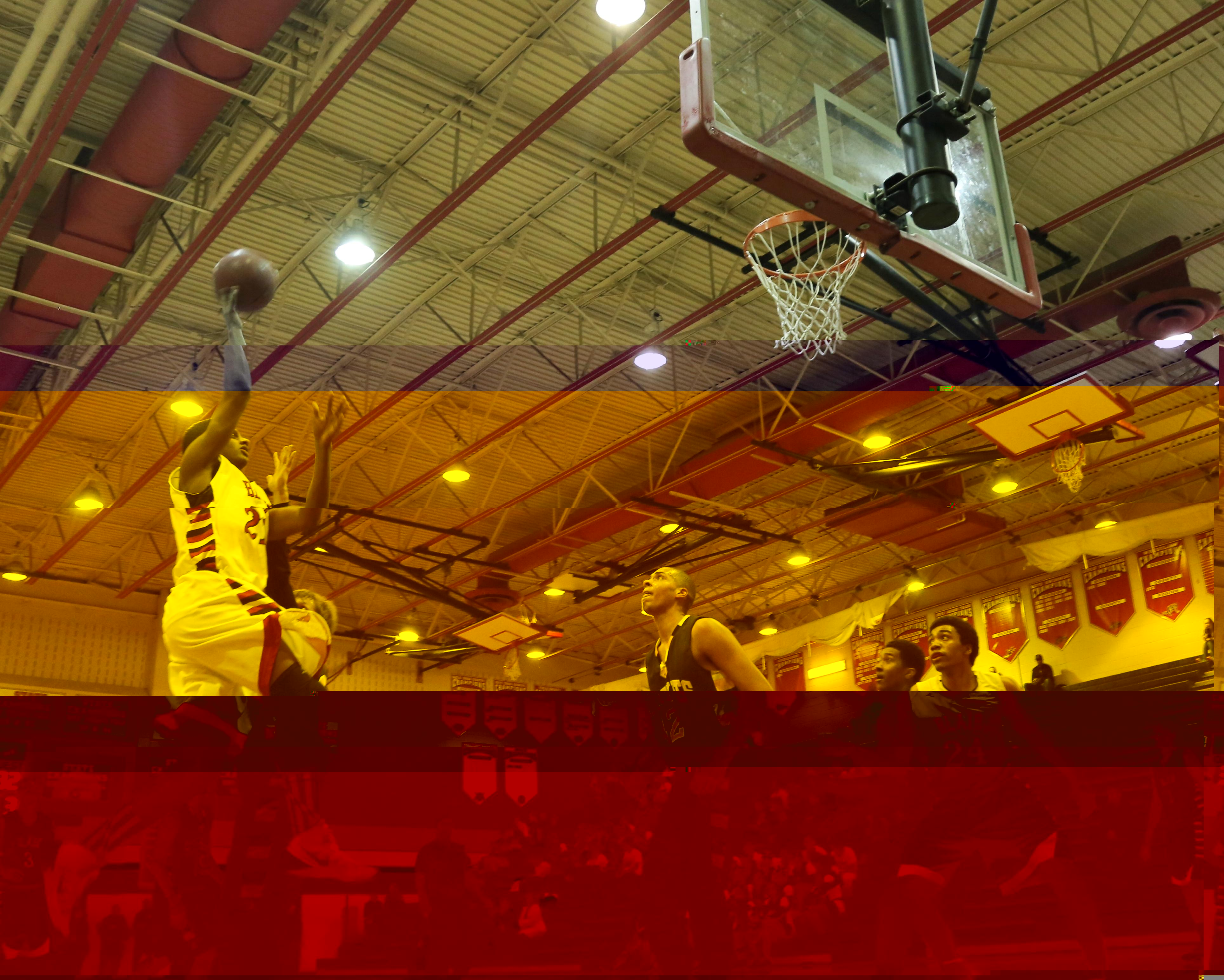 The Blazers were not able to capitalize, however, and an array of Richard Montgomery three-pointers kept the game in their favor. A runner by Bess tied the game at 15 early in the period, but that was the closest the Blazers would come in the half. White hit a contested three for the Rockets with a minute left, and Burtnick missed two free throws with under a second left. Heading into the break, the Blazers found themselves down 25-19.

The second half, however, was a different game. Blair began feeding the ball into Burtnick, who outmatched the undersized Rocket front line. A reverse layup from Burtnick cut the lead to two with three minutes left in the third and another layup from Yishak tied up the game. A long three from Laybo crushed the Blazer's momentum, however, and Richard Montgomery clung to a three point lead as the quarter ended.

The fourth quarter was all Blair. A three-pointer from senior forward Lonnie Feldman gave the Blazers the lead for the first time since the first quarter, and they never looked back. Burtnick continued to punish the Rockets both offensively and defensively, and as the Blair lead grew, the pace of the game slowed. Desperately, Richard Montgomery began to commit intentional fouls, but it was too late.

Coach Pigrom was pleased with the victory, but acknowledged that the team needs to get rolling earlier. "We just need to figure out how to bring what we do in the second half to the first half. That's collectively what we need to do,” Pigrom said. Yishak agreed but believes it's something the Blazers can work through. "It is a troubling trend," he said, "but it's something we can fight through and push through.”

The boys' varsity basketball team will play its next home game on Friday, February 21 against Albert Einstein High School at 7:00 pm.