Plagued by inconsistent play and long losing streaks, the boys' basketball team has had a trying and often disheartening 2006-2007 season. But on Senior Night, the Blazers (4-17), who entered the game with eight straight losses and a weeklong layoff thanks to the weather, mustered a gutsy win in one of the best team efforts this season. Although the win came against a Watkins Mill team (1-19) that entered the game riding a 15-game losing streak and touting a record worse than Blair's (a rarity in the county), it was a strong performance and a satisfying game nonetheless for coach Mark DeStefano and the team. Senior Sam Francois delivered 22 points while senior Ross Williams added 15 as Blair ended the regular season on a high note, with a much needed win heading into the playoffs.

In an annual tradition at the last regular season home game, seniors Francois, Williams, Richard Chavez, Matt McClain, Mohammed Roberson and Darius Smith were honored in a ceremony before the game, and were all given extensive playing time in the first half. Once the game got underway, the teams traded baskets in the game's opening four minutes, and the first quarter saw sloppy play from both sides, with numerous turnovers and mad frenzies for the ball. Blair's execution on offense improved as they settled down, building a 13-8 lead to end the first quarter. 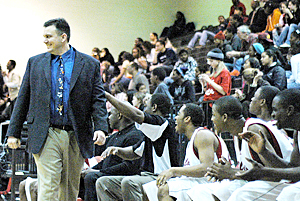 Photo: In the midst of a 12-3 run to start the second half, coach Mark DeStefano and the Blazer bench do something they haven't had the chance to for weeks: smile.

In the midst of a 12-3 run to start the second half, coach Mark DeStefano and the Blazer bench do something they haven't had the chance to for weeks: smile. Photo courtesy of Jeff Lautenberger.

Blair's strong play continued into the second quarter, as Williams scored off a steal just moments into the period. Strong defensive stops at the other end, including a vicious block by junior Issy Melton with 6:01 remaining, led to adrenaline pumping plays on offense. Williams scored twice more in the period, giving Blair a 26-17 lead heading into halftime.

Francois went on an absolute tear to open the second half, scoring all of Blair's points during a 12-3 Blair run. The Blazers' lead ballooned to 16 with three minutes left in the third after a three-point play by Matt McClain made the score 40-24. Against the Wolverines' pressure defense though, the Blazers often struggled even bringing the ball upcourt, and by the end of the third quarter, the lead was down to 13, 43-30.

Blair's inconsistency prolonged into the fourth quarter, as the inbounds pass to begin the period resulted in a Blair turnover. Watkins Mill began mounting a comeback. Sloppy play and bad passing led to easy Wolverine baskets, and Watkins Mill's pressure defense forced Blair into making careless mistakes. With just 4:34 left to go in regulation, the Wolverines had pulled to within five, with Blair leading 49-44.

During a timeout, coach DeStefano rallied the team, emphasizing breaking the pressure and not running away from the ball. The speech had an impact, as the momentum soon shifted back to Blair. Strong defensive play sparked offensive prowess, and the lead swelled to nine with 2:34 left in the fourth. With the game in cruise control, the Blazers began displaying some confident showmanship, including an emphatic dunk by Roberson with 1:04 to go, that sent the home crowd into a frenzy. Blair fought off the Watkins Mill comback, and the Blazers left the hardwood victors at last, the final score a resounding 59-46.

Senior night was a success, as Francois finished with 22 points, Williams with 15, Smith with seven, McClain with five and Roberson with four. Juniors Melton and Quintin Snively finished with four and two, respectively. 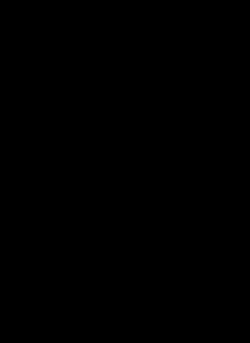 Photo: Senior Sam Francois (22 points) is fouled while going up for a rebound.

Senior Sam Francois (22 points) is fouled while going up for a rebound. Photo courtesy of Jeff Lautenberger.

The win was the first since Jan. 12, when Blair defeated Walter Johnson at home 65-41. DeStefano was especially satisfied with the teamwork in play execution on Wednesday night, calling it the best passing performance of the year. "It was a team effort," he said, as players spread out the ball and enabled each other to be successful. Much of the success came on the inside, where quick feeds and well-placed passes led to easy Blair baskets. Big men Francois, Chavez and Melton thrived off of the solid team play.

Still, the performance was far from perfect, littered by careless stretches and lulls in intensity. DeStefano cited the long layoff from practice as one of the factors that led to some of the inconsistent play. Due to the recent spree of inclement weather, the team had practiced little in the past two weeks, and this was the team's first game in more than a week. A makeup game at Northwood had been planned for Feb. 20, but according to DeStefano, it was canceled at the last minute due to difficulties in securing officials. As a result, the team did not have "game-fresh legs" and had some trouble in play execution. Nonetheless, DeStefano was confident that they would be ready to go the next time they take the court.

The Blazers take on Watkins Mill again tonight at home in the first round of the single elimination 4A playoffs. Although satisfied with this effort, DeStefano knows that tonight's matchup will not be easy.

"It will be a very different game," he said, now that "they've seen us and we've seen them." DeStefano is excited about the impending playoffs and hoped for support from the fans. "It's a one game season [in the playoffs]," he said. "We'd love to see a great crowd."

The Blair boys' varsity basketball team plays its next home game tonight, Friday Feb. 23 against Watkins Mill at 7 p.m. in the first round of the Montgomery County region 4A playoffs.