The environment on Friday night at the Gardens Ice House in Laurel for the state championship was unlike any other. Even though the location was far removed from the Blair campus, it didn't stop the fans from coming out in full force. Loud, anxious and rowdy Blazer fans packed the bleachers at the rink; as did Annapolis' fans. Cheers and jeers were heard from puck drop to the last horn from both sides of the stands, heightening the stakes and intensity of the game.

Unfortunately, the hockey team's playoff run fell just short of a state championship, as the Blazers (14-3) fell to Annapolis-Old Mill (10-3) in a heartbreaking 3-1 loss.

The Blazers were shut down offensively. Having scored fourteen goals in their first two playoff games, Blair was only able to muster one goal in the late seconds of the third period on Friday. When Blair had opportunities to shoot, the offense was caught on their off-wing and unable to get a good shot off. Annapolis' goalie Adam Childs made 27 saves on the night. 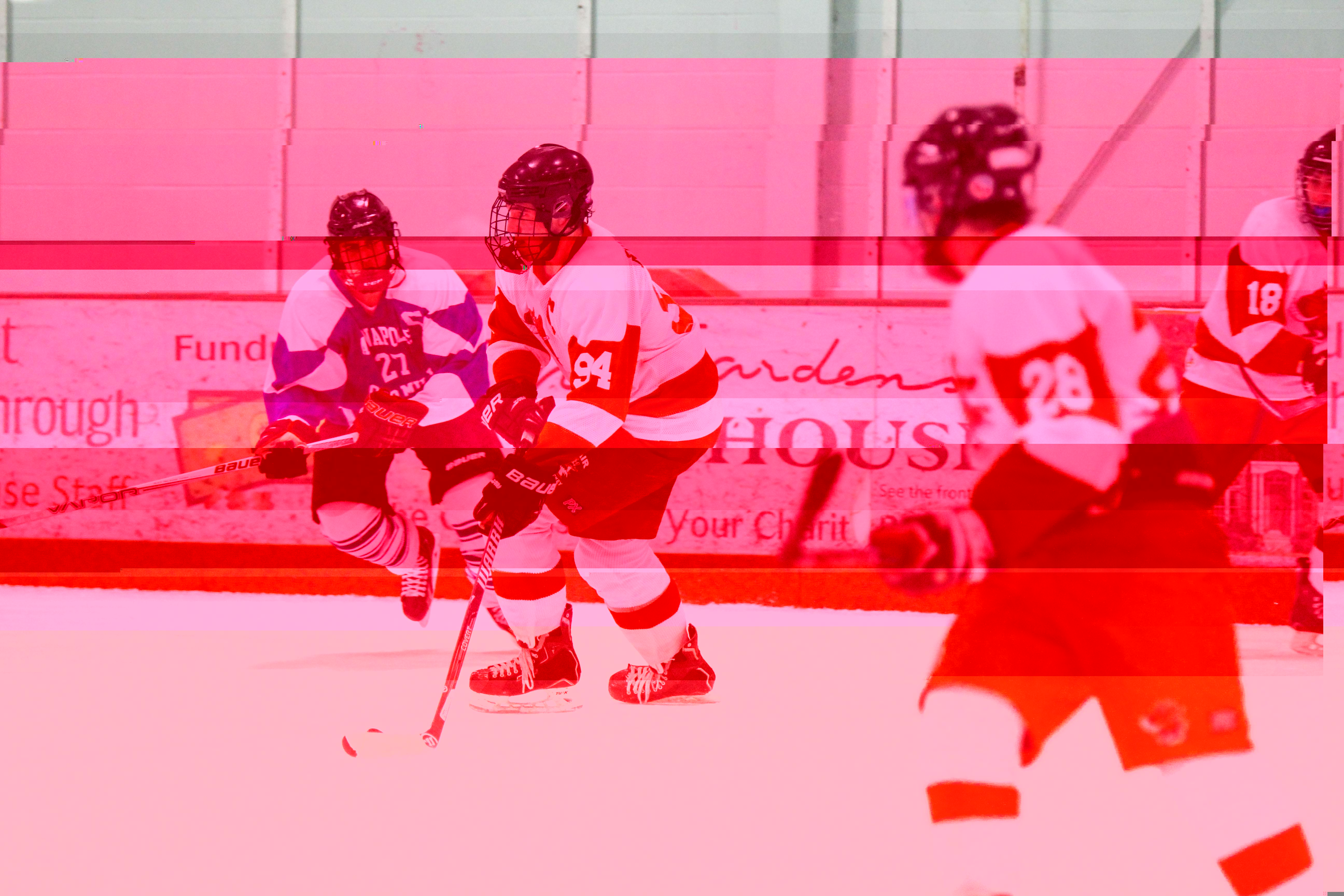 As a two-way center, Annapolis' William Jenkins dominated the Blazers. His overwhelming speed on the ice was the story of the night. He made it hard for the defense to get back in time to contain him. Jenkins had a hat-trick, scoring all three of Annapolis' goals.

The game was very back and forth in the first period. Blair faced early pressure from Annapolis after the faceoff, but was able to escape trouble. Senior captain and defenseman Sebastian Rubinstein and senior Javier Lopez had a couple decent shots on goal, but the Annapolis goalie deflected them away.

With about four minutes left in the first, Blair got a power play thanks to an Annapolis tripping penalty. But the power play was soon erased after senior Javier Lopez was called for high sticking. Following the brief power play Annapolis went into attack mode. The team had a slap shot that missed the net by inches as the puck deflected off of the top bar. Fortunately senior Max Kronstadt was able to clear the puck.

In the second period Rubinstein blocked a shot on goal and came back down the ice for a shot, but it was saved by the Annapolis goalie. Einstein Senior Ty Wilson had another good look, but it was once again stopped. Immediately afterwards Annapolis had a breakaway, but Blair's goalie Alexander Zastrow was able to stop the puck.

Around the nine minute mark, Annapolis' Jenkins had a breakaway, but this time he was able to push it past Zastrow on the right side of the net for the first goal of the game. 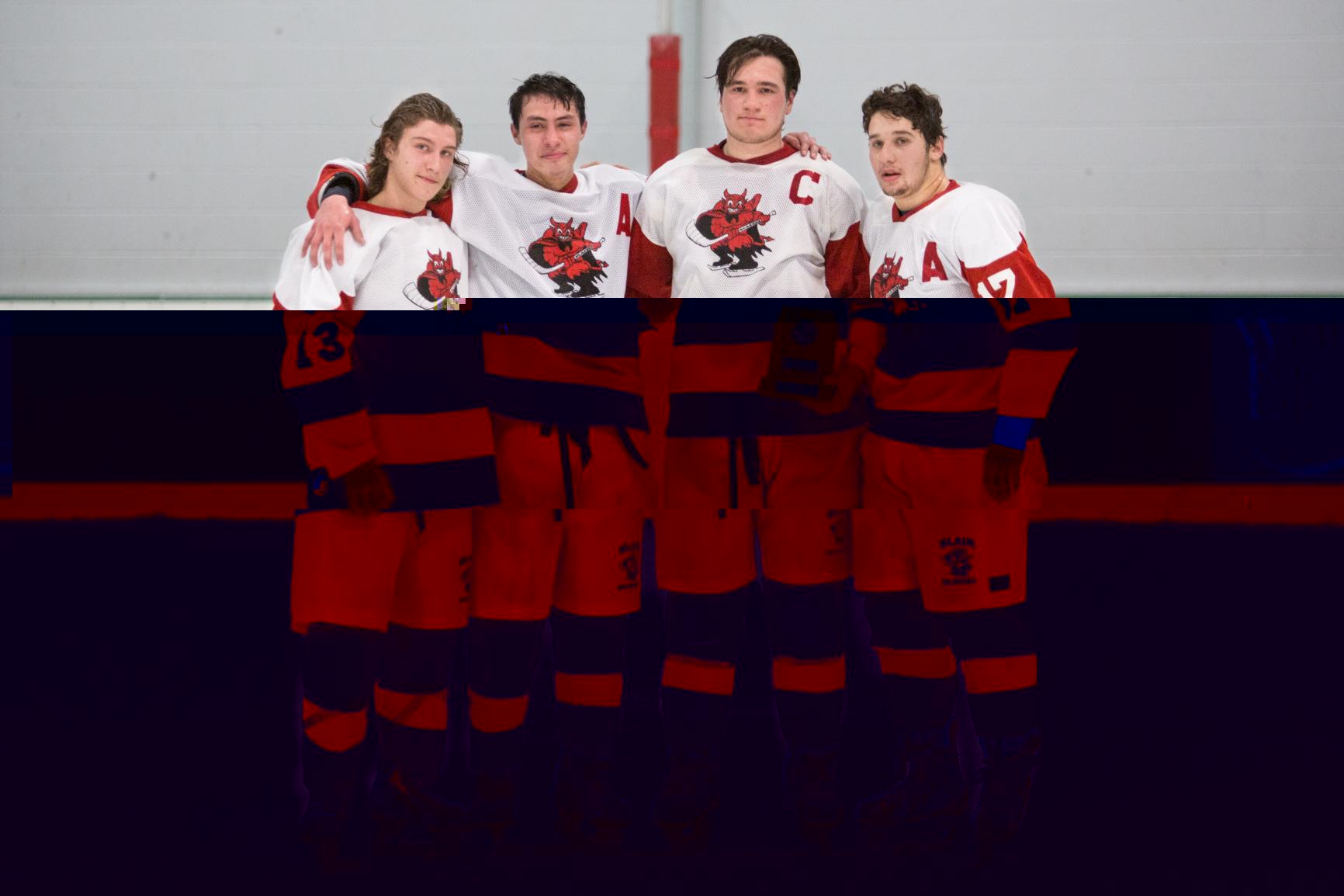 Photo: The Blazers' seniors pose for a final time.

Blair came back with a ton of pressure on Annapolis. However on their final play of this offensive sequence, the puck bounced off a Blazer skate and right into Jenkins' possession. Jenkins sprinted down the ice again and converted his second goal. At the end of the second period the Blazers were down 2-0.

In the third period the Blazers had a couple of power plays. but ended up on the defensive end for most of both. At one point senior defenseman Kenny Johnson had to sprint down the ice to stop another Annapolis breakaway. With only two minutes left in the game, Zastrow made a miraculous save on another breakaway.

Blair pulled Zastrow with about 90 seconds left to look for a quick goal, and Javier Lopez gave it to them in a scrum in front of the net. With 30 seconds left in the game and Zastrow pulled, Annapolis sent a desperation shot down the entire length of the ice that missed the goal by a matter of inches, and was subsequently called for icing.

Immediately following the face off, Annapolis' Jenkins had his third breakaway of the game on Blair's open net. Rubinstein sprinted after him, but his stick couldn't block the shot in time as Jenkins scored his third goal of the night. The goal sealed the 3-1 win for Annapolis. The reaction was immediate, Blair's players were sprawled out on the ice, some even in tears. The Blair bleachers went dead silent as well.

Even though Blair was initially sanctioned and banned from the playoffs, the team was able to work their way in via an appeal to the league. The loss was an unfortunate ending to a very successful season for the Blazers hockey team, who graduates a number of key seniors.