It's been a rough season, but the varsity boys' lacrosse team (3-11) had plenty of reasons to smile following an 8-4 debunking of the Einstein Titans (2-9) on Thursday night. 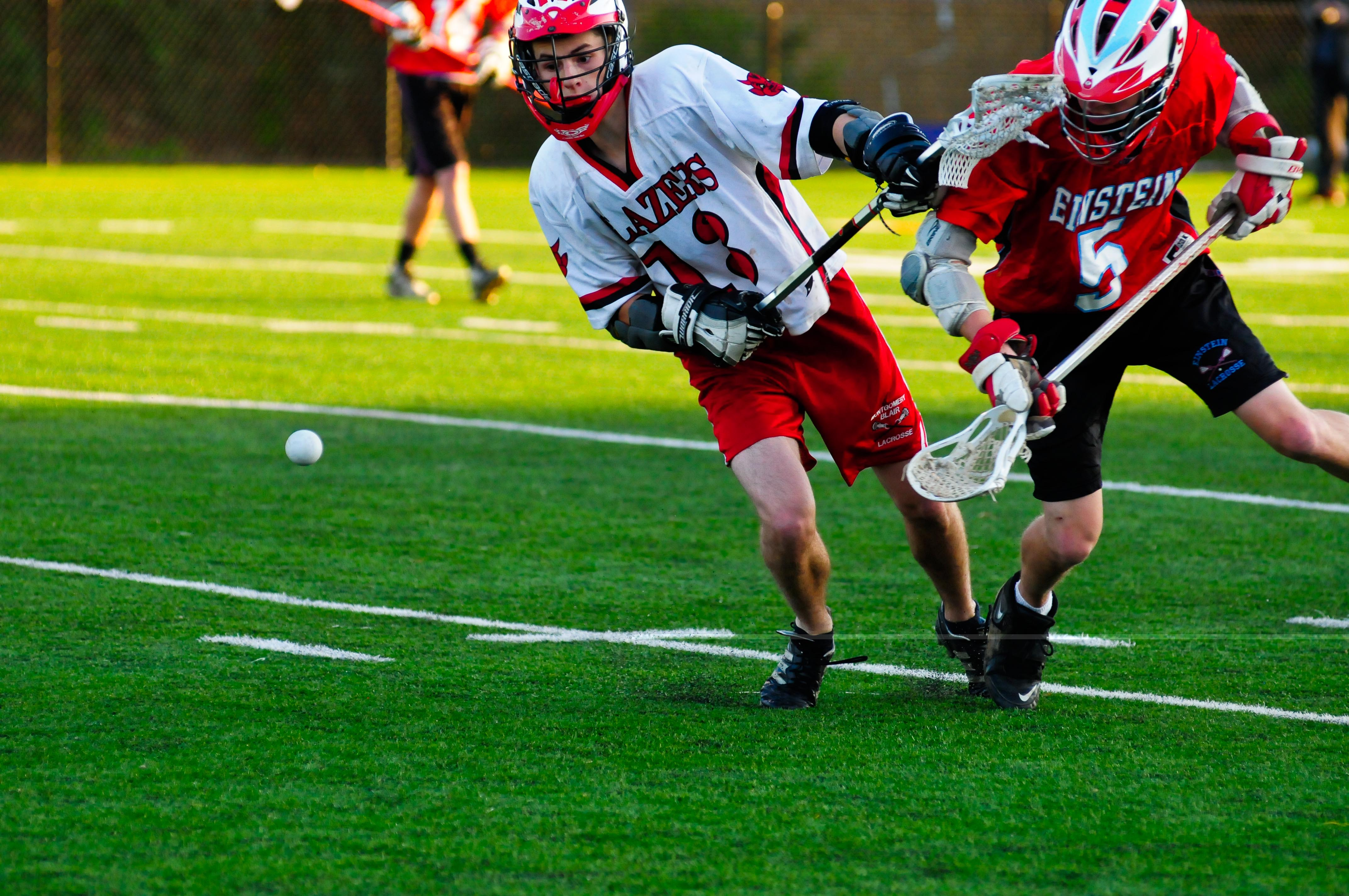 The Blazers won in convincing fashion on senior night thanks in part to aggressive play from junior middie Shailesh Bogati, who finished with three goals and an assist. "I had to do it for the seniors,” Bogati said. Several other players were instrumental in the victory. Senior attack Paul Kovar brought energy and toughness from the start, hustling for loose balls and burning Titan defenders. Meanwhile, three-year varsity starter Kit Durban was steady in goal in his final game at Blazer Stadium. "Everyone did exactly what they were supposed to do,” head coach Chris Brown said. "It was a lot of fun.”

Blair got off to a rocky start, allowing Einstein's Sean Loftus to break free and score the game's first goal just three minutes in. But the Blazers would respond in a big way, as four straight goals catapulted Blair to a huge lead. The highlight of the game came at the end of the first quarter, when Kovar laid out an Einstein player, gained possession and whipped a pass to Bogati, who sped upfield juking Titans left and right. Nearing Einstein's net, Bogati got it back to Kovar, who finished on a beautiful high-to-high rip with three seconds remaining in the quarter. "I took it coast-to-coast, and I saw Paul so I passed him the ball and he scored,” Bogati said. 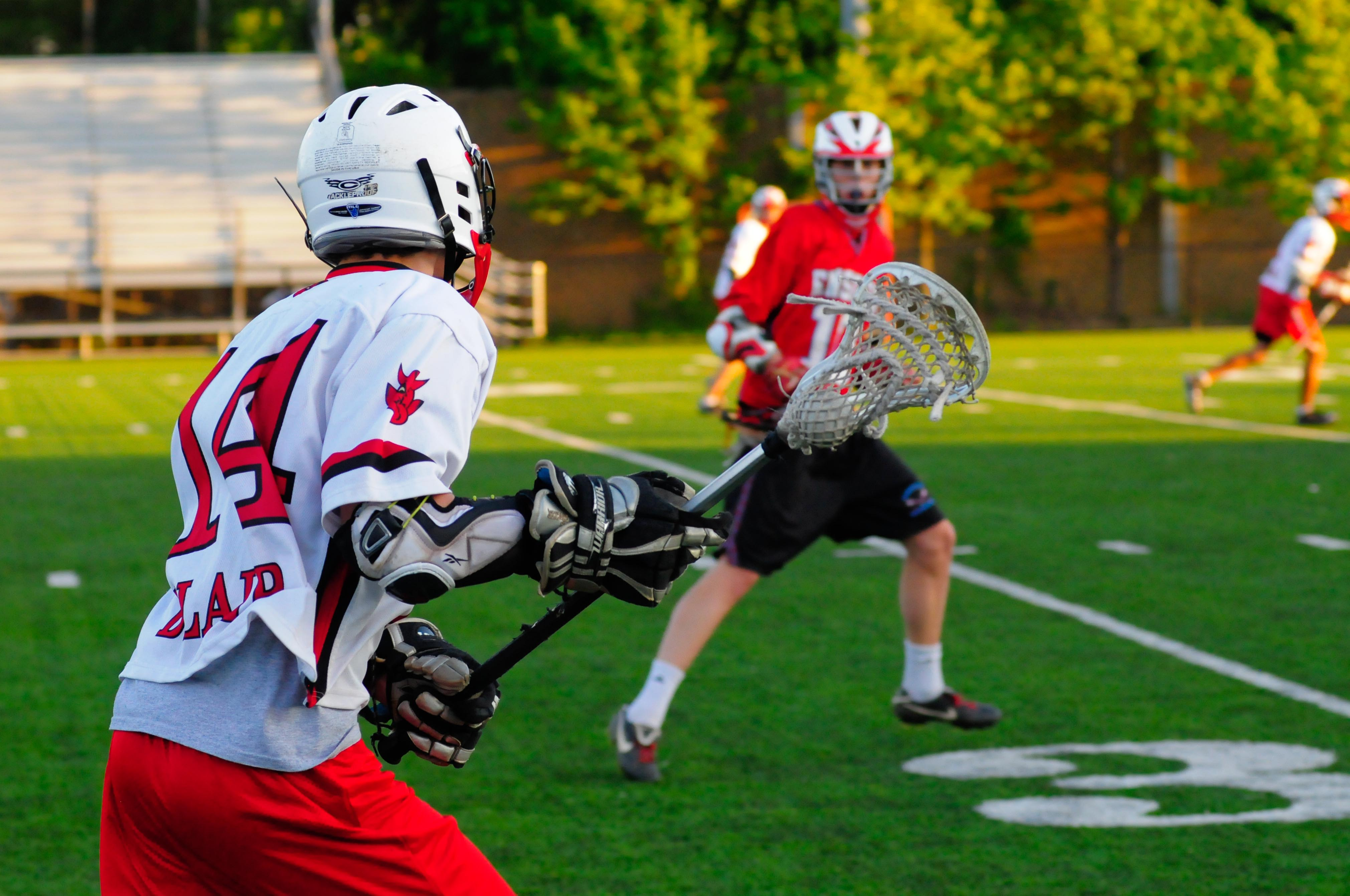 Photo: Junior middie Eric Colbert cradles the ball, looking for an open teammate. Blair improved to 3-11 on the season with the win on senior night.

Photo: Junior middie Eric Colbert cradles the ball, looking for an open teammate. Blair improved to 3-11 on the season with the win on senior night.  Photo courtesy of Colin Wiencek.

After Bogati scored to put Blair up 4-1, it looked as if the Blazers might run away with the victory. But Einstein had other plans. Two second-quarter goals from Ryan Ferguson and Tim Higgins, respectively, had the Titans on the comeback trail. "I think the excitement of senior night was getting to [Blair],” Brown said. "I was trying to get seniors a lot of playing time, so they were playing with guys they don't usually play with.”

However, the Titans' success was short-lived as Brown soon returned to his usual line-up. "We got back to the basics and got back to kids that they're used to playing with, and they picked it up,” Brown said. Blair dominated the second half, matching its offensive output from the first 24 minutes with four more goals. After a rare occurrence during which his stick snapped directly in half, senior attack Vishnu Rao scored with 8:00 left in the third quarter – new stick and all. A hockey-style shot from Bogati and two fourth-quarter goals from senior Gudong Fu sealed the deal for the Blazers. Fu, smiling ear-to-ear following the win, was proud of the way Blair got the job done. "We came out here, and we were like, ‘We have to get this W.' For our seniors, for ourselves and to be better than last season,” Fu said. "That was our goal, and now we accomplished it and it feels great.” 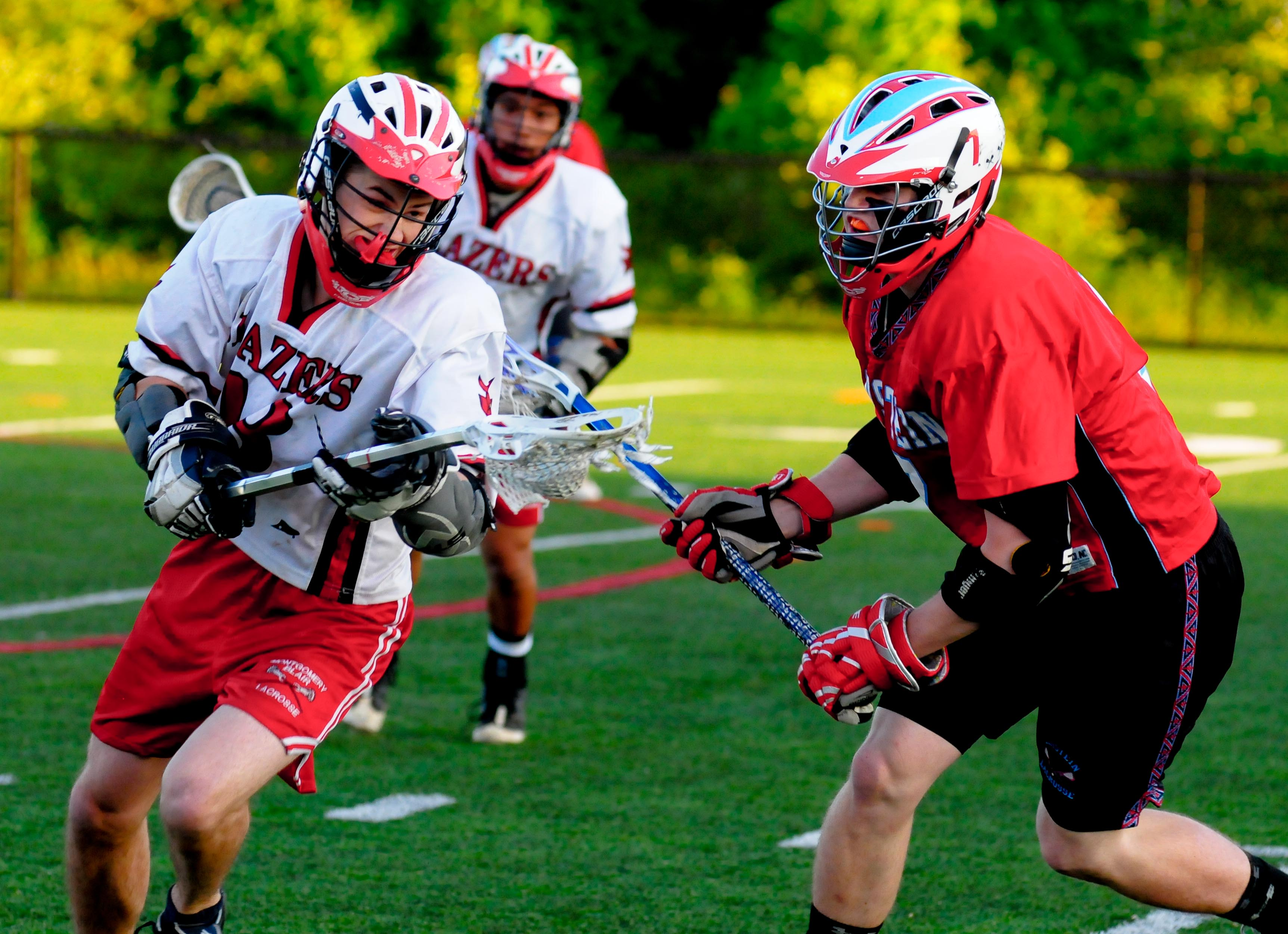 Photo: In its last home game of the season, Blair beat Einstein 8-4.

The Blazers will face Damascus (6-4) on Saturday in their last regular season game. Brown is excited about the possibility of coming out and finishing the year on a high note. "I would love to come out strong with Damascus,” he said. "I'm hoping for a win to finish off the season.” Fu echoed his coach's words and added that they will prepare diligently for a solid Swarmin' Hornets squad. "Hopefully we're going to work really hard tomorrow, watch our tape, find out the mistakes and see what we did good and then carry that over to the Damascus game,” he said.

After Saturday's game, Blair will work hard in practice for the upcoming playoffs. "We're going to come out hard and try to go all the way,” Bogati said.

The varsity boys lacrosse team will play its final regular season game on Saturday, May 7 at Damascus at 2:30 p.m.