On a beautiful afternoon, several parents were in the stands to support the Blair boys' lacrosse team (7-5) and especially its seniors as they soundly defeated the Wheaton Knights (0-10). Strong Blazer offense and defense contributed to the final score of 17-5. 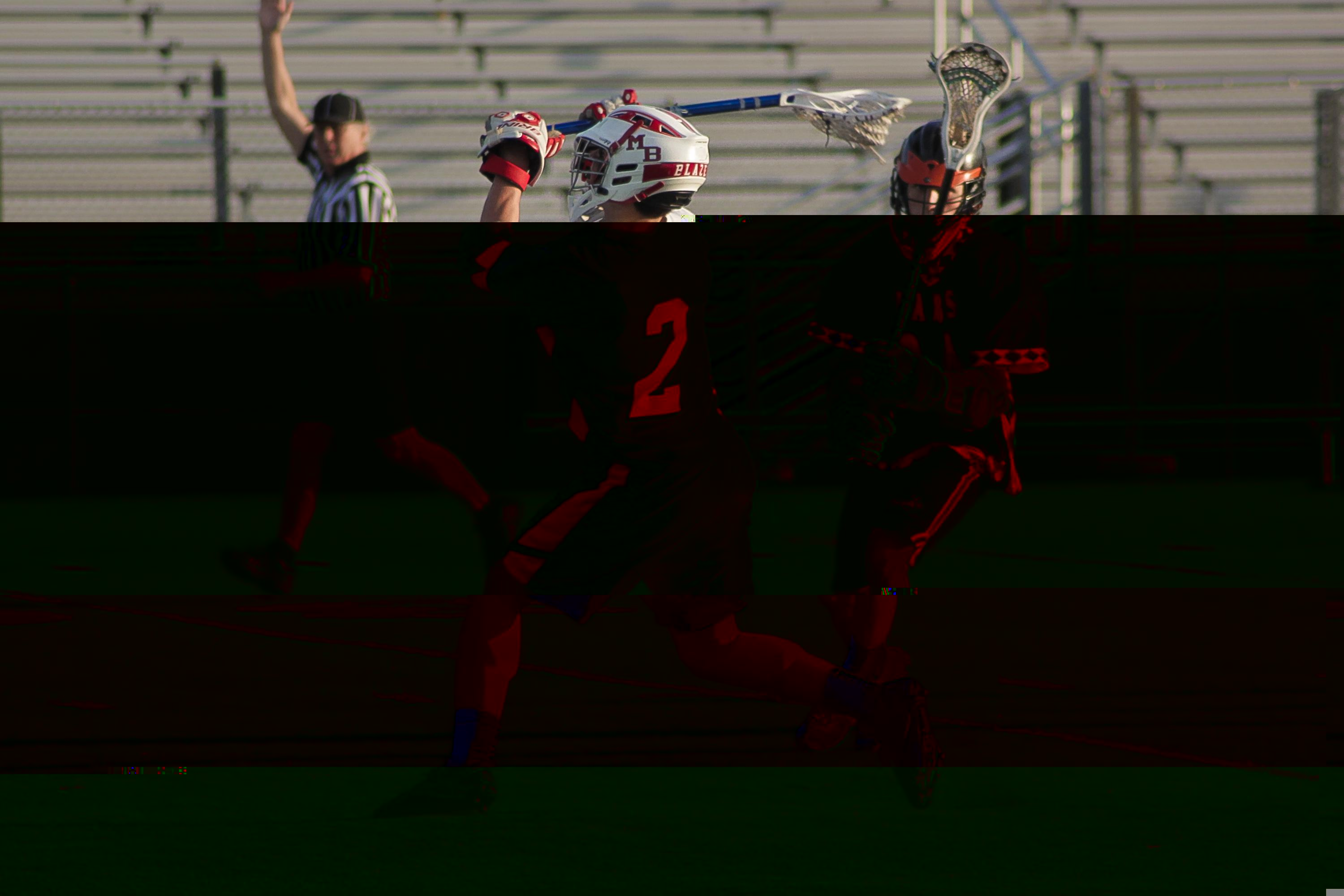 Photo: Senior Nate Goodin has led the team all year, and added six goals against Wheaton.

Photo: Senior Nate Goodin has led the team all year, and added six goals against Wheaton.

Blair dominated the game from the get go, scoring three of its points in the second minute of the game. First, senior Michael Riley scored with an assist from senior Nick Porter. Senior Nate Goodin followed with two more goals in the next twenty seconds. After Blair's early lead, Wheaton tightened up its defense, but still allowed Riley to score one more time and senior Tommy Harrelson to score twice. Meanwhile, the Blazer defense only allowed Wheaton to score once in the last thirty seconds of the quarter.

The second quarter gave Blair a chance to extend its lead to 11-3. Senior Bryan Roa scored once and Porter and Goodin added two more goals each. 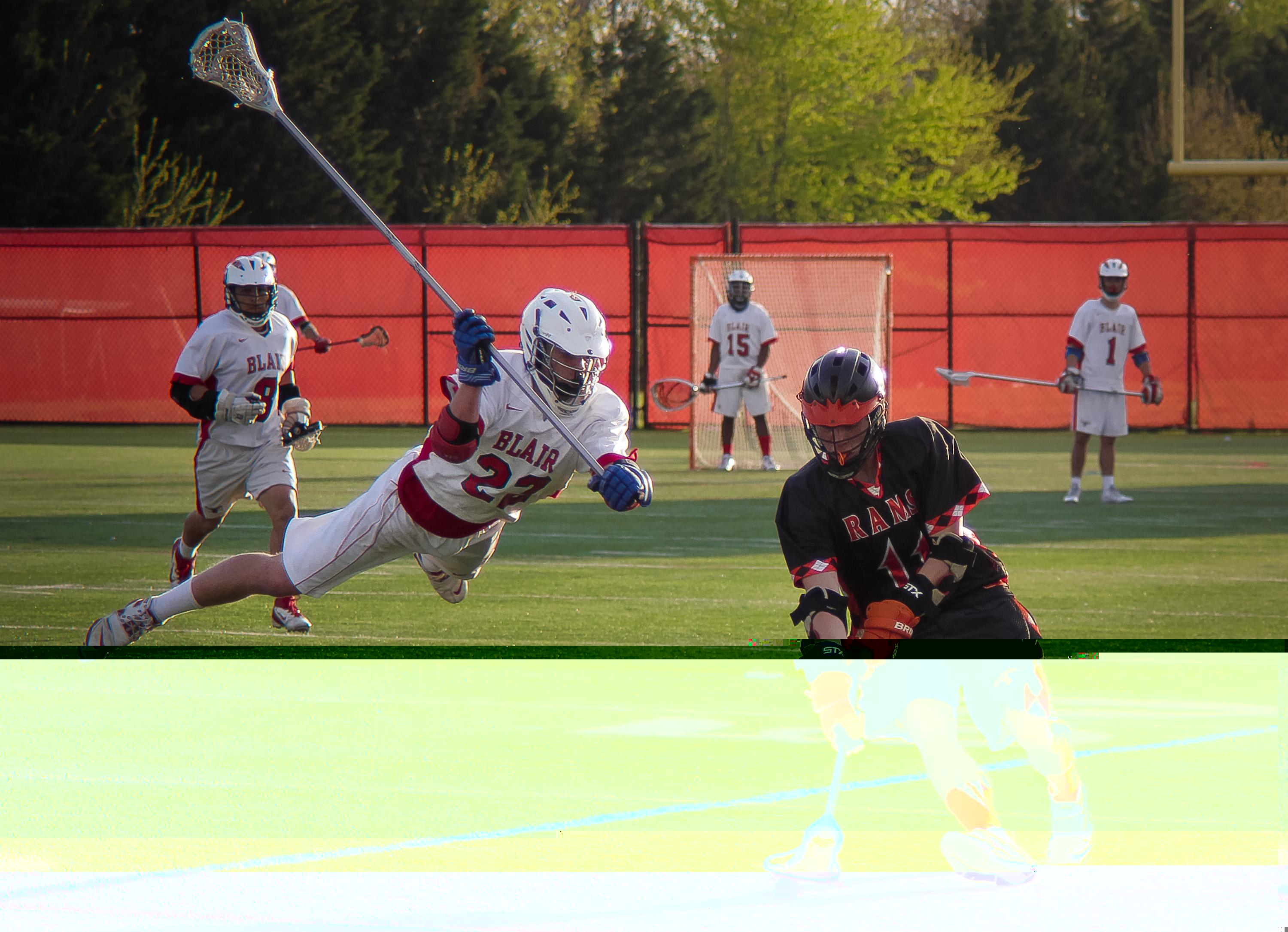 The second half of the game slowed down. Strong defense from senior goalie Alec Fields and seniors Will Tien-Street and Yohannes Sium prevented Wheaton from scoring more than twice more. Porter and senior Zak Scarano were able to score once each, while Goodin scored three more times. Senior Darren Cumberbatch was also finally able to score after three attempts and one assist.

The game is Blair's last scheduled game and the team celebrated all of its seniors. During half time, the seniors and their parents were recognized and a small party followed the game. The seniors also rightfully scored all of the goals.

Coach Christopher Brown was very happy with the game. "It was good. Most of the seniors got a lot of playing time. A majority of the offensive seniors scored. It was a fun day. We worked together as a team and a lot of the parents came out," he said.

Scarano agreed. "It felt good to get the seniors out there. Guys contributed who don't normally contribute as much," he said.

Brown, however, is upset to be losing fourteen seniors. "It's a great group of seniors. They have a lot of firepower. It's really going to change the dynamic of the team next year," he said.
The seniors mirrored Brown's comments. "It's going to be sad. Whether we lose or win at playoffs, it's going to be said. I'm going to miss the guys," Scarano said.

The upcoming weeks mark the beginning of playoffs. Looking back over the season, Brown said, "We've had our ups and downs but this is the best team I've ever coached."