The Blazers (4-4) beat the Kennedy Cavaliers (1-7) handedly on their Senior Night, 9-2. Despite having a rough start, Blair picked up the pace throughout the game, scoring a third of their goals in the final ten minutes. 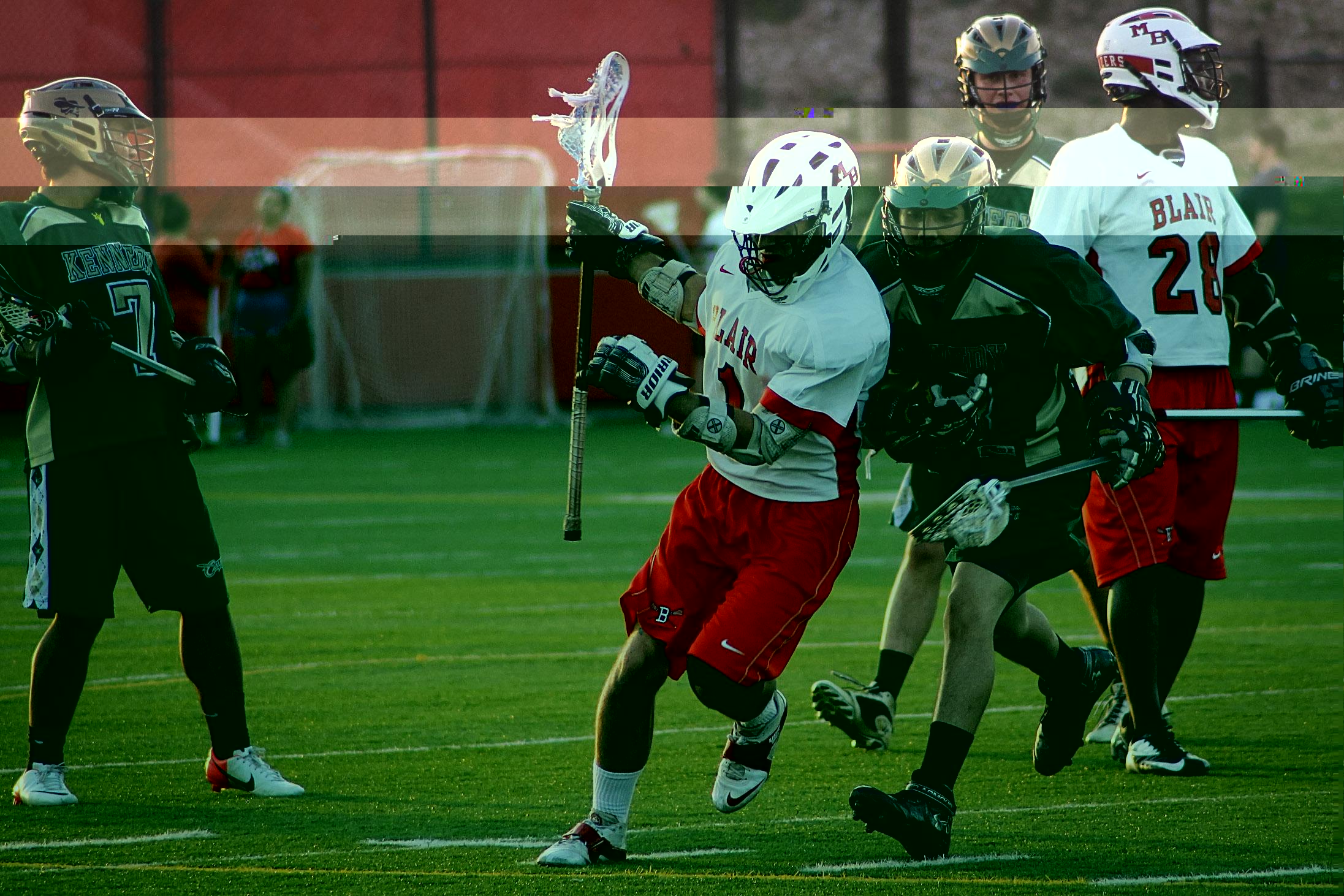 Photo: Junior Nick Porter cradles around a hit on his way to one of his three goals.

Photo: Junior Nick Porter cradles around a hit on his way to one of his three goals.

Blair took an early lead with a goal from junior Nate Goodin, and continued to maintain this lead the rest of the game. This shutout continued until the third quarter, despite the Cavaliers' strong offensive efforts. The Blazers continued scoring all the way into the fourth quarter, steadily improving their communication and movement as the game progressed.

The game was a harder fought battle than Blair had initially anticipated. "We knew Kennedy was a weaker team than those that we've been playing, but because of that we lowered our intensity," senior captain Joshua Blockstein said. "Once we realized this, we picked it up and focused in." This initial lack of intensity meant the Blazers had trouble holding onto the ball, despite keeping it near Kennedy's goal for nearly the entire game. 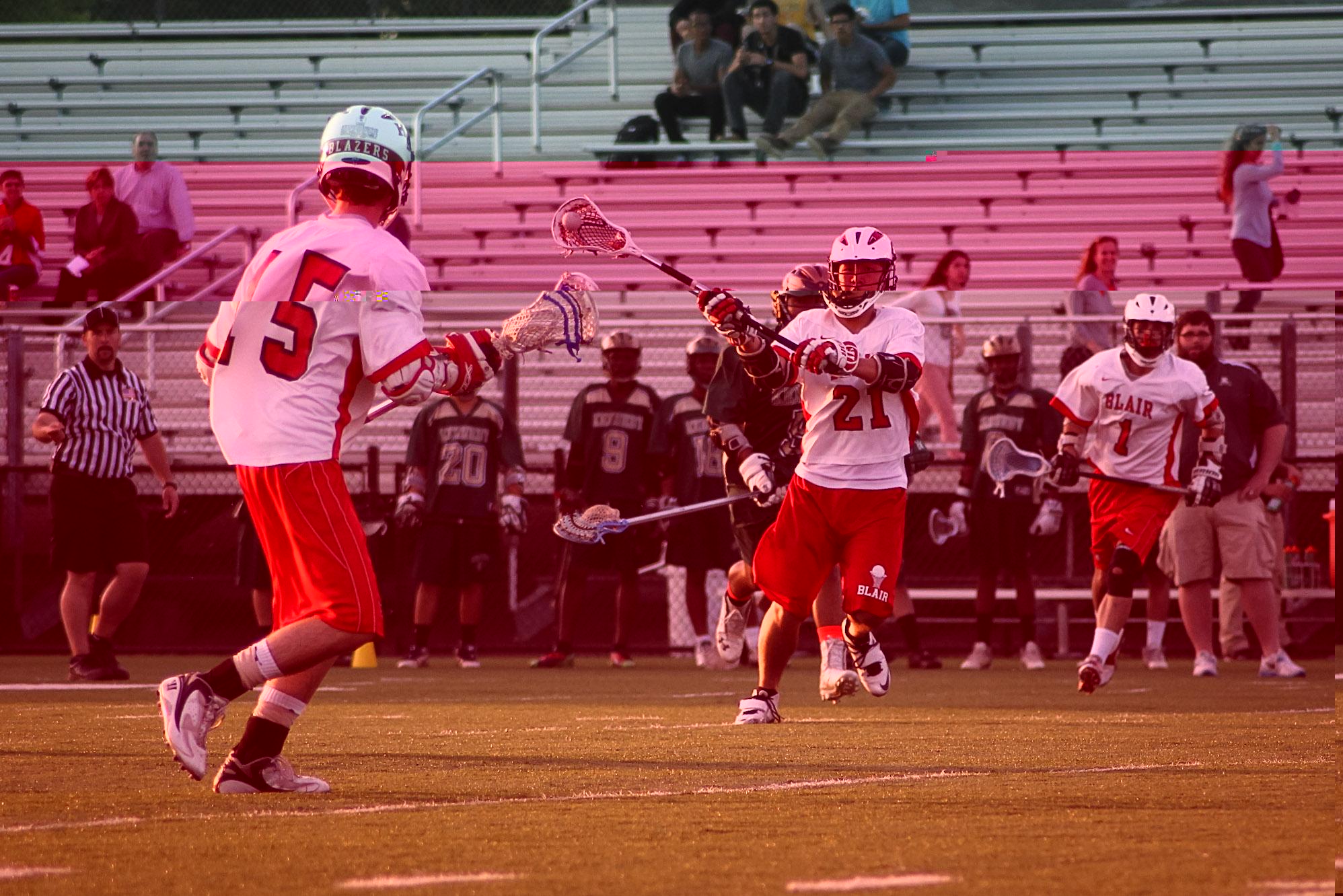 The victory was special for the Blazers because it celebrated the team's graduating seniors. Although Blair is a relatively young team, the seniors came out in full force against Kennedy. Blockstein had an impressive game, only letting in two shots and making close to 20 saves. Senior Michel Devynck played an aggressive and active game, supporting the offense the entire time. Seniors Trevor Gibson and Nick Seidell kept constant pressure on the Kennedy goal, playing with intensity. Senior captain Justin Kung has been one of the most dynamic and exciting players this season, playing against the Cavaliers with powerful energy, that led to several assists. These seniors have brought the team together and will be sorely missed by the rest of the young team.

The Blazers have developed considerably since the beginning of the year, coming together as a team on both offense and defense. While the match ups for the rest of the season will be quite difficult, the progress that the team has made so far is a testament to the players. "They've come a long way," coach Christopher Brown said. "They're such fast learners and just really dedicated."