Blair extends unbeaten streak to six with a 4-0 victory

The Blair varsity boys' soccer team (6-0) fought through heavy rain to overcome Kennedy (1-3) by a score of 4-0. The win keeps Blair's undefeated record intact through half of the season's games.

Once again, Blair struggled at first to find the net early despite energetic performances by attack-minded senior captains Jimmy McMillian and Miguel Lopez. Both players had multiple shots on goal within the first twenty minutes, but thanks to a combination of solid defending and good goalkeeping by Kennedy, neither was able to put it home.

In the 24th minute senior Jesus Hernandez came on as a substitute in the midfield, and in the 25th minute he drew a foul in the box, leading to a Blair penalty. Lopez stepped up to the spot and drilled the ball into the right corner, past the outstretched arms of Kennedy's keeper.

In response to his penalty goal, Lopez explained attributes the win to the mentality and focus of the team more than anything else. "The key to this game was that we focused only on this game, and not on anything else. This team has given us two hard fought contests in the last few years, and we just needed to put that out of mind," said Lopez. 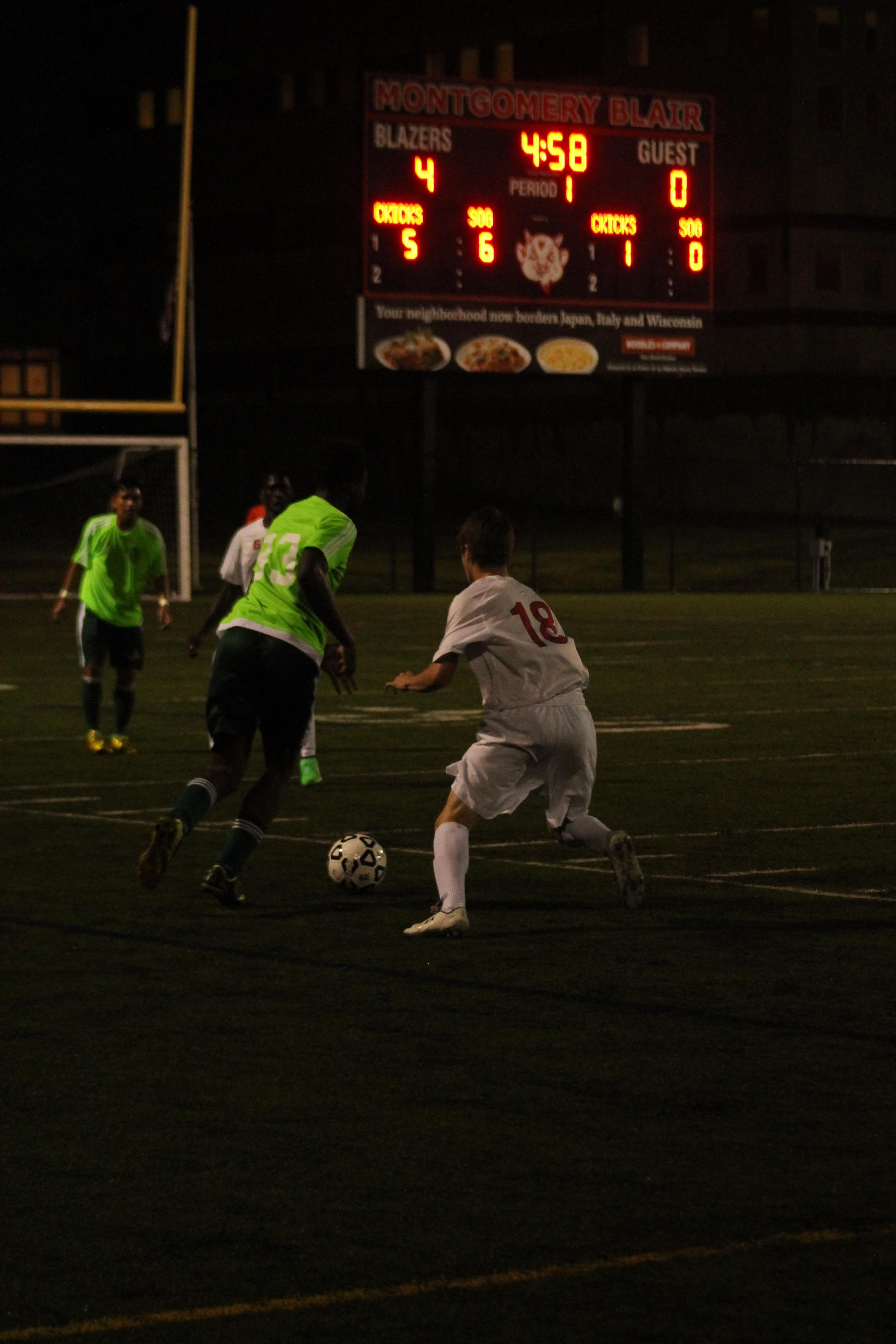 Following the opening goal, Blair went on the offensive, winning a series of corners in the 32nd minute, one of which was struck from the left side by senior Michael Lake. The ball bounced around inside the box for a few seconds, and one of the Kennedy defenders, accidentally kicked the ball into his own net. The own goal brought the scoring for the half to a close, leaving the Blazers up 2-0.

In the second half, the Blazers had a similarly long goal drought through the opening first few minutes. Blair restarted the scoring in the 68th minute, when junior wing back Austin Kokkinakis played a ball through to McMillian, who used his pace to run through Kennedy's defensive line. One minute after the restart, junior defender Rolf Ngana juked his way through Kennedy's defense and drilled in a cross to McMillian at the back post for his second goal. McMillian almost completed his second hat trick of the season with a shot to the back post in the 76th minute, but it went wide.

Kokkinakis attributed the team's prolific goal scoring in the late minutes to teamwork. "I think that as a team and as a unit we stayed solid throughout the midfield and on the wings, and in the second half we did a good job of distributing to the wings, which led to multiple goals," said Kokkinakis.

Ngana had a similar perspective on Blair's attacking success, talking about how well the Blazers work together. "As a team, we were strong in the back, the middle, and even on offense. When everybody played together, that was the key," said Ngana.

Kokkinakis and Blair hope to continue the undefeated season Thursday in an away game against Churchill. "This is just the start for us. Six wins is nothing. We're looking at the best Blair soccer season in a long time. We just need to keep playing together as a single unit," said Kokkinakis.