After a less than impressive performance in Monday's game against Magruder, the boys' varsity soccer team (3-2-1) annihilated the Springbrook Blue Devils (2-5) by a score of 6-0. Improved communication was a key factor in making the team a cohesive unit in this game. 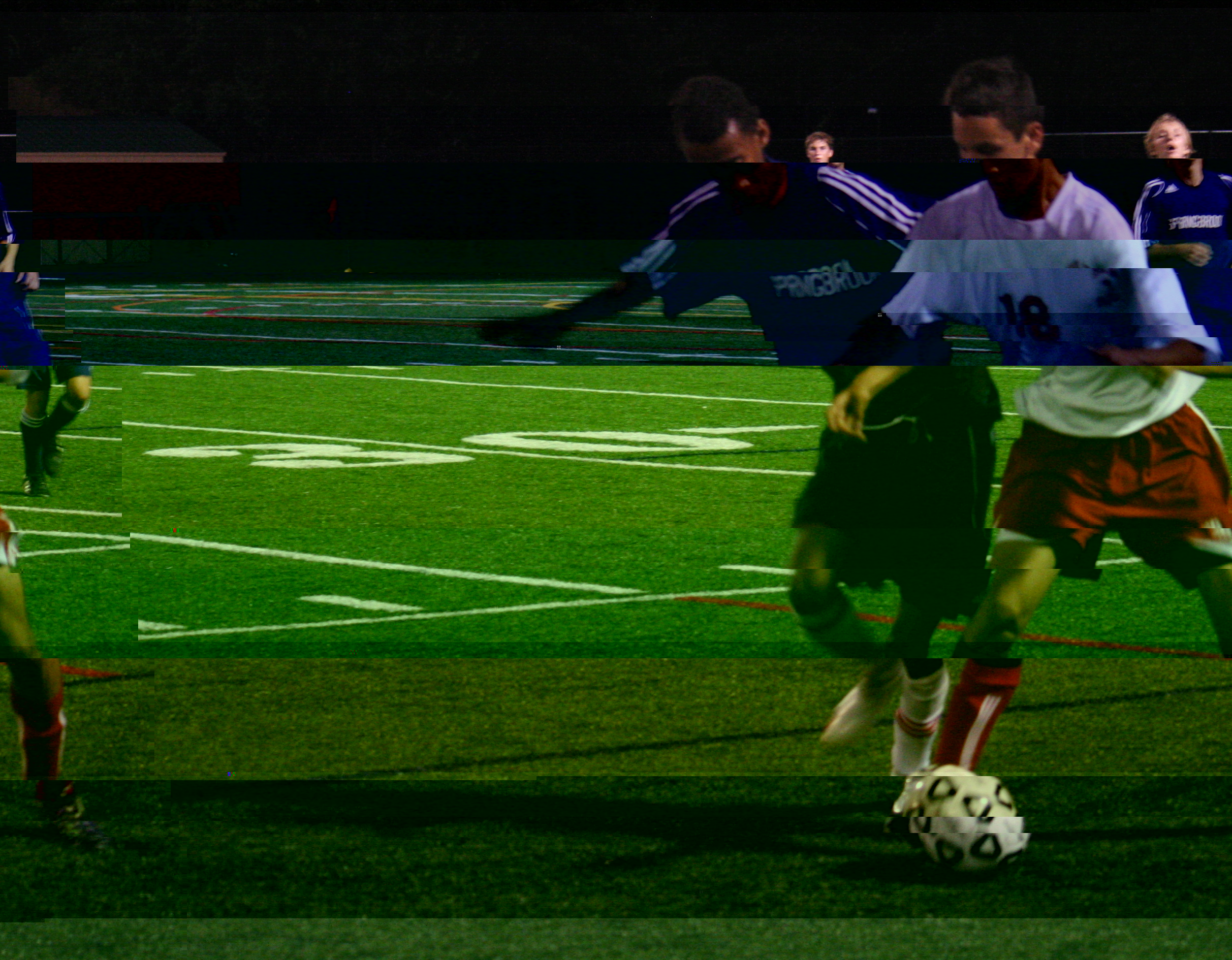 Photo: Junior midfielder Alex Demouy battles with a Springbrook forward to keep the ball out of Blair territory.

Photo: Junior midfielder Alex Demouy battles with a Springbrook forward to keep the ball out of Blair territory.

The match began with early offensive attacks by Blazer forwards and midfielders. In the seventh minute, senior Andrew Lichter sent the ball sailing past the Blue Devils' goalkeeper to make the score 1-0. Blair upped their offense in the second half, scoring five goals to end the game at 6-0. Throughout both halves, the Blazers maintained strong communication and demonstrated strong team chemistry, making sharp passes to each other to keep possession of the ball.

Senior goalie and co-captain Kit Durban noted the difference between this game and the Magruder match. "It was a huge contrast from yesterday. We made all the right passes and played a much better game," Durban said.

Junior co-captain George De Rossi was pleased with the team's play. "We played a lot better today," he said. "We connected better than in yesterday's game." De Rossi scored two of the five goals in the second half. Forward freshman Donald Benamha and sophomore midfielders, Aron Coste and Simon Amato, scored the other three goals, respectively. 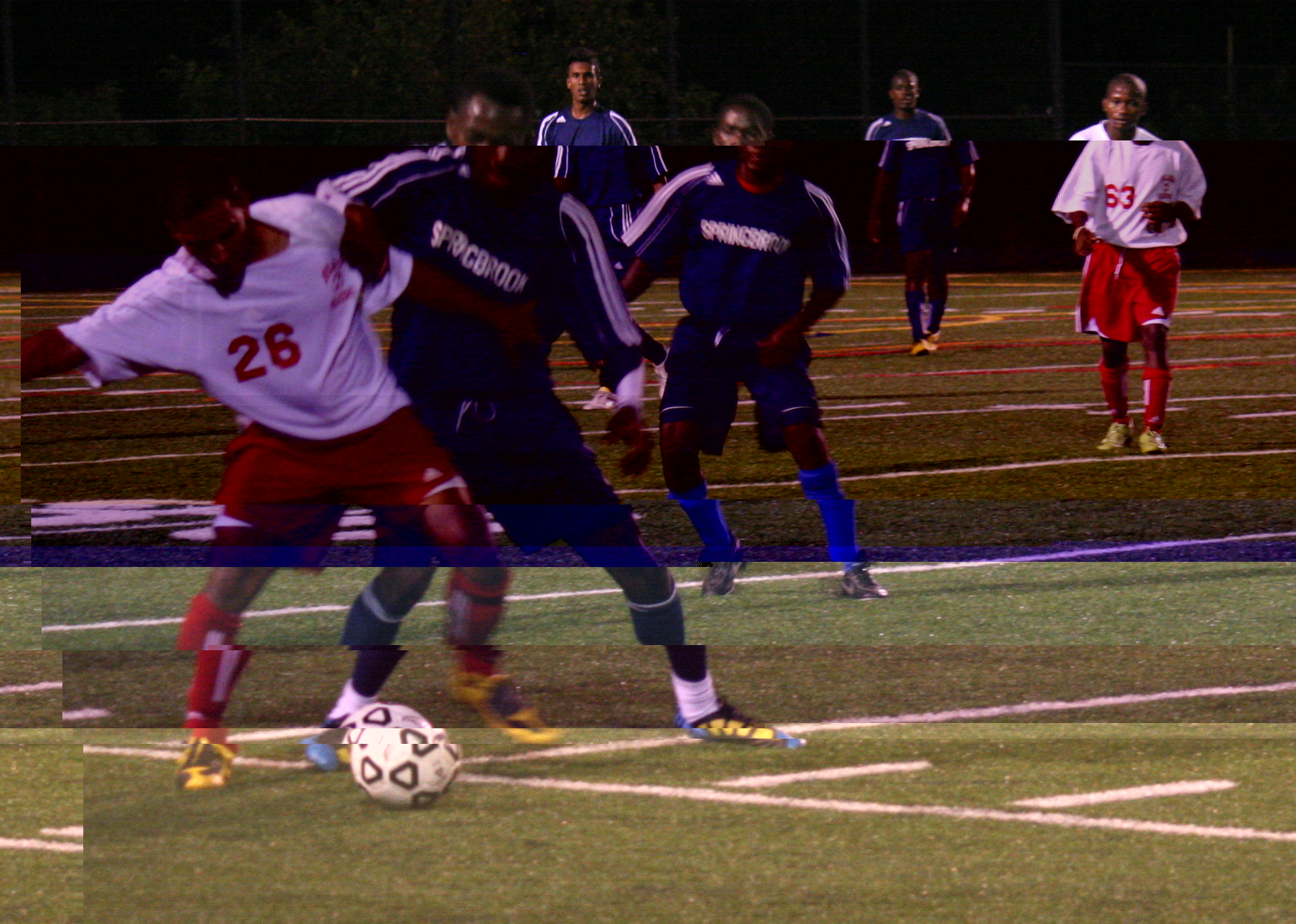 Photo: Senior Santiago Orbes fights with Springbrook defenders for possession of the ball.

Photo: Senior Santiago Orbes fights with Springbrook defenders for possession of the ball.

Blair's solid defensive line was able to make sure that Springbrook forwards had no chance of retaliating after Lichter's early goal. Junior co-captain Kevin Fallet along with seniors Ben Kaufman and Robert Huang were able to keep the ball out of Blair territory and on Springbrook's side of the field with several sweeping kicks in the first half.

Durban explained that because Blair was able to keep possession of the ball, the Blazers were able to wear out Springbrook's players. "The field tired them out," he said.

In spite of their dominant performance, Durban, Head coach John Haigh and De Rossi understood the need for the team to stay healthy and play a complete game to ensure future victory. Haigh noted that having fewer injured players also contributed to the win and will be essential for future success.

The boys' varsity soccer team plays their next home against Wootton on Wednesday, Oct. 6 at 5 p.m.