The varsity boys' soccer team soundly won the Battle of the Boulevard against the Northwood Gladiators in a tight and exhilarating season victory. They defeated Northwood 3-2, by maintaining concentration throughout the game and keeping a dogged defense in strategic posts. 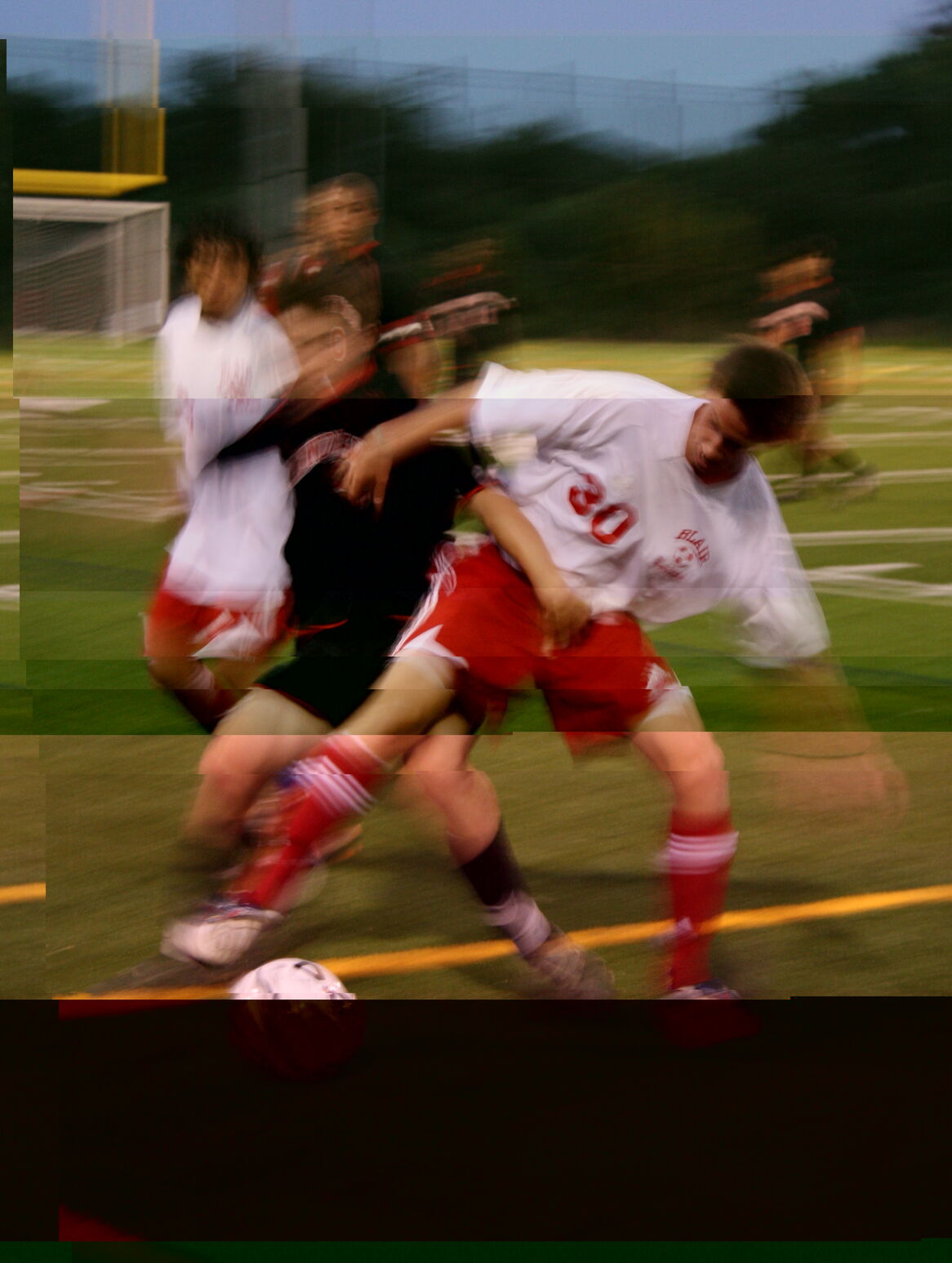 Coming back from a loss to Northwest, Blair was determined to win, even acknowledging Northwood's dominating win over Magruder. "We knew we were the underdogs but we kept with them,” said senior co-captain Aaron Baldwin.

It took the team a few minutes to get their feet under them, but five minutes into the first half they were pushing the ball dangerously near the Northwood goal. Coach John Haigh was confident in his young players' abilities, but wanted to see how well they could keep their cool on the field. "The biggest key with this team was composure,” said Haigh. "They did a fantastic job.” 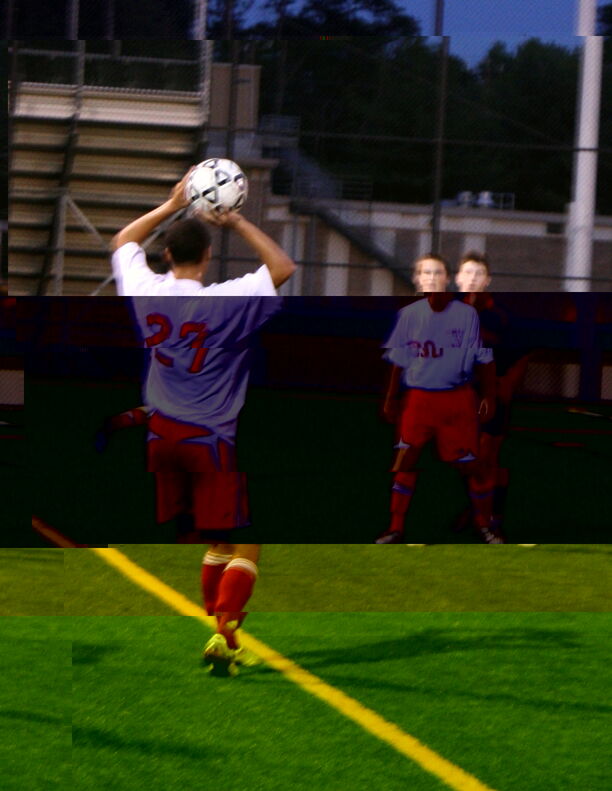 Despite the tough competition, Blair took several shots at Northwood's goal during the first half, with two eventually finding their place in the back of the net. Sophomore Kevin Fallet scored in the 20th minute, sending the ball cleanly past the keeper.

However, the Northwood team countered with a goal of its own three minutes later. The Gladiators accelerated the pressure and their speed across the field and with seven minutes remaining in the first half, attempted a goal kick but it was saved at the last second by junior Robert Huang.

Sophomore Jorge Pacheco managed to sneak in a second goal seconds before the buzzer, sending the Blazers into halftime leading 2-1.

After letting in one goal near the middle of the first half, junior goalkeeper Kit Durban guarded the goal aggressively with spectacular saves; Durban once resorted to leaping into the air above opposing players to snatch the ball away.
After a hard-hitting halftime pep talk from Haigh, the Blazers went back on the field ready to claim victory. "This is your rival, and this is not over,” said Haigh. 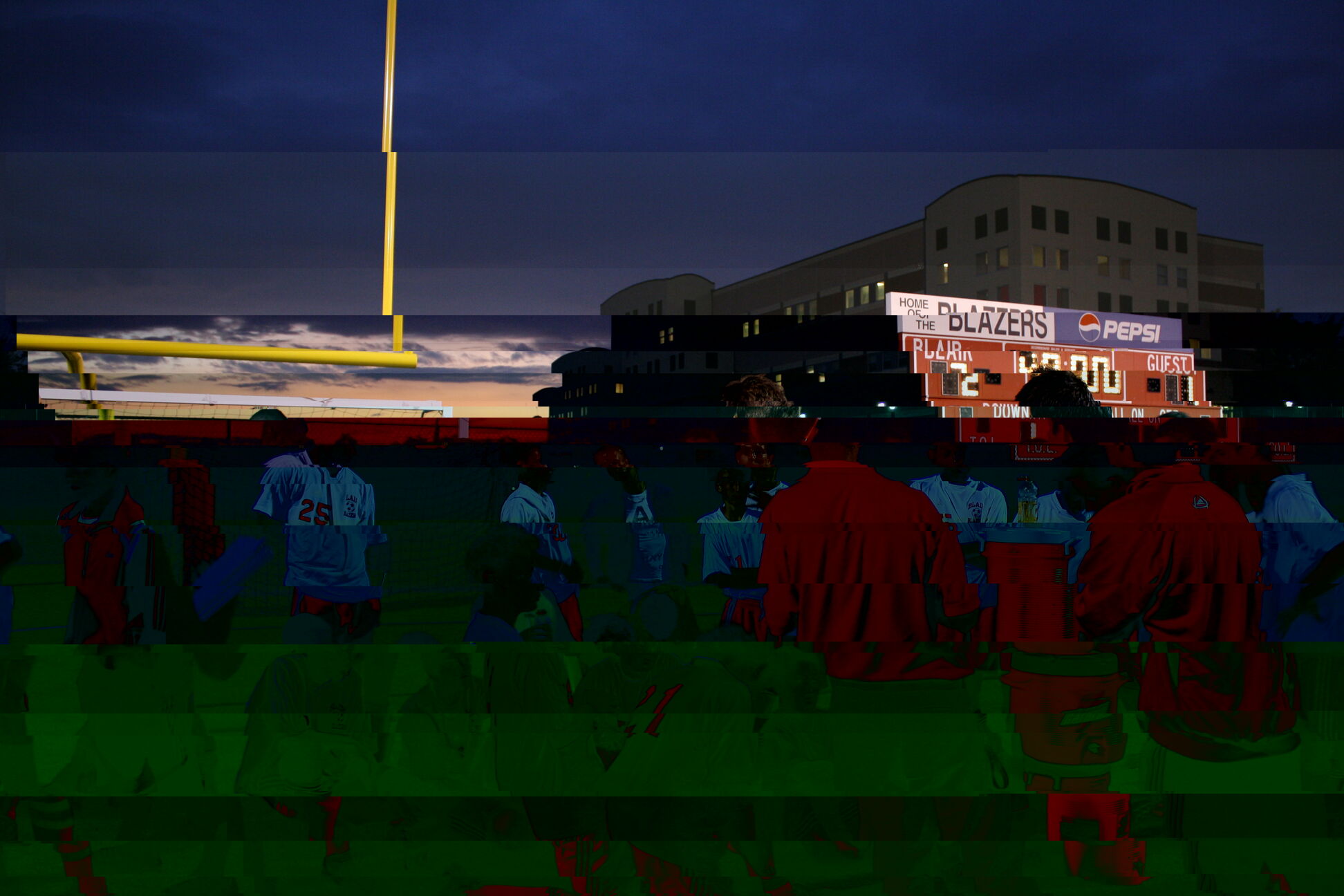 Photo: Coach Haigh talks to the team during half-time.

Photo: Coach Haigh talks to the team during half-time.

With twelve minutes left to play in the second half, a Northwood player booted the ball past Durban, to tie up the game. A few minutes later, the home team recaptured the lead when Pacheco assisted senior Otis Banwell to retaliate with a goal.

Throughout the game, timely saves were made by the defense and midfield, with co-captains Aaron Baldwin and Alexander Baldwin and senior Otis Banwell stripping the ball away from opponents numerous times while senior Jamie Amaya and sophomore Dominic Ventimiglia stocked the ball within Blazer territory. Baldwin attributed some of the success of the defense to a new defensive formation arranged by Haigh.

Even with three players yellow-carded during the game, the Blazers kept up their intensity and endured with forceful plays, continually working the ball down toward the Northwood goal. "They not only had mental toughness, but they kept pushing it,” said Haigh.

The Blazers hope to turn this win into a series of solid wins as they prepare for their next match.

Varsity soccer will play their next home game Tuesday, Sept. 22 against Bethesda-Chevy Chase at 5:00 p.m.