Prior to kickoff, to fan and teammate cheers, Blair paid tribute to their 10 seniors. In addition to the brief commemoration of the soon-to-be graduates, it's common to see coaches start seniors who don't normally garner much playing time. While the Blair twelfth graders generally find good minutes on the pitch, this is not the case for goalie Mattan Berner-Kadish. But to the delight of Blair faithful, on he came to start the match in goal. "It was really terrifying, honestly," Berner-Kadish said. "But once I got my first touch, it was fun. Senior night is a great experience." 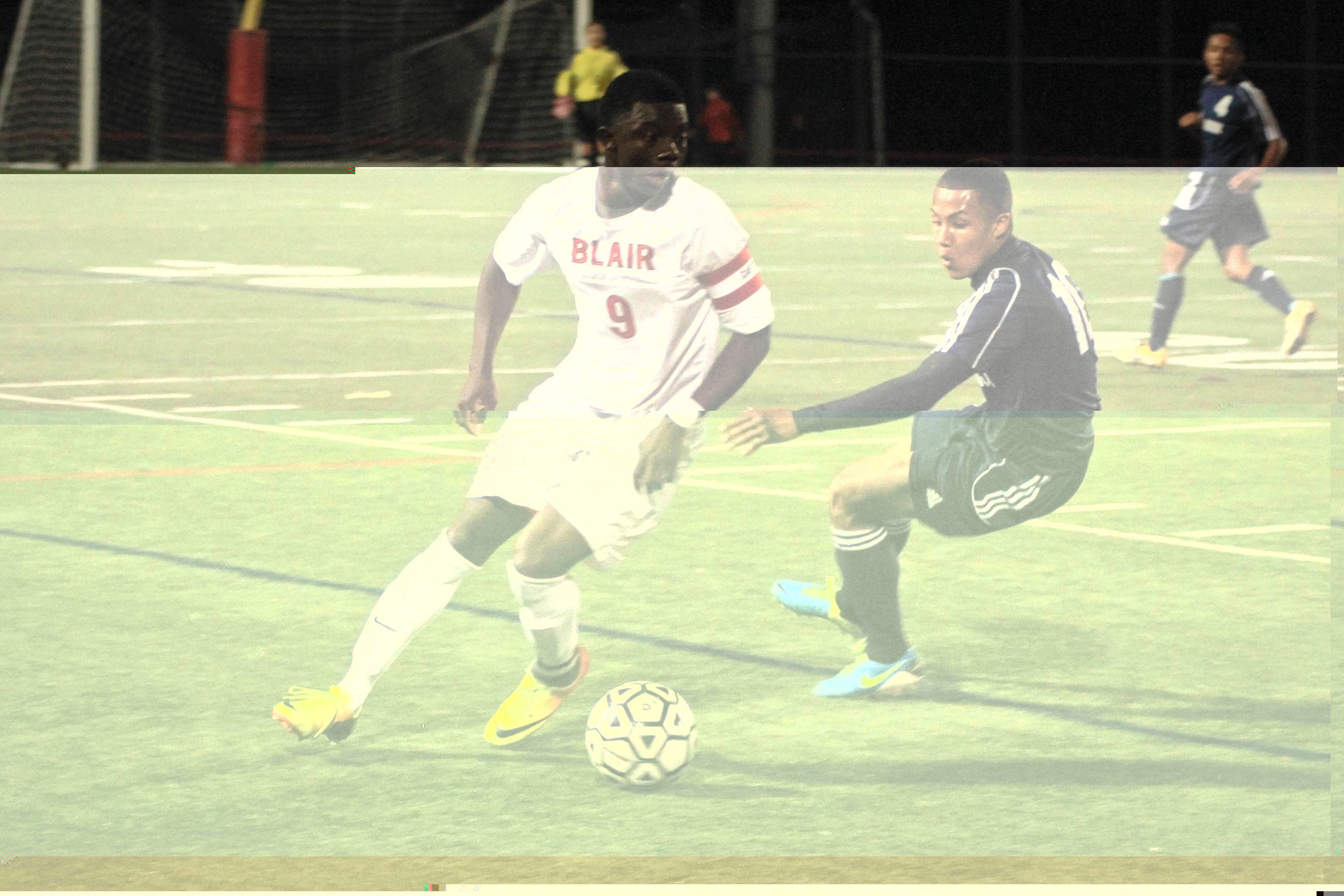 Senior Donald Benamna led Blair's early attack, starting with a powerful strike that the Springbrook goalie blocked. Next, Benamna latched onto a free kick, dribbled around the keeper and put his off-balance shot over the goal. He found himself in a similar situation a few minutes later, faking out a defender, avoiding the sliding keeper but then putting his shot off the post.

Despite Blair's dominance in possession, Springbrook was holding strong at the back, or at least strong enough to keep the ball out of the net. Finally, after several Blazer seniors were subbed out, two juniors linked up to give Blair the lead. From the left corner, Rohan Oprisko delivered a sharp, low cross into the path of Pablo Murga, who slid in and redirected the ball into the upper right corner.

Meanwhile, Blair's defense was allowing Springbrook few looks at goal, not surrendering a shot until 10 minutes left in the first half, when a Blue Devil free kick went just over the goal.

With three minutes remaining in the half, Keenthy Yeboah headed a cross to the feet of Ibrahima Kouyate, whose shot from close range was stopped by the sprawling keeper. For the final chance of the first 40, Benamna skied for a long free kick by Yordi Rodas. His flick header was saved by Springbrook's diving goalie.

In the second half, Benamna's night of near misses continued, when he skillfully juked a defender before chipping a shot just wide of the upper 90. Shortly after, Alferid Kemal "Maradona'ed" a defender and passed to Kouyate, who sprayed the ball to Jimmy McMillian, unmarked in the box. From a tough angle, McMillian fired a shot that struck the outside of the post.

Shortly after, Benamna came streaking into the box from the left flank. He delivered a low cross by the end line that senior Shakiel Wray hit off the crossbar. Just before the crowd could groan at another failed chance, Javier Lopez flicked the rebound back to Wray, whose turning shot hit crossbar again, but crept in to give the Blazers a 2-0 lead. 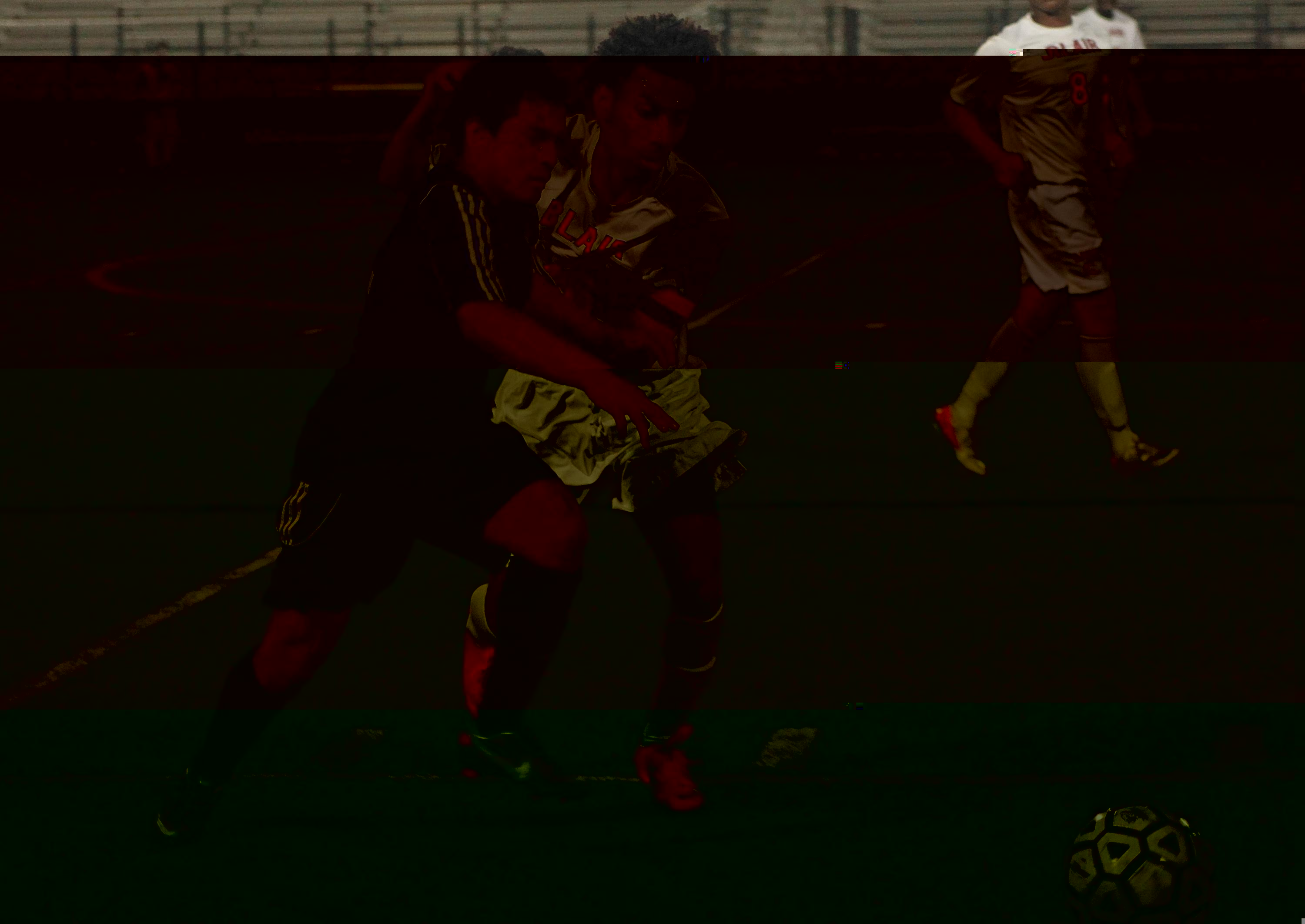 In the end, the Blair team was all smiles, including senior captain Wako Wako, a steady presence all season. "It was great playing on senior night," he said. "We worked hard and we won. Now we just have to look forward to Blake and Einstein."

Blair has no more regular season home games. Blair's first playoff game will be at Blair Stadium on October 29 against the winner of BCC and Walter Johnson.