The boys' tennis team (3-0) outplayed Quince Orchard (0-2), securing its first divisional victory by a solid 6-1 margin. The Blazers won their first two matches against Division III teams earlier this week, but had to step it up for their Division I showdown.

Photo: Fourth singles sophomore Hector Barrera prepares to hit a forehand, which is his strongest stroke, helping him win 6-1, 6-2.

Photo: Fourth singles sophomore Hector Barrera prepares to hit a forehand, which is his strongest stroke, helping him win 6-1, 6-2.

Coach David Ngbea attributed the team's success to strong ground strokes, but added that the players need to continue practicing their volleys and serves. He hopes to improve their consistency and get them to play more fiercely against other Division I teams later on in the season. "Our ground strokes are potent, so if we can get our serves and volleys at that level we can be quite competitive," he said.

Senior co-captain Ajay Kannan, first singles player, agreed he needs to improve, but he was pleased with what turned out to be an amazing comeback victory. "I was down 2-5," he said. "I still kept on fighting for each point and I ended up winning."

Kannan struggled in the first set, but ultimately beat his opponent, 7-6, 6-0. He explained that his slow start was due to the cold weather and his opponent's strong forehand. Once Kannan got warmed up, he felt more confident and took advantage of the Quince Orchard player's weaker backhand. 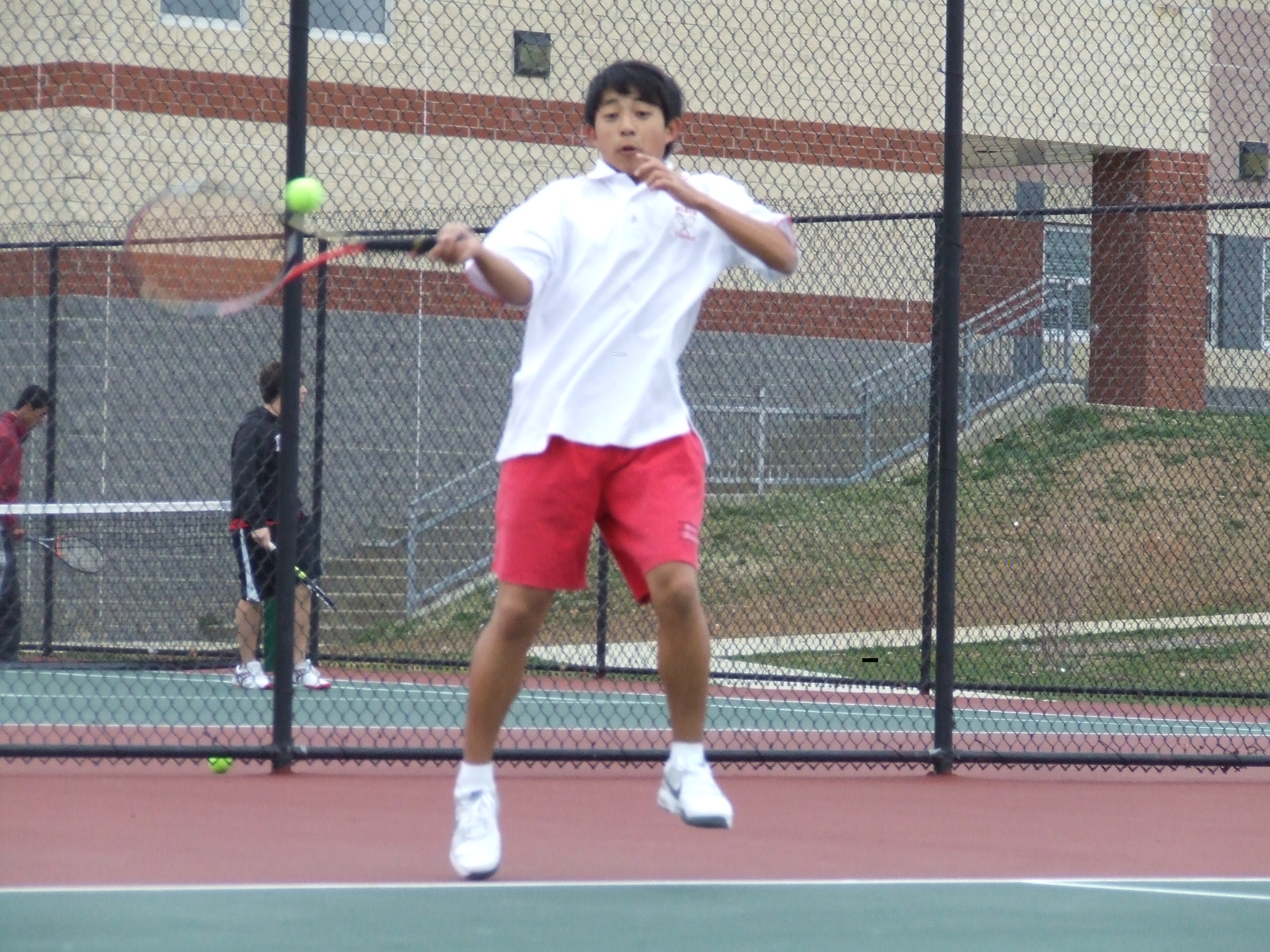 Senior co-captains Michael Lee and Gill Guo, Blair's first doubles pair, won their match a little more easily, 6-2, 6-2. Guo said that most of the points they lost were because of unforced errors. But according to Lee, they worked through their mistakes, and showed strong teamwork. "We know where we are supposed to be and each others' strengths and weaknesses," said Guo.

Blair headed into the match with mixed expectations. Some of the players were nervous for the first divisional game of the season. Others were confident that they would win, since Quince Orchard generally plays at the bottom of Division I. In the end, most of the players finished their matches quickly, taking only about an hour to beat their opponents.

Ngbea plans to work on the team's volleys and serves in the coming week to prepare for the next test against another Division I rival, Walter Johnson. "It is going to be a tough match," he said. "Tougher than this for sure." But Ngbea has hope that Blair will continue its victorious streak, as long as the boys minimize their errors and play with a competitive edge.

The boys' tennis team will play its next home match on Saturday, Apr. 2 against Sherwood at 10 a.m.