The rain and terrible field conditions at Blazer Stadium did not stop the Blair varsity soccer team from winning their first game and setting a tone for the rest of the season, beating the Watkins Mill Wolverines 2-1. Junior midfielder Aaron Baldwin scored Blair's two goals, the second of which won the game in overtime. 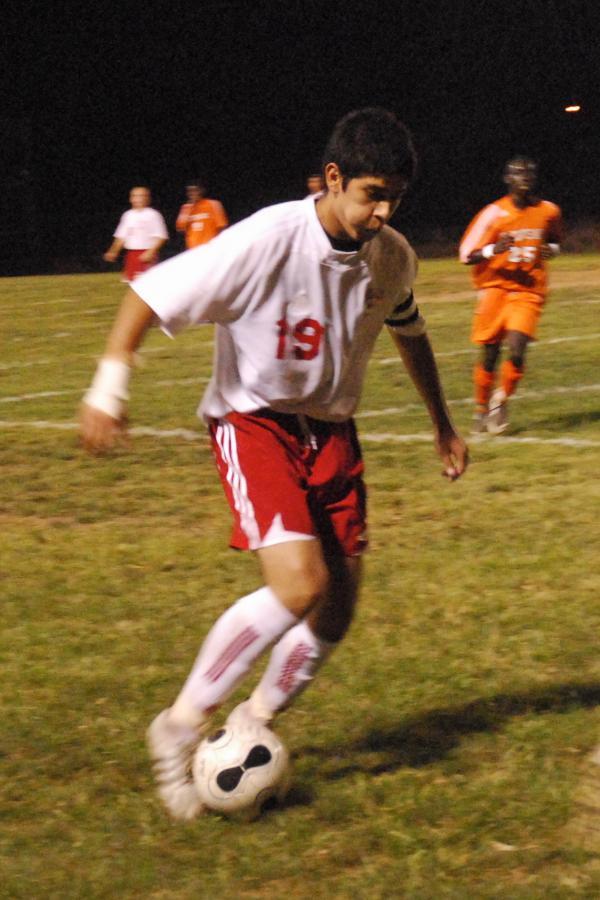 After a shaky first half, the Blazers found cohesion as they dominated in the offense and managed to put pressure on the goal. Coach Adrian Baez blamed the Blazers' slow start on the team not being used to playing in games. "We were having trouble warming up to game speed," Baez said.

Blair started with possession and initially had trouble running their offense. They managed to repeatedly move the ball up the field, but were unable to score until the 14th minute. Baldwin scored the first goal of the game with an assist from senior co-captain Michael Funes.

Despite the goal, the Blazers could not gain momentum for the rest of the half and failed to put another ball in the net. Watkins Mill had the same problem gaining momentum due to Blair's goalkeeper, senior Alexis Castillo, making a series of strong saves throughout the half.

After halftime, Blair regrouped and began to show their strength in the midfield. With a cross from senior co-captain Greg Kohn, senior co-captain Mike McClain attempted a header into the goal, but was blocked by the Wolverines' keeper. The Blazers continued to take shots on goal, though none found their way to the back of the net.

Despite the Blazers' command over the field, confusion near the Blair goal pulled Castillo out of the box and Watkins Mill kicked the ball over his head, tying the score 1-1 in the 68th minute. Blair kept their heads up, though, and won a free kick near the Wolverines' goal. Disagreeing with the call, the Wolverines' goalie angrily kicked the game ball onto Blair's practice field and was carded and replaced by a field player. Regardless, Watkins Mill headed a strong free kick from Funes out of the box.

Though the ball remained primarily near the Wolverines' goal, a breakaway from Watkins Mill brought the ball down the field. A skillful slide tackle from junior defender James Thomas halted the attack and brought the ball back up the field.

Neither team could score before the end of the second half, sending the game into overtime. Baldwin scored again in the 87th minute off a great ball from senior forward George Nouboussie.

Overall, Baez was satisfied with the game and is excited about the upcoming season. He expects Blair to be better than ever this year, with a slew of great players on the team. "We're really looking to gain our personality this year," Baez said.