The boys' varsity soccer team (6-4-1) defeated the Richard Montgomery Rockets (7-5) by a score of 2-1 on Monday night. Having lost to Sherwood and Walter Johnson in the past two games, the Blazers were looking to earn a win against evenly-matched Richard Montgomery to prove their strength as a team. 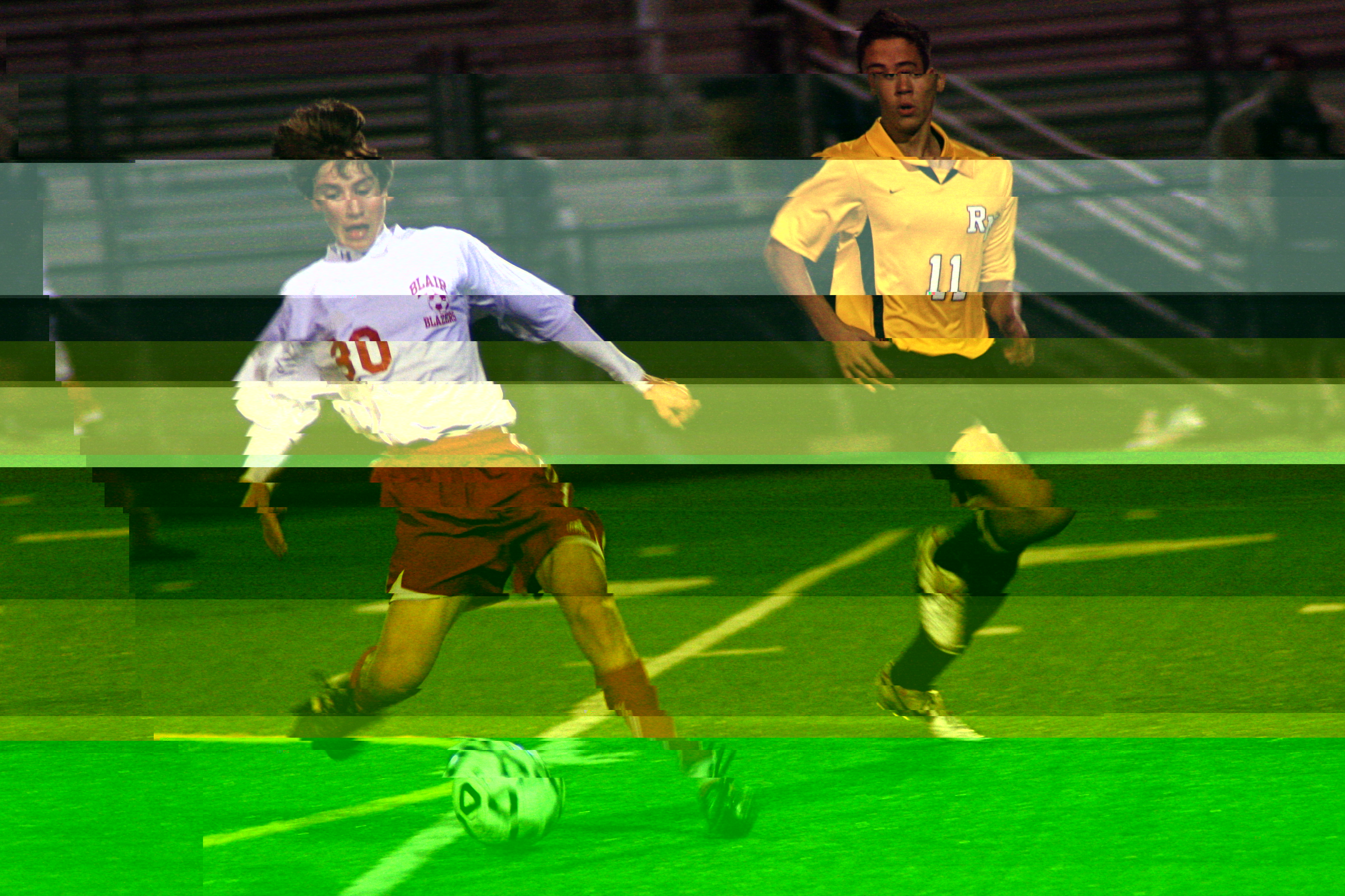 Photo: Sophomore midfielder Simon Amato attempts to get the ball out of Blazer territory and past Rocket defenders.

Photo: Sophomore midfielder Simon Amato attempts to get the ball out of Blazer territory and past Rocket defenders.

With three minutes left in the first half, freshman striker Donald Benamna made a shot from the right side of the field that went past Richard Montgomery goalie Ethan Falk's outstretched arms. Riding the momentum of the first point, Benamna scored another goal in the first minute of the second half. Benamna credited the goals to strong passes from his teammates.

The Rockets' lone goal came in the 22nd minute of the second half when Rocket forwards were able to slip the ball past Blair's defensive line and sophomore goalie Tray Brown. Brown had been brought up from the junior varsity team for the last two games, and started the second half in place of senior co-captain Kit Durban. 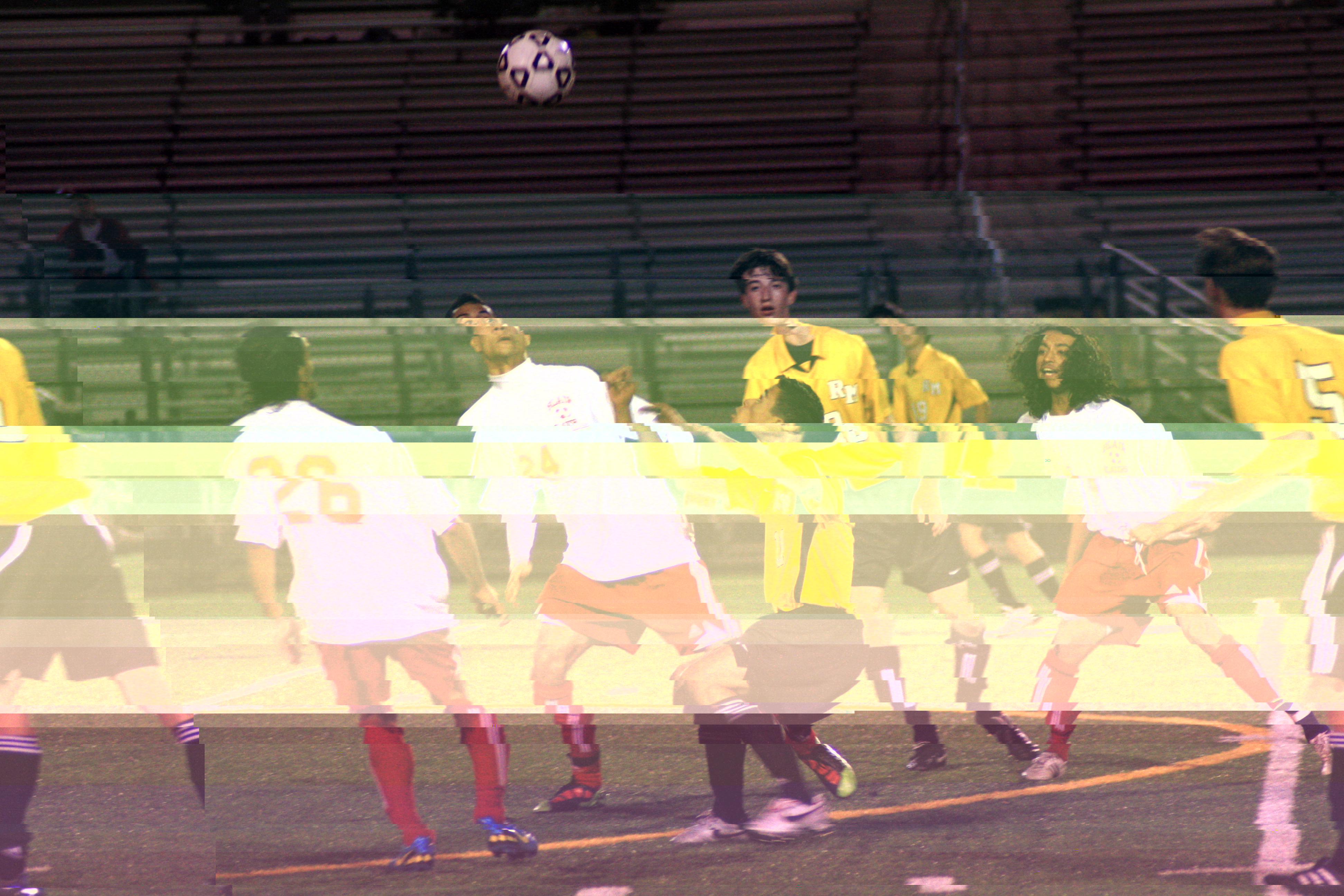 Photo: Junior Sebastian Soto Daza, senior Santiago Orbes and junior Jorge Pacheco look for an opportunity to gain possession of the ball and move down field.

Photo: Junior Sebastian Soto Daza, senior Santiago Orbes and junior Jorge Pacheco look for an opportunity to gain possession of the ball and move down field.

In the middle of the first half, Blair midfielder Santiago Orbes came close to getting Blair on the scoreboard, taking the ball and charging down the field with no Richard Montgomery defenders in sight. However, Blair was not able to capitalize on the play.

As the game went on, some Blazers became frustrated with the referee's calls. Sophomore striker Stallon Kayaga received two yellow cards for arguing with the referee, which converted to a red card. Having acquired a red card, Kayaga had to leave the game in the second half.

Head coach John Haigh was satisfied with his team's performance against the Rockets and believes that the second half resurgence could be attributed to some lineup changes. "We had the same offensive formation [as the first half] but we had a better player lineup coming into the second half," Haigh said.

Haigh emphasized the need to stay organized on offense in the team's next home game, which is Senior Night. "We need to stay calm and work on possessing the ball," Haigh said. When addressing his team at the end of the game, Haigh stressed the team's need to work on their offensive formation. "Don't leave marks open, we shouldn't be giving up balls," Haigh said to the squad. "Our offensive formation is key."

The boys' varsity soccer team will play their next home game on Tuesday, Oct. 26 against Blake at 7 p.m.