Bring on the Books coming to Blair

Juniors Chris Leung and Zachary Williams are forming a club at Blair called Bring on the Books (BOB), part of the larger Bring on the Books Foundation. The foundation is a non-profit organization that advocates for youth literacy and donates books to abused, homeless or disadvantaged children throughout the country. The club, sponsored by English teacher Lauren Termini, will meet every other Thursday during fifth period lunch. 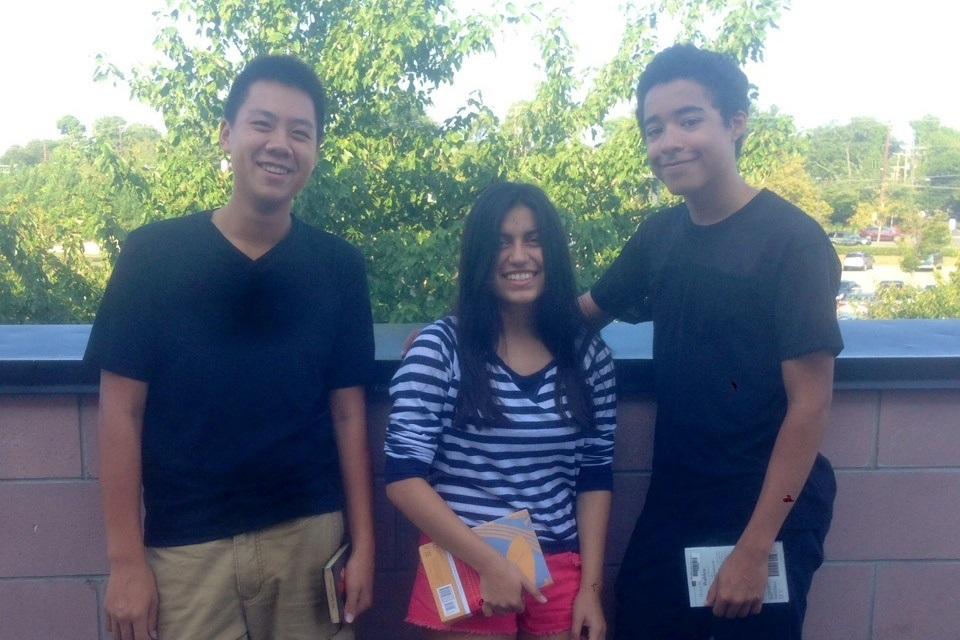 Photo: Juniors Chris Leung (left), Gaby Pleitez-Gomez (middle), and Zachary Williams (right) are the 2014-2015 officials for Bring on the Books.

Photo: Juniors Chris Leung (left), Gaby Pleitez-Gomez (middle), and Zachary Williams (right) are the 2014-2015 officials for Bring on the Books.

Because there was no organization of its kind at Blair, Leung and Williams felt the need for a club that extended the influence of the foundation. "There's a huge imbalance in the distribution of education throughout the country, and we wanted Blair people to help us bring books to underprivileged youth," Williams said.

While club members donate books themselves, their main purpose is to advertise the club and get fellow Blazers to donate as well. "We organize fundraisers and try to get people in the school to contribute," Williams said. "Most club meetings will be spent planning out fundraisers and finding ways to share the message of literacy," he continued.

According to Leung, many people have the books to donate but end up keeping them because they don't know where or how to give them away – and that's where BOB comes in. "We make it easy because people can just give the books to us," he said. BOB will then give the books out to youth in juvenile systems, health clinics and urban tutoring programs.

Leung and Williams will be co-presidents, and junior Gaby Pleitez-Gomez will be vice president. Though the club has not started yet, Leung says ten Blazers have already expressed interest in joining. However, Blazers do not have to join the club to help the cause. "If you don't want to, you don't have to join, but be sure to give us your unused books," Williams said.

Leung has a special relationship with books: he used to hate them. "When I had free time, I would always watch TV instead of opening a book," he said. However, after reading "To Kill a Mockingbird" by Harper Lee in his freshman year, Leung changed his entire perception of books and realized their importance. "Books are a great way to gain knowledge and just transform yourself into a different world. Everyone should have access to them," he said.
The club has not yet decided upon a meeting location, but will make an announcement on Infoflow.