Budget cuts and new security expectations forced the Blair Sports Academy (BSA) to make changes in its program this school year, affecting the study and recreational habits of students. After school, Blazers now have less time in the Media Center and must sign into the BSA in order to use the Student Activity Center (SAC). 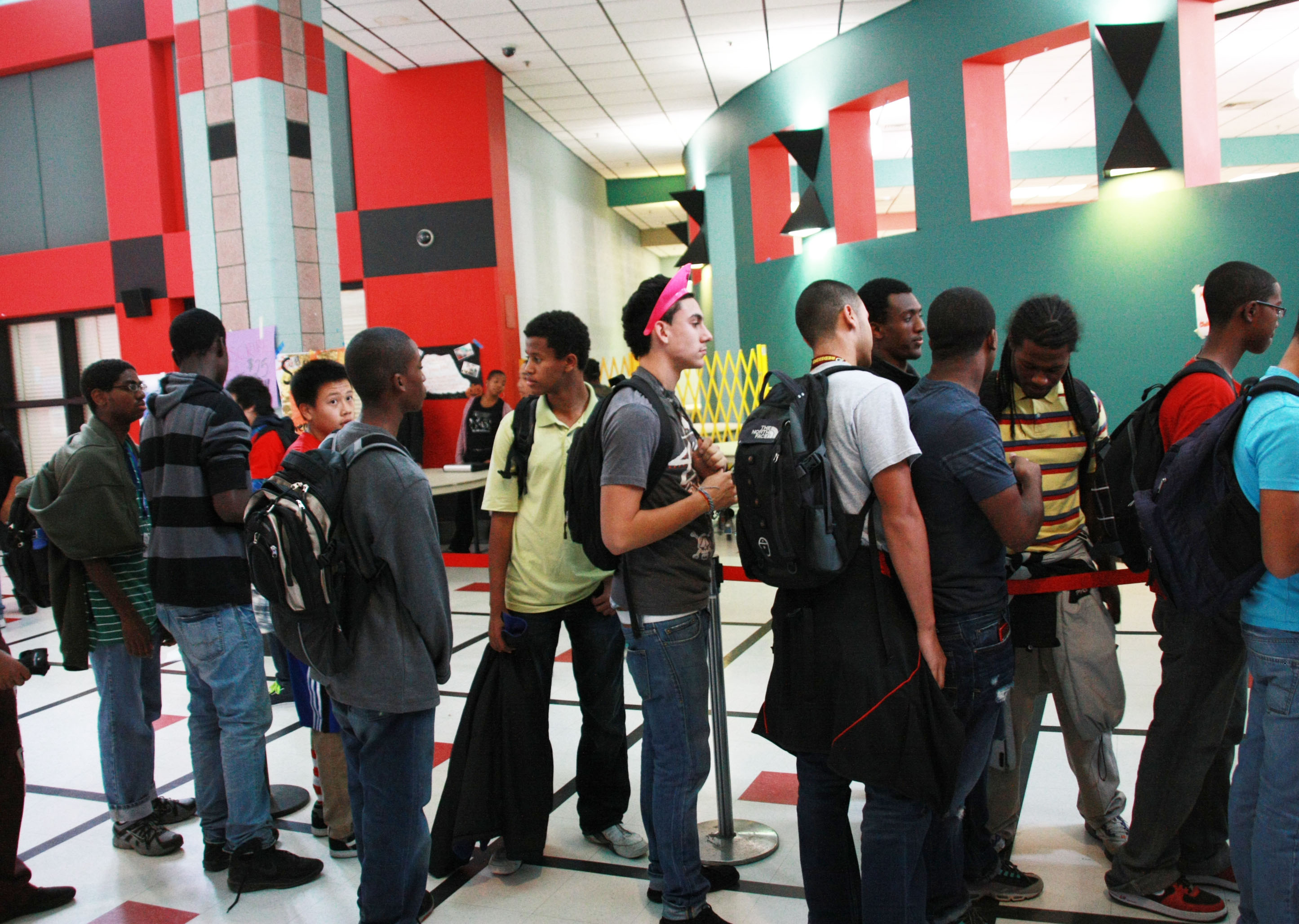 Photo: Blazers wait to sign in at the Blair Sports Academy.

Photo: Blazers wait to sign in at the Blair Sports Academy.

The Montgomery County Council reduced the budget for the BSA as a way to save money during difficult economic times, according to Robin Riley, Division Chief of the Department of Recreation. As a result, the council removed most of the academic component of the program, believing that the school already provides a significant number of academic resources, she said.

The county cut the annual budget for all Sports Academy programs from $950,000 to $500,000, according to Riley. By eliminating most of the academic component at Blair, the county saved $20,000, she said. Now, the Media Center is open until 3:30 p.m. Senior Mary Nguyen relies on the computers in the center to do homework and projects after school but has had to adapt to having less time. "Sometimes you need to stay longer to work on something," she said. "The Media Center is a good, quiet place to do work."

Last year, the academic component of the BSA kept the Media Center open until 5:30 p.m., offering tutoring programs for students. According to Segura, the Blair academic program averaged 25-30 students a day, while similar programs elsewhere in the county achieved much higher attendance. Wheaton High School, for example, averaged 100 students a day, he said.

To compensate for the cutbacks, the BSA recently added a new tutoring program in the Media Center on Tuesdays, Wednesdays and Thursdays from 2:10 p.m. to 3:30 p.m., according to Jake Scott, Site Director of BSA. Scott will stay at school for extra time to run the program by himself, focusing on the math portion of the Maryland High School Assessment.

Some Blazers, however, are upset that the BSA makes students sign up in order to use the SAC. Sophomore Audrey Fischer complained about getting kicked out of the cafeteria while waiting for cross-country practice to begin because she did not register her name. "It's annoying," she said. "Why can't we just stand around?" 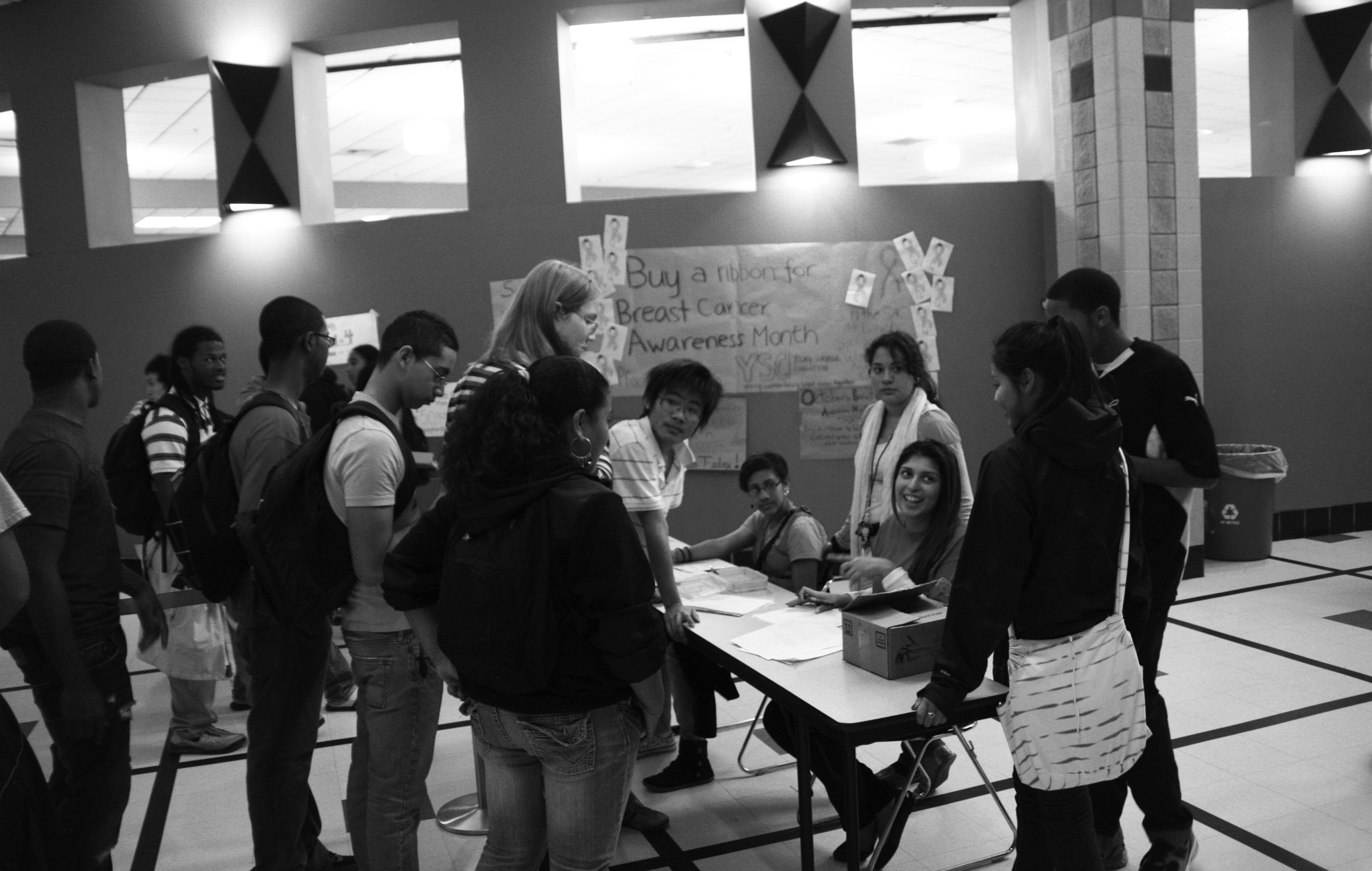 Photo: Blazers wait in line after school to get into the SAC for the Blair Sports Academy.

Photo: Blazers wait in line after school to get into the SAC for the Blair Sports Academy.

The reason, said Segura, is to ensure the safety and security of all students using the facility. School administrators set higher security standards this year, and the BSA added the new rule to meet their expectations, he said. The new rule will prevent trespassers from entering the school and give the BSA information on the students attending the program in case of an emergency. "We're a guest in the building. When the school says this is their expectation, we will fill that," he said.

BSA staffer Doug Henry explained that the program does not want to force students out of the SAC. "We embrace students, we want students," he said. "We want to know who you are and we want you to stay."

The BSA made other changes in the program regarding staffing. Segura moved some BSA staff members out of the school to different positions, while others have assumed more responsibilities, reducing the number of staffers at Blair from 12 to nine.

Segura also decided to add a Blair teacher as a staff member. Scott, a math teacher, became Site Director and acts as a liaison between Blair staff and the Academy.

Despite these new changes, Segura insisted, the recreational portion of the Sports Academy is doing well. "We may have cut [staff] members, but those we added will actually make the program stronger," he said.

Moreover, said Scott, the program's ideals are still being met. "The overarching goal of Blair Sports Academy is to provide students with an alternative for the streets," he said. "We want to keep students occupied in a positive manner. Students still want to do well and stay out of trouble."

Senior Inmer Chicas attends the BSA three or four times a week. "I chill with the people and socialize and stay away from trouble — most of time," he said. Freshman Ismael Oates also comes most days of the week to watch TV, hang out with friends and play ping-pong. "When I have to wait for my mom, it's something better than waiting outside," he said.