The careful art of vehicular decoration

For the students who drive themselves to school everyday, the car that they take can be one of two things. Sure, maybe it's just a means of transportation, a way to get from point A to point B as quickly as possible. But for some students, the car is a canvas, and the bumper is the surest way of expressing themselves to the outside world. In the style of "Humans of New York," these are the bumper stickers of Blair.

John Gorman is a senior at Blair who just appreciates a solid bumper sticker. 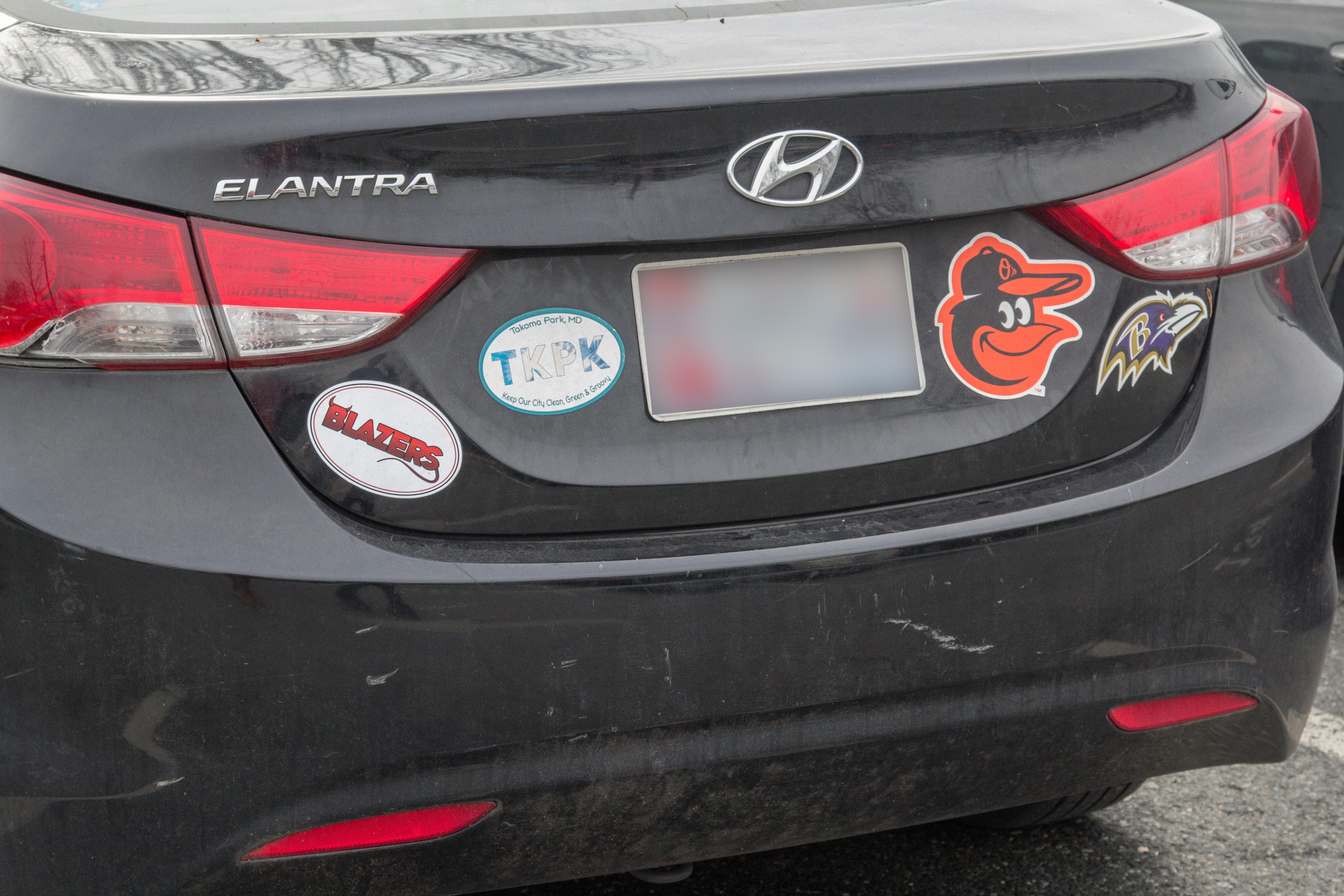 "My favorite is probably the Orioles one, it's a cool bumper sticker. It's the biggest, it really sticks out more than the other ones, and I just really like the color orange. People definitely like to rat on the Ravens and the Orioles. My dad grew up in Baltimore and my grandparents are big sports fans in Baltimore, so we prefer the Baltimore sports teams over the Washington sports teams and we're not afraid to show it."

"I like having them on there. I think a car without bumper stickers is kind of stupid, because it spices the road up, you're like, 'oh, that's cool,' looking across the lanes and seeing cool stuff. It's kind of like, who you are. A lot of my bumper stickers are kind of specific to a person. They just kind of show my family and my beliefs. Like the Takoma Park sticker, which for me represents the greatest city in America."

Nate Blower is a senior at Blair who's not a big fan of bumper stickers. Okay, maybe small tasteful ones. Maybe. 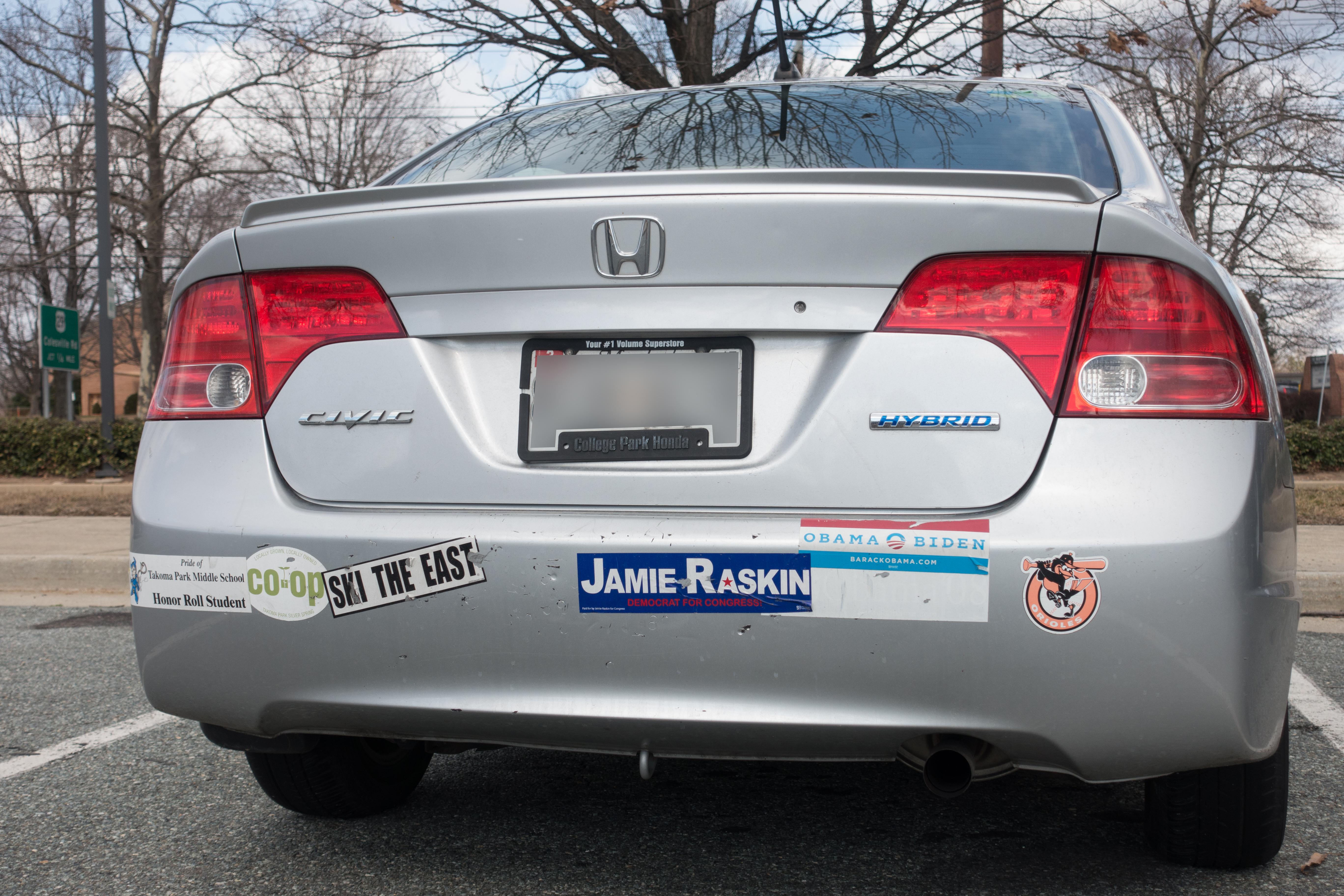 "You should ask my parents about why I have bumper stickers. I didn't put them on. They did it to express themselves, I guess. I mean, I'm a fan of like one or two bumper stickers. I like the Obama ones, but the other ones I don't really like that much. Except the one that says 'Ski the East.' I'm a big fan of skiing.

When I get my own car, I'd probably put up like one or two bumper stickers. If I go to a college maybe I'll use a bumper sticker to let me park on campus. Or, like, sometimes to go to a dump and dump off trash you need a special bumper sticker on your car. So I'd use that one.

As far as expression goes, your bumper isn't really important, but it is a place, I guess. I might put up a bumper sticker, but it would have to be a tasteful one, not a very big one, not a very in your face one. Just a nice small bumper sticker. It's distracting when they're big and in your face. I don't understand why you have to do that. Some people cover their entire cars with weird sayings. I don't like that."

Connor Clark is a senior at Blair who wants people to know about him and his opinions after just one glance at his bumper. 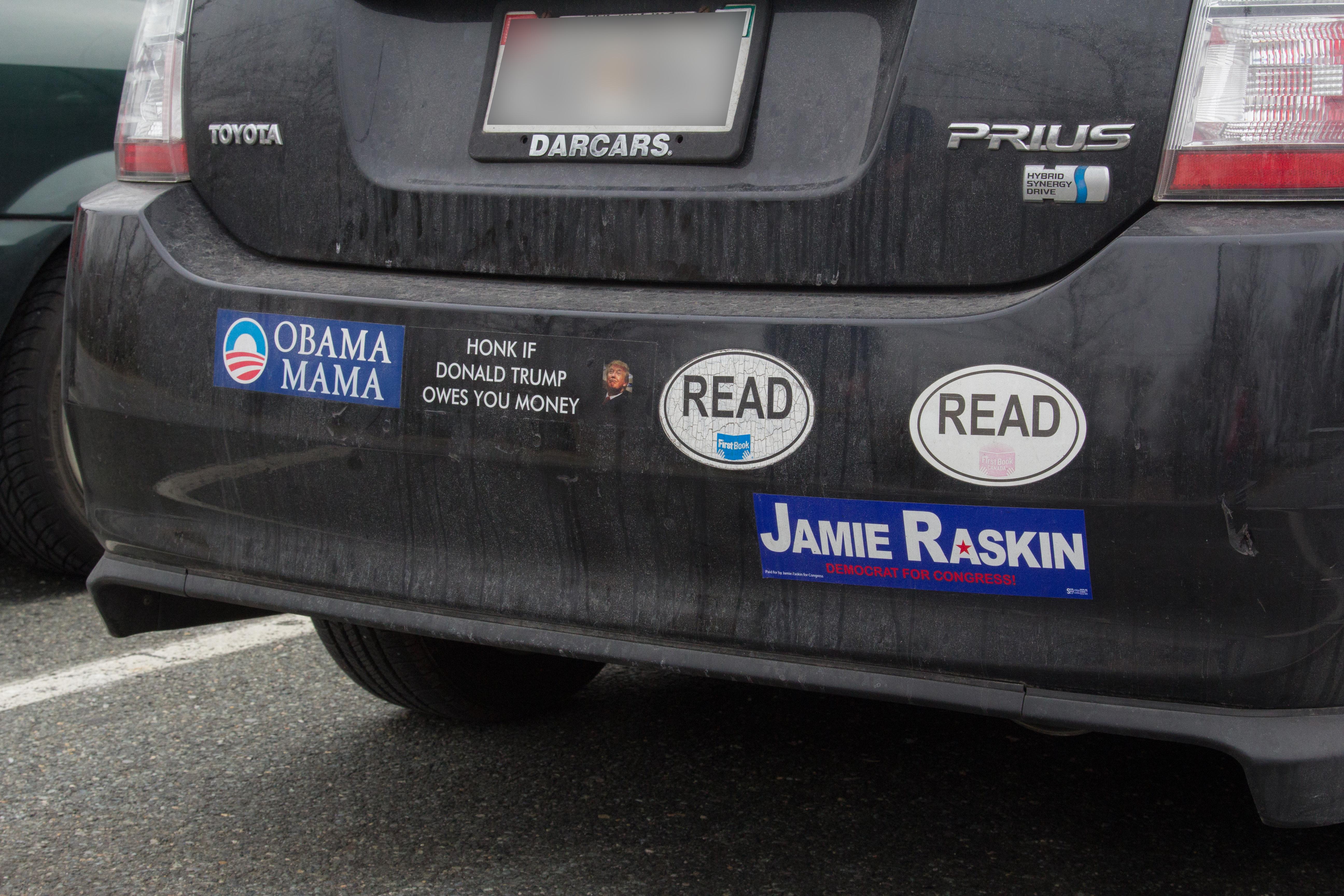 "I've got a couple stickers from my moms business. She works for First Book, a nonprofit in D.C. that's working towards lowering the education gap between low and high income families. I've got several anti-Trump bumper stickers. They're wonderful, mostly 'cause, f*ck trump, right? I also have an 'Obama Mama' sticker. I think that's the crowning glory of my bumper stickers right now. I am truly the Obama Mama.

I started out with bumper stickers because I got my family's old car with a couple already on it, but then I kept on finding more bumper stickers that I wanted on my car, so I kept adding them. I see things and just think, 'Wow, I want this to be something that I share with other people.'

There's no expectation that people are going to change their beliefs because of a sticker on my car, but you can definitely form an opinion based on bumper stickers. You can look at a person's bumper stickers and those are the things that they want to express about themselves to other people in a public place. Everybody sees that, random people see that."

Baltimore sports fan, Obama Mama, or just local dump patron, people can form an opinion or at least an image of a person based on the stickers they have on their bumper. What do you want them to get from your car? Choose your stickers carefully, Blazers.