There can only be one highlander

Our story begins with our humble food editor visibly salivating while watching a Japanese dubbed version of "Iron Chef." He remembers that he won't be eating for another hour. He looks out the window with sad eyes and remembers that winter is coming. People are closing up their barbecue sets, the leaves are coming down in droves of red, green, yellow and brown, the air is cold and heavy snows are taking their sweet time getting to Montgomery County. He looked back at the tube eying a succulent burger with a look of carnal desire, remembering that a wise man once said that vegetarians taste delicious. With this revelation, he frantically begged his peers to find the best local burgers and review them for the greater good of the Blair community, if not the world.

Without further ado, here is the latest installment of the Burger Showdown! We'll see how past contenders such as Five Guys and Cheeburger Cheeburger measure up against these new challengers.

Burgers were judged on their tastiness, texture, juiciness, appearance and aftertaste. Each category is out of ten points. 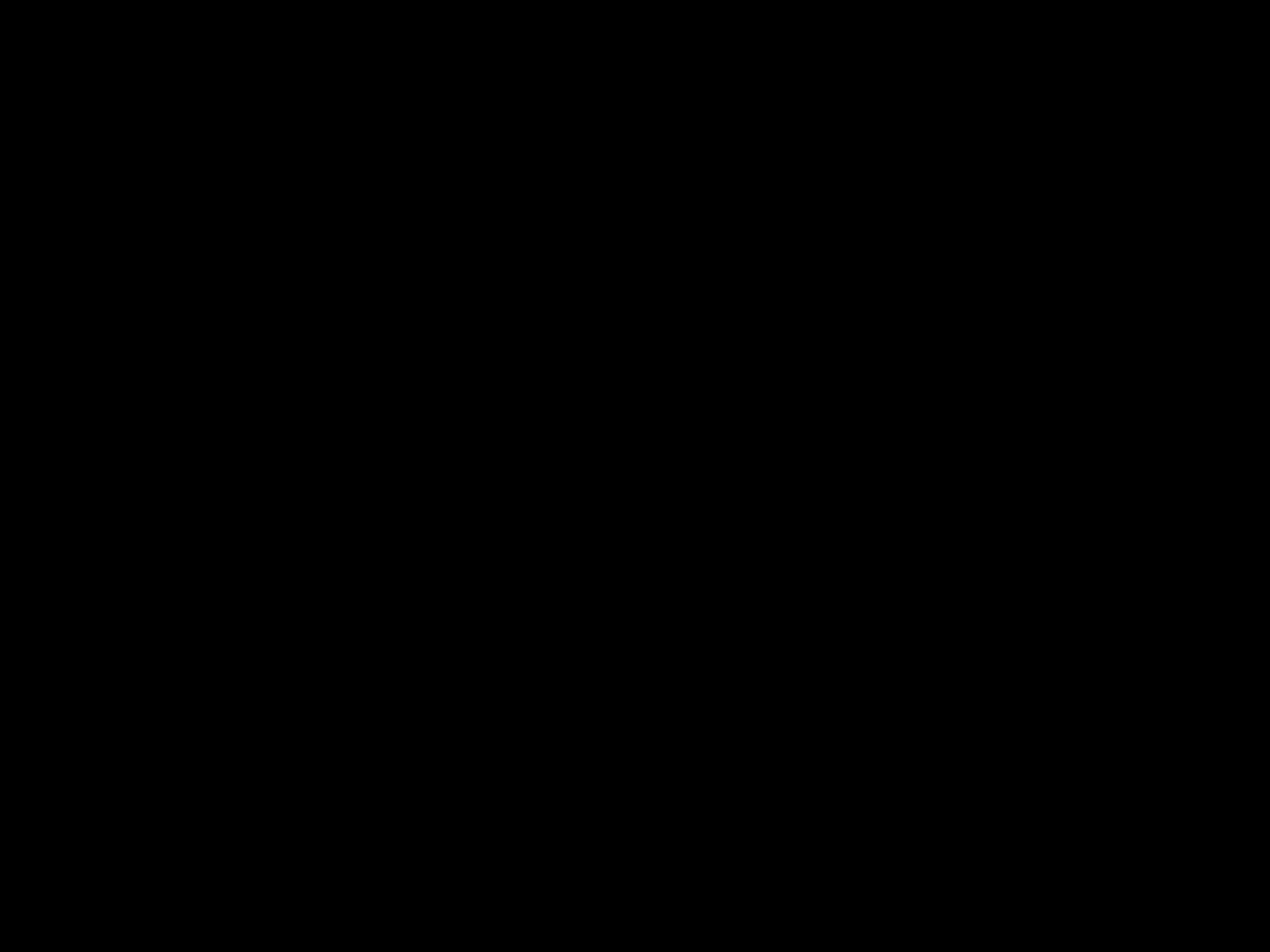 Photo: The Five Guys burger in all its glory.

Photo: The Five Guys burger in all its glory. Photo courtesy of Sean Howard.

The walls of Five Guys, checkered with white and red, are covered with customer drawn pictures, a sign reading, "Today's potatoes come from Sugar City, Idaho," and numerous "Best Burger" awards. Burger enthusiasts seem to agree, as the prolific chain has found its way to nearly every downtown area in Montgomery County. Its homely and hospitable atmosphere draws customers in, and the delicious burgers have them coming back time and time again.

Five Guys has no toppings bar. Instead, customers choose from a large selection of toppings, including mayo, relish, onions, lettuce, tomatoes, pickles, fried onions, sautéed mushrooms, Jalapeño peppers, green peppers, various condiments and various sauces. Everything comes fresh - nothing is frozen. I went with the bacon cheeseburger with lettuce, tomatoes, fried onions, pickles and a dash of hot sauce. A look under the hood revealed two fresh, juicy ground-beef patties, slices of lean, crispy bacon and melted slices of American cheese. The sesame-seeded buns were a bit malformed and flabby but did not detract from the succulent flavors of the burger. You'll be running back for more after trying Five Guys. 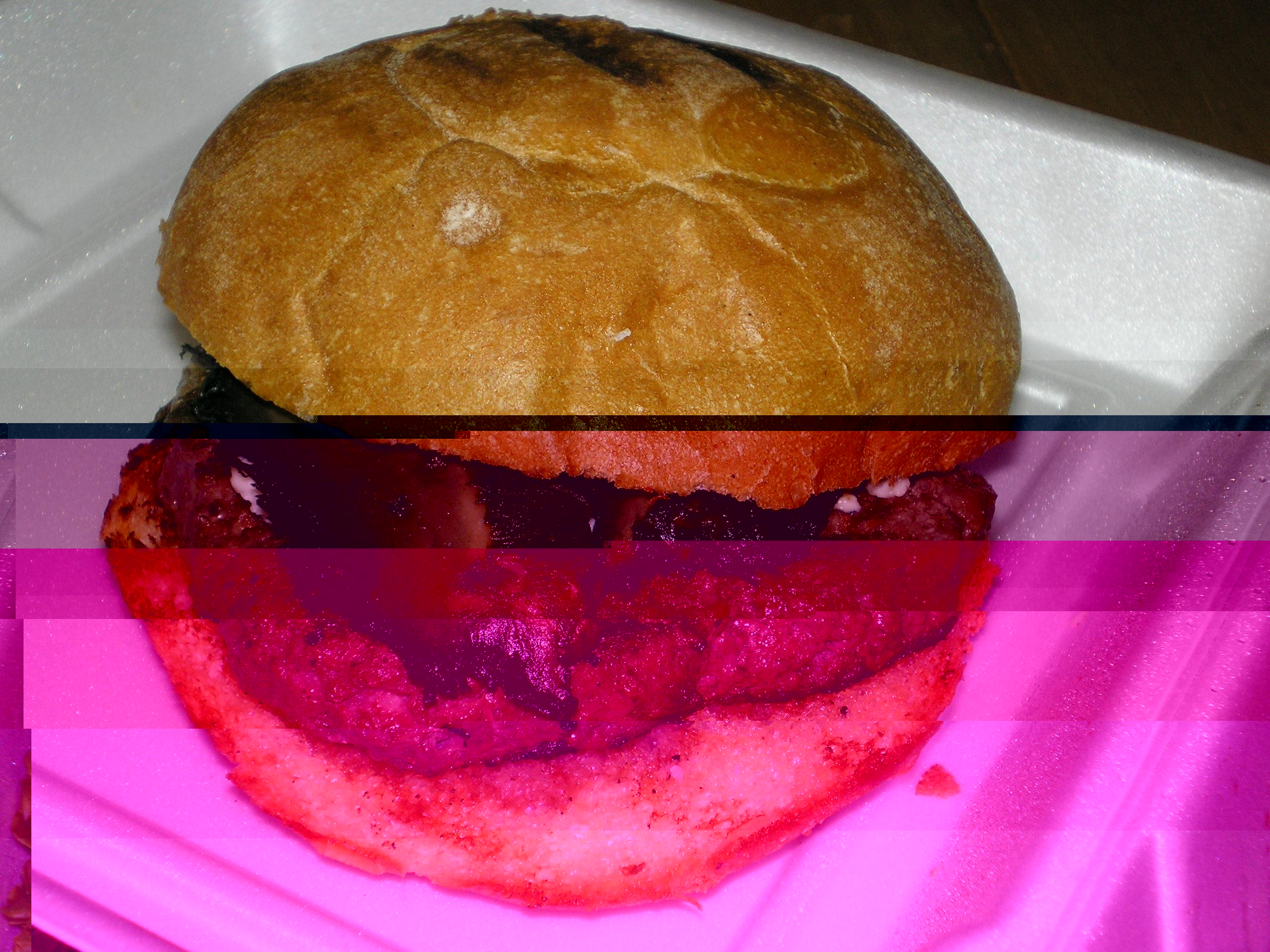 The Portabella and Cheeseburger

Dogfish Head Alehouse
The Dogfish Head Alehouse is quite possibly the greatest undercover burger joint in Gaithersburg, if not the county. The Dogfish Head Alehouse disguises itself as a run-of-the-mill brewery that happens to have food. And what food it has! Before one even sits down to eat, the smell of previous delicious meals. The smell of burning fat, muscle and sauce permeates from the kitchen, hinting to the consumer that they would enjoy indulging their inner caveman. Dogfish Head's Portobello Gorgonzola burger is a wood-grilled burger with Portobello mushroom and Gorgonzola on a focaccia roll. The burger is an exotic option that will leave you wanting more. The Gorgonzola cheese is a bitter shock tempered by the juiciness of insanely high-quality burgers. For those unadventurous types, there is the bacon and cheddar burger and a half-pound wood grilled burger with applewood smoked bacon and cheddar cheese on a grilled focaccia roll. The restaurant offers numerous others, but these two stand out.

There is, of course, a way to add other ingredients, such as lettuce, tomatoes, roasted red peppers, caramelized onions, mushrooms and applewood smoked bacon. Most of these burgers will not be over ten dollars, even with extra ingredients. 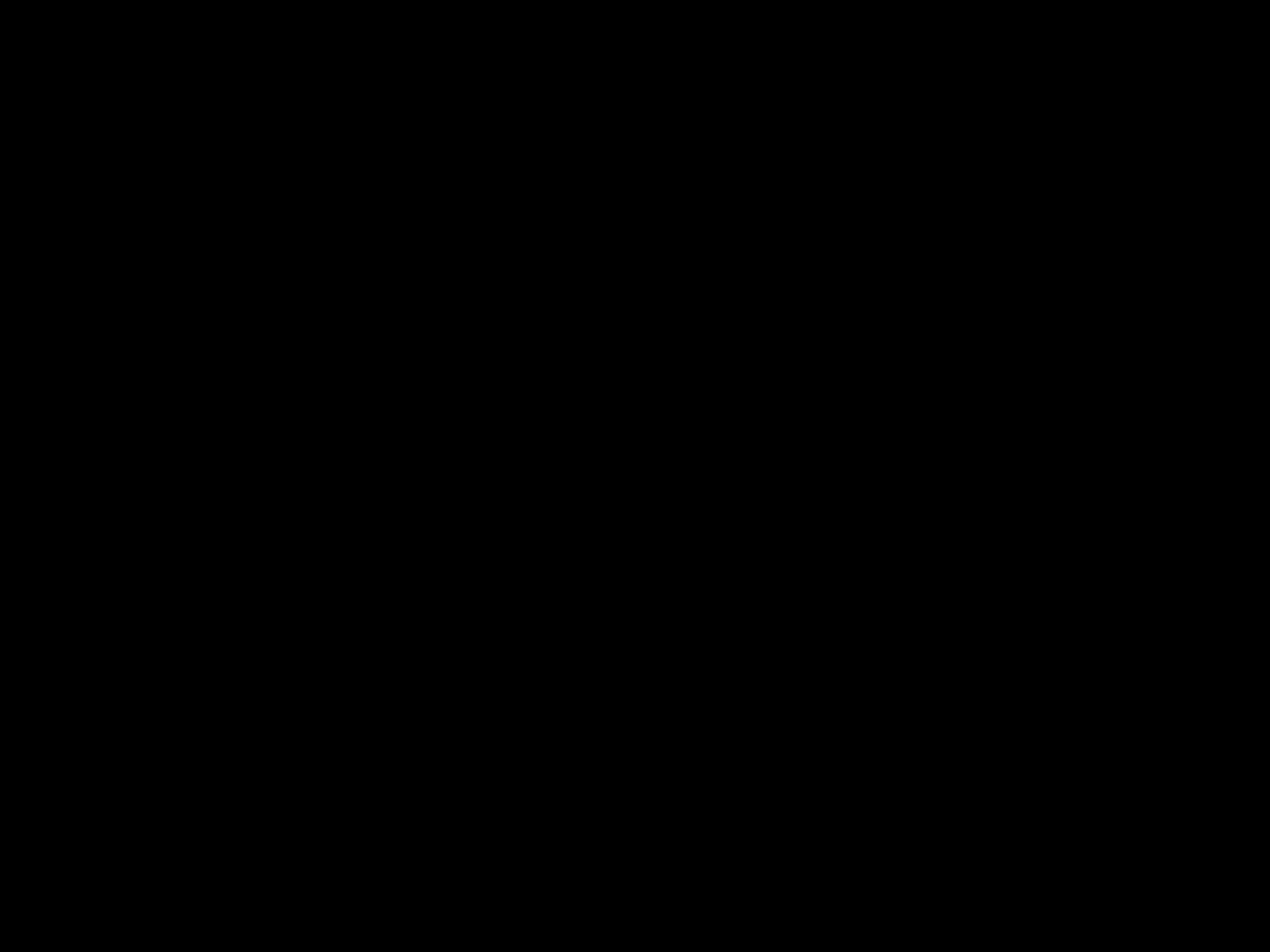 Urban Burger Co., a spin-off of Urban Bar-B-Que Co., brings neighborliness to a burger chain like none other can. The menu sports wings, soups, salads, pies, fries, onion rings, potatoes, sundaes and, of course, burgers. Ordering is a journey at Urban Burger Co. First, customers must select a basic meat from "Black Angus," "Admiral's Chicken Breast," "Senior Ed's Bratwurst," "Burger Bowl" and "Veggie Burger." From there, customers can select one of six "styles" of burger for a dollar more. "Bleu Bayou" style piles on spicy bourbon sauce, blue cheese and lean bacon strips. "So-Cal USA" blends together a snazzy mix of creamy avocado, melted provolone and tangy honey lime sauce. Finally, customers can top off their burgers at the free toppings bar and/or pay 50 cents more for extra items such as mushrooms, chili and sauerkraut.

I went with the "Black Angus Burger" urban style with extra sautéed onions. The freshly made burger came with big golden buns that held together a thick slab of lean beef, smoky BBQ sauce, cheddar-jack cheese, thick strips of bacon, sautéed onions, lettuce, tomatoes and pickles. Although the flavors of the meat and toppings, enhanced by a light but zesty BBQ sauce, came together very well, I could not help but notice that my "medium-well" cooked beef was a little on the rare side and the puffy buns sponged in a little too much oil upon my first bite. The burger definitely satisfied my appetite, but it also left something more to be desired. 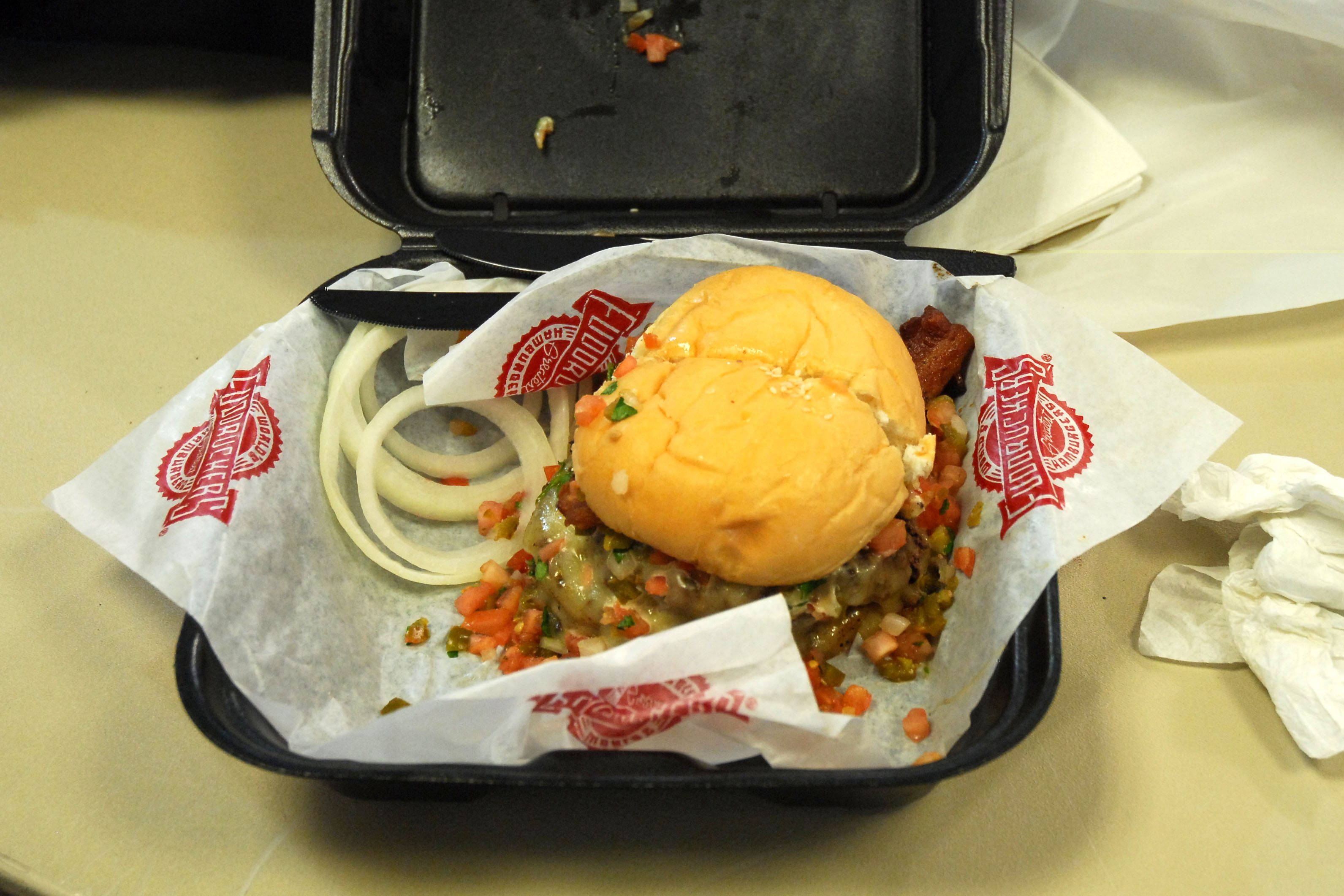 Fuddruckers
Settled cozily at a nice location in Downtown Silver Spring, this Fuddruckers franchise is attractive and easy to find. Although the interior of the restaurant is decorated in typical burger joint fashion with records hanging on the wall and a jukebox sitting in the corner, the lure of the restaurant is in its fare, not in its décor.

The unique draw about Fuddruckers is their toppings bar, something I have not noticed in outer burger joints. In addition to the usual ketchup and mustard, patrons are presented with trays of lettuce, shredded lettuce, onions, shredded onions, tomatoes, sliced tomatoes, jalapenos and olives with which to garnish and flavor their burgers, providing them with full control over the ultimate taste of their meal.

The burger I decided to go with was the one-pound Southwest Burger. The burger boasts two succulent half-pound patties separated with copious amount of pepper jack cheese with two slices of bacon and a scoop of guacamole on top. The burger patties were cooked just the right amount – not too raw, not too crispy - leaving this esteemed reviewer in burger ecstasy. The only real complaint I had about this burger was the poor quality of the guacamole. Plopped down in a sorry, soupy state on the top of the burger, the guacamole was overloaded with lemon flavor that went well with the burger, but did not exactly provide the Tex-Mex flavor I wanted. Overall, however, this dish left me craving for more, and visitors downtown should definitely stop by.

Bryan Huang. Bryan is the stupid smart guy of tech staff. You know, the special ed kid they let in for every 4 really smart people. In his free time, Bryan likes to catch up with programming languages he's supposed to know already, read a good book, … More »