With the election almost just two weeks away, both sides (especially the trailing McCain/Palin ticket) are kicking it up a notch. And with that, we, the SCO News Editors, have decided to dedicate this blog to Obama and McCain's campaign strategies. 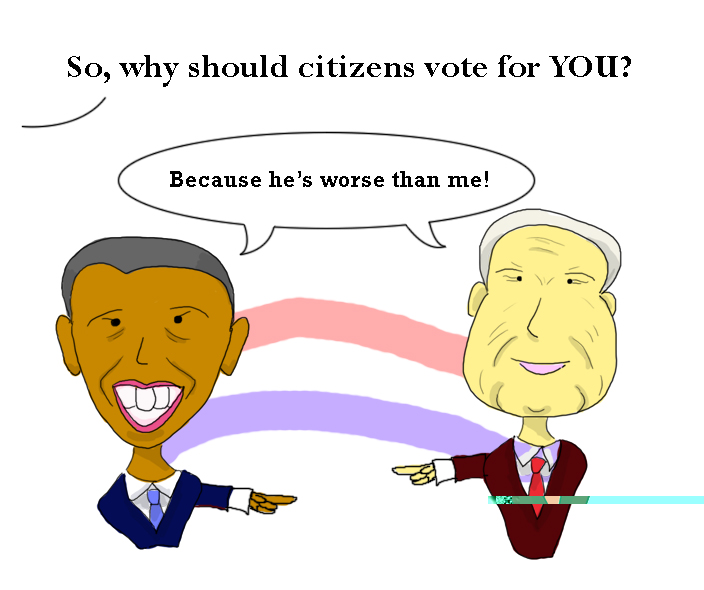 Photo: Both candidates need to focus on the issues and not on negative attacks.

Photo: Both candidates need to focus on the issues and not on negative attacks.

As Obama gains more ground and momentum as Election Day nears, McCain really has to step up if he wants to realize his dream of being President. And by that, I don't mean more mudslinging.

I was incredibly happy to watch the clip of McCain defending Obama as a "a decent family man, a citizen who I just happen to have serious differences with on fundamental questions" when a woman accused Obama of being an "Arab." Having said that, I was still disappointed at the increasingly common mentions of Bill Ayers by the McCain/Palin campaign. Does Ayers affect economic policy? Nope. Is Ayers helping Osama Bin Laden? Nope. Maybe I'm ignorant, but I fail to see how Obama's association with Ayers has anything to do with this present election. So please, move on.

I understand that mudslinging is a common component of politics today and that politics isn't all sunshine and roses, but wouldn't attacking the issues be more effective? While neither candidate has run the clean campaign he promised, the Republicans are grappling at straws as they lose more ground. McCain must show that he is an honorable leader and that he is better experienced to lead this country to win this election.

So Senator McCain, for the future generations, for your dignity, please be the honorable man I know you are and stop the irrelevant and pointless attacks.

Let's face it - McCain's chances look slim. He pales in comparison to Obama in terms of funding. He's already abandoned heavily contesting hard-hit states like Michigan where Obama can pour money and show why he's better. The fundamental problem with McCain and why it will be nearly impossible for him to win is because he has run the campaign badly from the start.

McCain's political campaign has been negative all the way. It's much more disgusting than Obama's campaign, who talks more about the fundamental issues even though he dedicates time to capitalize on the McCain-Bush connection.

So why is negative campaigning bad for McCain? Traditionally, these methods thrive ever since Nixon won by a landslide. Today, the people want someone different, fresh and qualified to clean up the mess that was made by the last administration. Obama attacks McCain on an issue, but McCain attacks Obama for completely unnecessary issues like connections to Ayers.

McCain, in pursuing the negative route, has shown that he wants to attack the issues in the same way - he looks at the specifics and largely underplays the issues that matter. That damage is permanent. It's compounded by the fact that neither McCain nor Obama committed to stop the madness for the last three weeks of the election during the debate on Oct. 15. It's further solidified by the idea that Obama has the momentum and charisma to keep his lead. That's a tough hill to climb and a race that McCain will lose to Obama.