Calling all beasts, teacups and candlesticks

Each year, director Kelly O'Connor challenges young thespians to assume alternate identities. After months of rehearsal, the ordinary student may change their mannerisms to channel the inner princess, cowboy or pirate that the director is coaching her to embody onstage. In the coming months, students throughout the school will take on the demeanors of lively teapots, flirty feather-dusters and playful foot-rests.

Now, O'Connor, along with English teacher Miriam Plotinsky and piano resource teacher Sara Josey are holding tryouts for the spring musical, "Beauty and the Beast." A multi-part saga, the tryouts span three days and feature many students coveting beloved roles in the Disney and Broadway classic. 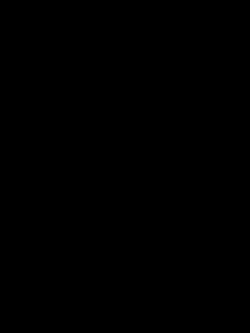 Photo: Kelly O'Connor gives information for signing up to the awaiting thespians.

Kelly O'Connor gives information for signing up to the awaiting thespians.

At the sound of the final bell of the school day, the area between the main office and the slim fine arts hall way swells with students practicing balletic dances in groups of two or three as others sing lines of a ballad while waiting for O'Connor to designate the start of the second round of musical auditions.

For many hopefuls, a childhood dream is on the line with their performance in the auditions. As part of a generation of girls who grew up with a favorite Disney princess, many students, such as freshmen Jeanne Jarvis-Gibson and twin Lauren are thrilled at the thought of being a part of Blair's adaptation of the beloved Disney classic. "I already knew all the songs," says Jeanne with a giggle.

Some students hope that the musical's status as a universally known children's flick and Broadway production will attract a large and diverse audience. "Everyone knows the songs and the plot," says freshman Alexis Gage. "So hopefully more people will come because it's such a kid-friendly show."

O'Connor shares Gage's prediction that the show will be widely attended throughout the community. "It's one of the newer shows we've chosen," she says. "We've gone back more than 100 years in productions such as "Pirates," but "Beauty and the Beast" has an instant appeal and is newer."

In the present, however, O'Connor and Plotinsky are excited by the enthused student body. With over 40 auditions on the first day alone, the directors are estimating a greater turnout than ever before. 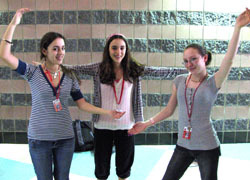 The directors' excitement translates to the eager students hoping to earn a place in what O'Connor says will be a large cast. Though there are many big song and dance numbers in the show, numerous students express particular enthusiasm for "Be Our Guest," a climactic ensemble number featuring those acting as inanimate objects.

Junior Adam Carey, a veteran of the Blair stage who has been in two musical productions, has high hopes for the song. "I saw it at another high school and it wasn't very impressive, but I think we can make it a really big group number that is fun to watch and fun to be in," he says confidently.

The hubbub of spins, leaps, song and nervous conversation ceases when O'Connor appears and beckons those auditioning into the fine arts hallway for a few words before the try-outs commence. When the long line of students forms in the hallway, she gives them the run-down of her expectations for the audition and the rehearsal schedule. Eyes sparkling, she offers a few final inspiring words of wisdom to her jittery audience: "The thing with auditioning is that you must think positively...Go in there with a smile on and keep smiling even if you mess up."

Her transformation of the prospective cast members begins as she concludes with a final grin, "We want to see how well you can be the character. And remember, Lumiere has a French accent!" As if on cue, the hallway is immediately abuzz with French attempts and imitations – with a few even remembering to hold themselves as straight and tall as candlesticks.