It's time to raise the minimum wage.

"¡Escucha Obama! Estamos en la lucha," protesters in major cities across the country chanted in the streets last Tuesday. It means, "Listen, Obama! We are in the fight".

Thousands of low-wage workers gathered across the country in cities such as Pittsburgh, New York, and D.C. to push for raising the minimum wage to $15 an hour. Presidential candidate and Senator Bernie Sanders attended the protests in D.C. and spoke to a crowd outside the U.S. Capitol. The major turnout is an indicator for how the issue to raise the minimum wage is becoming increasingly important. 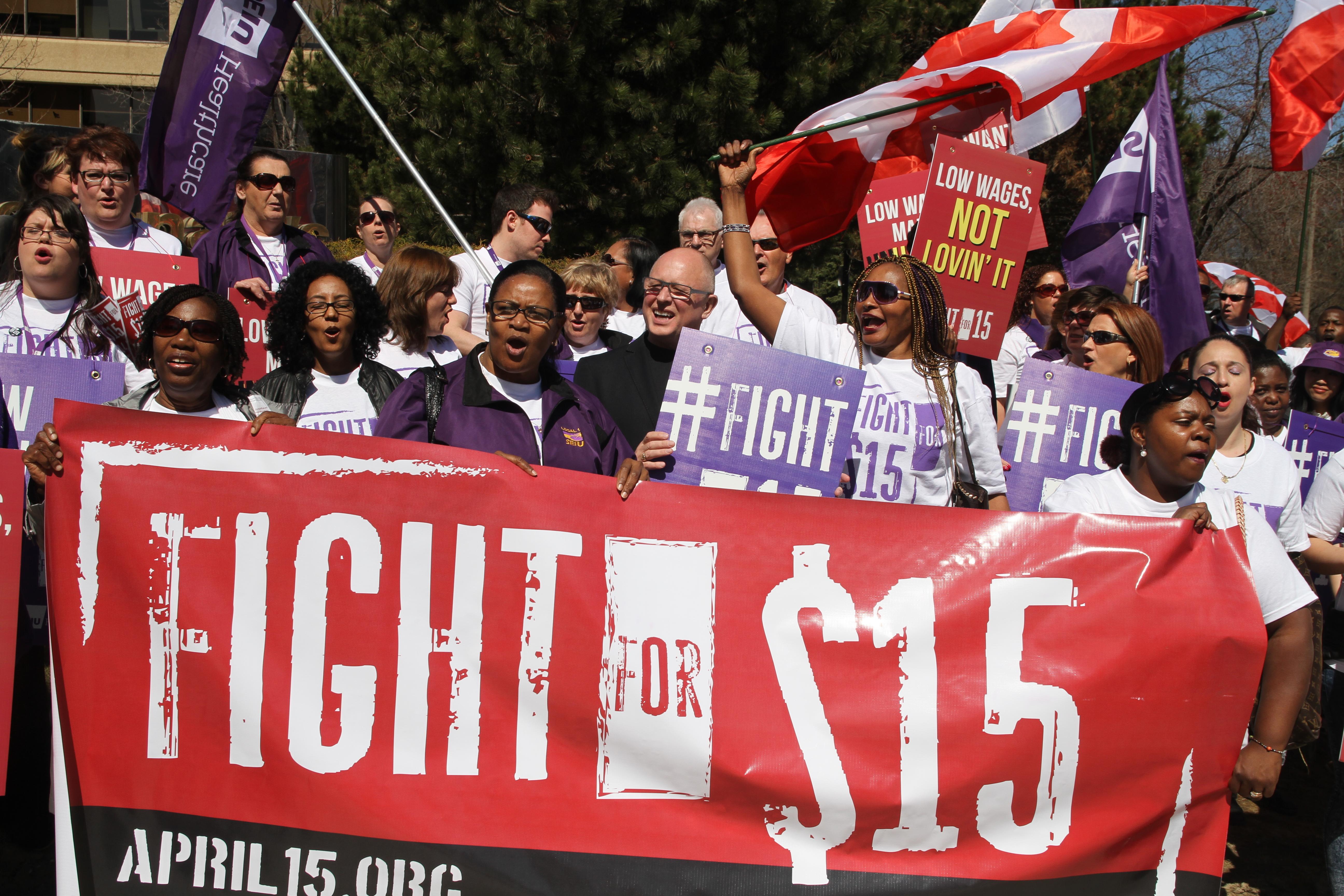 Photo: The Fight for 15 has been a nationwide struggle.

Photo: The Fight for 15 has been a nationwide struggle.

Currently, the national minimum wage is set at $7.25. That's not enough to survive on a day-to-day basis for anyone. According to inflation rates and worker productivity, the minimum wage should be at least $18.67 to be a living wage. A 2011 report stated that 1.7 million Americans earned exactly the federal minimum wage while an additional 2.2 million earned below the minimum. This makes up 59.1 percent of the entire wage and salary workforce. 88 percent of people earning the minimum wage are 20 years old or over, and many have families to support as well. That's about 27 percent of low-wage workers who are also parents. They're the breadwinners of their family, yet many don't know where the next meal will come.

Even a raise to $10.10 in the minimum wage can bring more or less 4.6 million people out from under the poverty line. A raise to $15 an hour is a pragmatic approach to increasing the wage; it takes into account of the major cities in the country with higher costs of living. A raise to $15 an hour would raise workers above the poverty line and increase their purchasing power, while also taking into account the businesses. But opponents of raising the minimum wage claim that a raise would be bad for businesses and bad for the economy.

The department of labor debunks these myths. Since 1938, the federal minimum wage has been increased 22 times, and along with it, the real gross domestic product, a measure of economic output, has steadily increased. Many reports claim that a minimum wage increase would result in job loss, citing the first 25-cent minimum wage from 1938. According to the 600 economists that signed a letter to President Obama, it does just the opposite. As workers have additional money to spend, demand increases along with job growth. Most businesses might even benefit from an increase. Three out of five small business owners support an increase, claiming that a hike in the wage will stimulate the economy, even if at a small degree.

But raising the minimum wage is not just an issue of numbers. At its core, it's a humanitarian issue. Warner Massey, a custodian at the U.S. Senate, spoke at the protest in D.C. last Tuesday. While working at the Senate, he ran into Senator Ted Cruz. Cruz asked him how he was doing; he replied that the wages he earns are keeping him from living comfortably. Senator Ted Cruz told him that something needed to be done about that, yet when asked about the minimum wage at the republican debates last week, he opposed increasing the minimum wage.

Even families in our own community at Blair struggle in the Fight for 15. Sophomore Mariela Melgar is worried for her brother. "He's trying to raise money for college, and the minimum wage is just not helping out," she said. Her family cannot afford to send him to Montgomery College on their salaries alone, so he made a deal with their mother to get a job. But even with the extra hours put in, it's still difficult.

Senior Tyler Humphreys has a minimum wage job to be able to live off on his own next year, but he's worried about the future. "It should definitely be raised. We work so hard, and we earn nothing… It costs $1,500 for an apartment in downtown Silver Spring and all I'm making is $7.50 an hour. I can't live off of this, I don't know how others do," he said.

The campaign across the country should be a wakeup call for politicians in this country. The Fight for 15 is one that resonates with many families across the country, including many Blair families. Raising the minimum wage to $15 an hour is not a harsh demand- it's a simple right.