Blair's Communication Arts Program (CAP) experienced a 30 percent rise in applications for the class of 2016. Increased promotion of the program likely caused more students to apply. 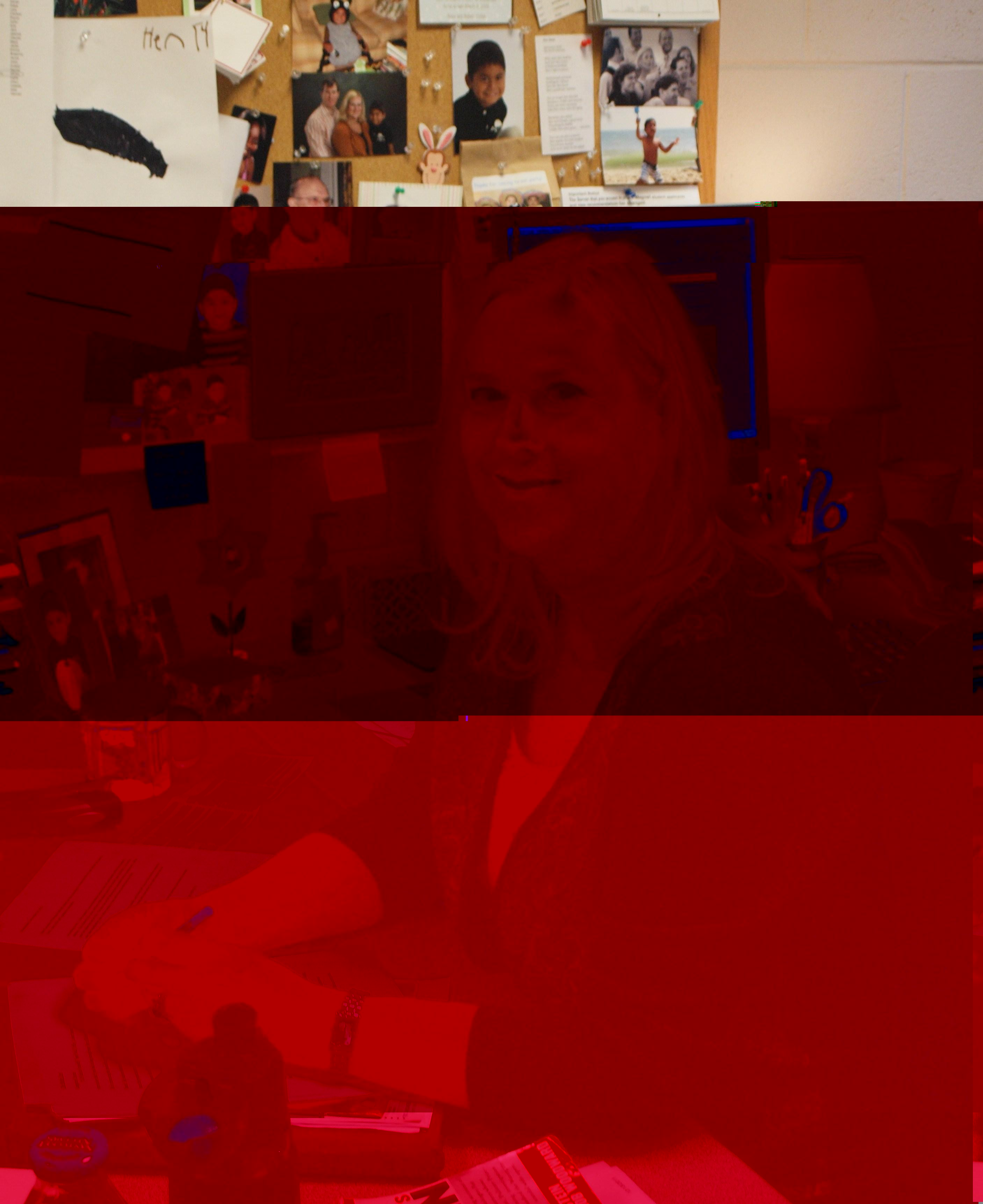 Photo: CAP Coordinator Anne Cullen smiles from her desk in the CAP suite. The Communication Arts Program received 30% more applications this year, though it will still only accept 75 students.

Photo: CAP Coordinator Anne Cullen smiles from her desk in the CAP suite. The Communication Arts Program received 30% more applications this year, though it will still only accept 75 students.

On average, CAP receives 200 applications a year. This year, the program received an increase in the number of applicants from private and parochial schools, which made up seven percent of the total applicant pool, according to CAP coordinator Anne Cullen. There were also more applications from Parkland Middle School and two applications from home-schooled students. Traditionally, more girls than boys apply to CAP, but during this application cycle, the ratio almost leveled out. "This year we were about 45 percent boys," Cullen said.

CAP promoted the program by focusing heavily on community outreach. These efforts included middle school visits and meetings with students, counselors and English resource teachers. The program's Information Night, which was attended by nearly 700 people, also experienced improvements from previous years. "We produced a new mini-documentary and presentation that I think was more impressive than in years' past," Cullen said. "For the first time we had students there to give testimonials and answer questions from the audience from their perspective. I think parents really liked that."

Cullen sees the economy as one potential factor in the rise of applications, especially those from private and parochial school students. "I suspect the economy might be a factor, as tuition rates continue to rise," she said. "But I'd like to think that our reputation as a program is getting stronger and thus attracting new students."

CAP AP Language and Composition teacher Miriam Plotinsky does not foresee the increase in applications as an indication of a change in the program's role at Blair. "I don't think [the influence] should change," she said. "At Blair, we're several little schools combining into one big school. Students have love in certain fields and communicate that love into other schools."

Montgomery County allows CAP to accept 75 students each year, though typically, the program ends up with approximately 80 students. The program's defining characteristic is its focus on theater, journalism, communication and media, according to Plotinsky. Applicants usually demonstrate interest in writing and teamwork. "We seek students who are intellectually curious, and enjoy working collaboratively with peers on long term projects," Cullen said.