The Islanders outmatched the Capitals in every aspect during this series. New York played like an energized team that was hungry to win. They looked prepared and organized. Washington, on the other hand, did not. Coach Todd Reirden’s team looked tired and disinterested much of the series. Throughout this series, Reirden had trouble inspiring his team and his game planning was nowhere near good enough. Sure, Islanders' Coach Barry Trotz is one of the best in the league, but the Caps’ roster appears far better on paper than New York’s. Something wasn't clicking for Washington: only three players from a championship caliber roster scored and the team was dominated in its own zone. Their lack of focus was highlighted by a pattern of careless penalties.

During a postgame interview, Washington's veteran Nicklas Backstrom admitted that they did not play hard enough and lacked the desire to win. “They wanted it more than we did,” Backstrom said.

It is not a coincidence that Todd Reirden’s side was massively outplayed by an Islanders team coached by Barry Trotz. Trotz led Washington to a Stanley Cup victory in 2018, but later walked away from his contract with the Capitals, unsatisfied with the money offered. Washington then promoted Assistant Coach Todd Reirden to be Head Coach. Reirden had been groomed as Trotz’s successor for a while, and the organization believed he was going to be hockey’s next great coach. This series proved that the Caps should have fought harder to keep Trotz and that it may be time for major changes within the organization, with Reirden already out as head coach.

Upon his arrival to New York in 2018, Trotz immediately turned the Islanders from a last place team into a potential Stanley Cup contender. While Washington has remained a contender, it has failed to advance past the first round of the playoffs without him.

It is unacceptable for a championship caliber team like the Capitals to lose in the first round of the playoffs in back to back years. Star veterans like Alex Ovechkin, Nickolas Backstrom and TJ Oshie are only getting older, so the championship window is quickly closing. A contender like the Capitals should not be placed into the hands of an inexperienced coach like Reirden. Although Reirden has good coaching potential, a championship contender needs a veteran coach such as Peter Laviolette or Gerard Gallant, so it was wise for him to be let go. 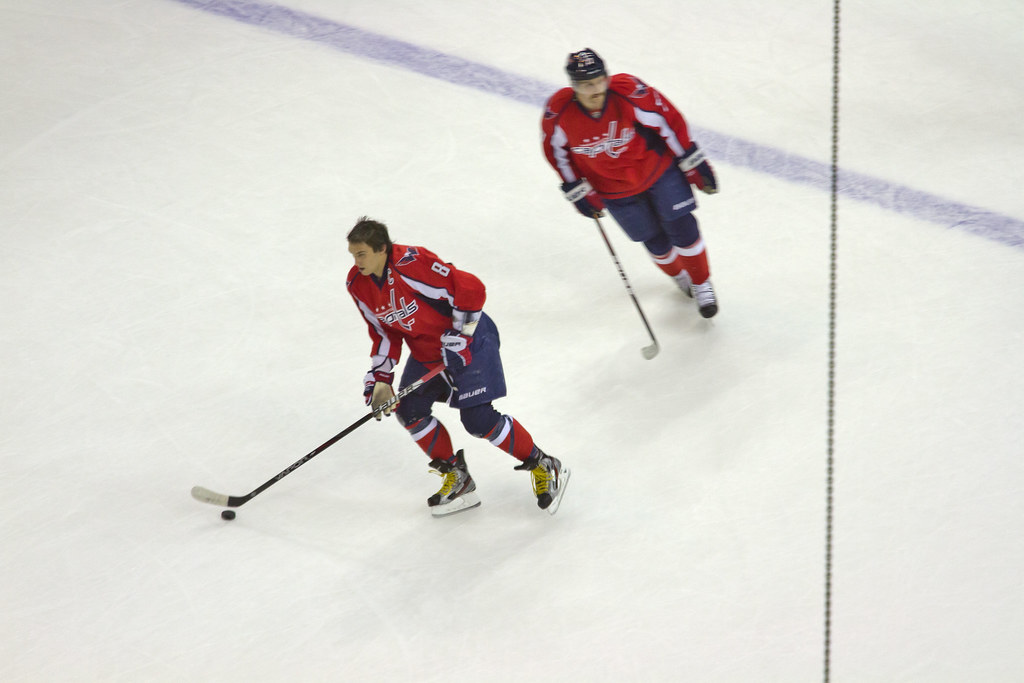 Photo: Star veterans like Alex Ovechkin, Nickolas Backstrom and TJ Oshie are only getting older, so the championship window is quickly closing (courtesy of Creative Commons)

Star veterans like Alex Ovechkin, Nickolas Backstrom and TJ Oshie are only getting older, so the championship window is quickly closing (courtesy of Creative Commons)

Between replacing Reirden, overhauling the defense and acquiring younger, faster players to keep up with the rest of the league, General Manager Brian MacLellan has his work cut out for him this offseason. Not only that, but Alex Ovechkin needs a contract extension. He is entering the final year of his contract. Keeping him in Washington for the rest of his career should not be difficult, but it is important to pay him what he deserves.

This loss prompted uncertainty over the team’s championship window. The window is still open, but the decisions of the front office could determine how much longer that is true. The Caps need a retool of the defense and coaching staff. Brian MacLellan is an above average General Manager, so there is reason to believe Washington will continue to be competitive.

The Capitals' 2020 playoff performance was embarrassing and unacceptable. This is the same team that won a Stanley Cup in 2018. Alex Ovechkin is one of the greatest players of all time and deserves more than one championship. Braden Holtby will likely leave via free agency this offseason, and it will be disappointing to see his tenure end this way. The front office owes it to the core group of players and the fanbase to make the necessary changes to win another championship.