The Washington Capitals had a rough start to the first half of the 2014-2015 National Hockey League (NHL) season, but have since rebounded and are looking more and more like a playoff team. Much of the turnaround can be attributed to first year Capitals head coach Barry Trotz, whose tight defensive system has seen the usually sloppy Capitals defense evolve into a stingy bunch that are on pace to allow only 212 goals, a massive improvement compared to the 240 goals the team allowed in 82 games last season.

We've also had a large enough sample size to properly analyze the impact of two major free agent signings from first year general manager Brian Maclellan: defensemen Brooks Orpik and Matt Niskanen. All signs say that those were two good moves. Did the Capitals overpay at over 5 million dollars per year for both of them? Maybe. But the defensive contributions made by two of the team's top four defensemen is certainly making it look like a good move. Both Orpik and Niskanen are plus players, and Orpik is third in the league after having blocked 136 shots.

The offense has also held its own this season. The Capitals' offense, led by captain and NHL top goal scorer Alexander Ovechkin, is averaging 2.87 goals per game, good for tenth in the league. Another bright spot in terms of offense has been rookie Evgeny Kuznetsov. Kuznetsov was a first round draft selection by the Caps in 2010. The highly skilled Russian forward slipped to 26th overall mainly because teams and scouts didn't think he'd ever come to North America. Now that he's been here for almost a year, he's shown flashes of greatness by puckhandling and passing in the offensive zone. And through five games in the month of February, "Kuzy," as he's known amongst the players, is scoring at a point per game clip. If he can fill the role of a second line center, the Capitals can use what NBC's Pierre McGuire called "the best third line in hockey" comprised of Eric Fehr, Brooks Laich and Joel Ward, to really wear opponents down with depth. 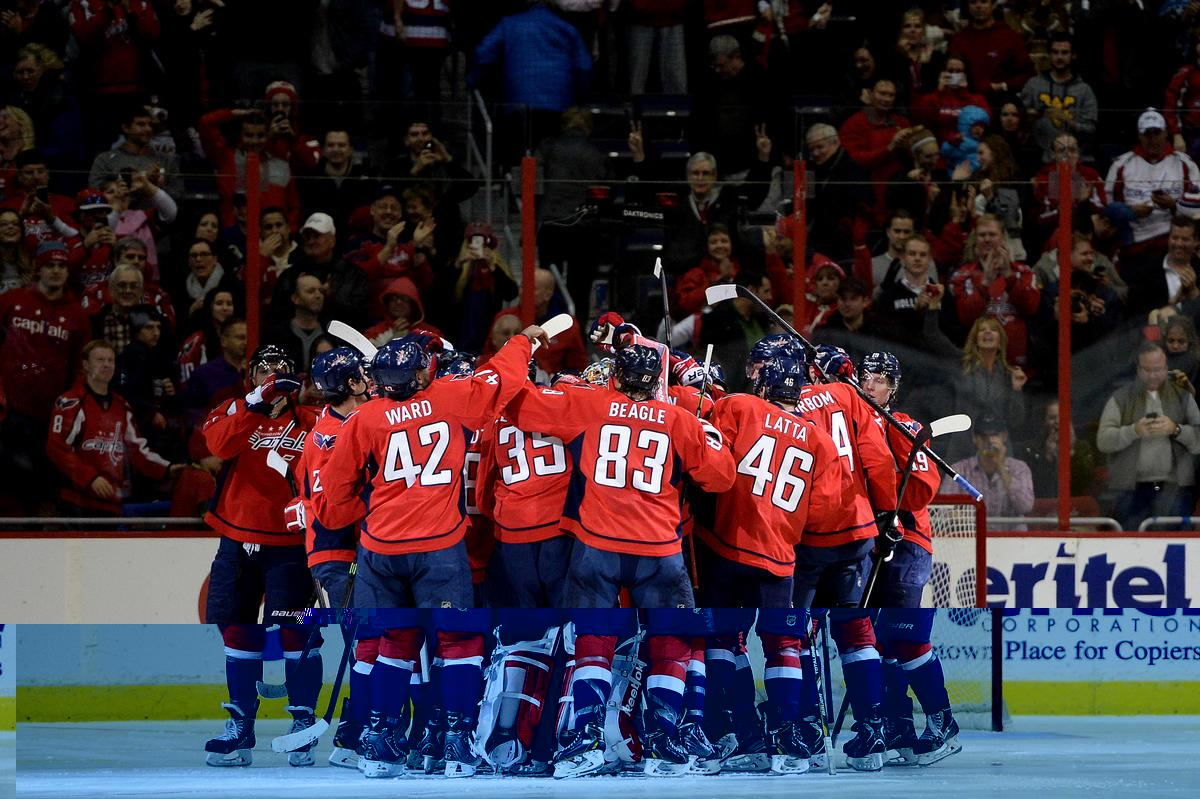 Photo: The Washington Capitals may actually have a chance in the playoffs this year.

Photo: The Washington Capitals may actually have a chance in the playoffs this year.

Finally, the brightest spot on the team has to be the goaltending heroics of Braden Holtby. Throughout his five seasons with Washington, Holtby has shown flashes of greatness but has constantly been inconsistent. His play sometimes even got him benched. But this year, under new goalie coach Mitch Korn, Holtby has evolved into the Holtbeast, setting career highs in minutes and wins, while also maintaining a save rate of 92.5 percent, good for fourth in the league. With Holtby's stellar play, the Capitals should be a very tough team to compete against in the postseason.

The one question mark heading into the tail end of the season is the status of defenseman Mike Green. The offensive-minded Green has 32 points in 45 games so far this season, and his smooth skating and willingness to jump into the rush make him a constant threat. However, at times he's also been known to be a defensive liability, part of the reason he sits as the Capitals' fifth defenseman. The question is what Maclellan will do with Green as the March 2 trade deadline comes and goes. The 29-year-old Green has one year left on his contract, and with the market for defensemen what it is, it's unlikely the Capitals will be able to keep Green should he go to free agency. This leaves Maclellan at a crossroads: stand pat and try to go all the way, or move Green and get what would likely be a lesser defenseman and a good draft pick.

We'll have to see how this month unfolds, but it looks as if all the pieces are falling into place for Washington this season. This could be our year.