Two youths attempted to escape with a stolen black Jeep Cherokee in the Woodmoor area, resulting in a minor car chase that climaxed at the intersection of Colesville Road and University Boulevard today at approximately 4:35 p.m. They were caught soon afterwards.

The police pursued the suspected car thieves, two males, through the surrounding neighborhood before stopping at the Colesville Rd./University Blvd. intersection for a red light. According to Police Sergeant Amir Khanian, who had been pursuing the alleged thieves, the Jeep crashed into a yellow pedestrian sign at the intersection. The driver and passenger scrambled out of the car and attempted to flee through the congested rush-hour traffic, Khanian said. 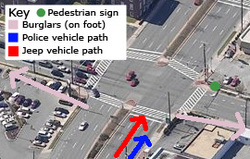 Photo: Graphic of car chase in the Blair neighborhood. Image of intersection and copyright property of Microsoft Live Local.

Photo: Graphic of car chase in the Blair neighborhood. Image of intersection and copyright property of Microsoft Live Local.

The police appeared on the scene after receiving a call, according to Khanian, who did not witness the scene but gathered information from bystanders and had pursued the car for 10 minutes in the surrounding neighborhood.

Juniors Brian Han and Christie Lin witnessed the latter part of the chase as they and senior Varun Gulati were walking towards Blair from the NY Manhattan Deli. Han said that the two youths were "driving aggressively" until the suspects jumped out of the car at the stoplight. According to Lin, the police cars went to Colesville Rd. at the red light and made a U-turn. 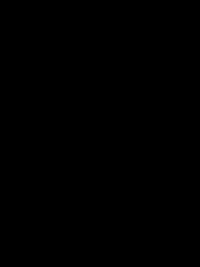 Photo: This sign near the 7-11 was knocked over by the stolen Jeep during the car chase on April 19.

Photo: This sign near the 7-11 was knocked over by the stolen Jeep during the car chase on April 19.

One of the suspected car thieves escaped from the vehicle and ran in the University Blvd. West direction, outside of the 7-Eleven convenience store, according to Han. The driver went in the opposite direction toward Blair along University Blvd. East. "All of a sudden, a tall, slender man came running across the [Woodmoor] parking lot. There were two policemen running after him, a motorcycle, regular vehicles driven by officers and police cars," Lin said. Of the two police officers in the foot chase, one was holding a stun gun, according to Han. The suspect ran down University Blvd. in the Blair direction before being caught.

The passenger in the stolen Jeep headed in the opposite direction. Han said that he witnessed the suspect run past the NY Manhattan Deli. The fugitive was also eventually apprehended by the police.

More than 15 additional police cars arrived on the scene in the heavy traffic to assist the police officer, including undercover vehicles and motorcycles, Han said.

After the suspects had been apprehended, Khanian moved the stolen vehicle to the parking lot outside of 7-Eleven.

The identities of the carjackers were undisclosed.