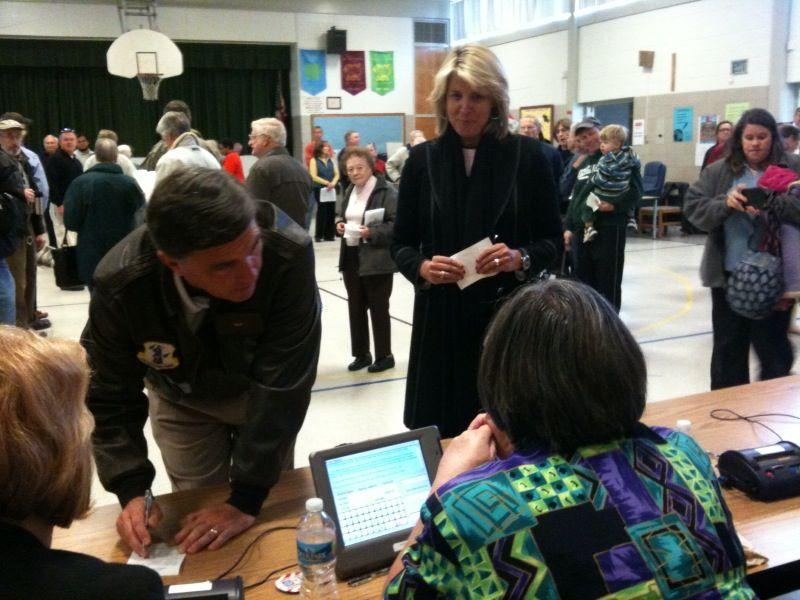 Photo: New voting policies in Maryland will be tested in the upcoming election.

Photo: New voting policies in Maryland will be tested in the upcoming election. Photo courtesy of the Baltimore Sun.

The early voting policy, approved by the Maryland General Assembly in 2007 but first implemented in 2009, will allow registered voters in Maryland to cast their ballots between Oct. 27 and Nov. 1. States implement early voting centers in order to reduce crowds on the actual day of election and expedite the voting process. However, the Maryland Reporter reported that lawmakers so far have not noticed drastic benefits of early voting, as only 2.4 percent of voters took advantage of this change by voting early in the April primary election. Although early voting has undeniable benefits, many critics of the system have voiced concerns that it may give a political party an unfair advantage.

According to an interview with the Capital Gazette, Maryland House of Delegates member Michael Hough (R) pointed out that Democrat-heavy districts are given more early voting centers than Republican-heavy ones. By having more early voting centers, Hough stated, Democrats have a possible edge in the election since the multiple opportunities to vote will lead to a higher voter turnout for Democrats over Republicans.

"It would be like if Ohio only had early voting in Cleveland and Cincinnati. Of course it would help the Democrats," Hough said. "If somebody lives up in Emmitsburg on the Pennsylvania border, they're not going to drive a half-hour down to the city of Frederick to vote," he said.

Maryland is also considering adopting another change in the voting system: stricter voter identification policies. According to the National Conference of State Legislatures, the bill, introduced in 2011, would require voters to present a valid form of photo identification before voting in order to reduce identity fraud. The Republican Party introduced the idea to reduce the amount of people posing as others when casting their ballots. According to Vote Smart, a photo ID is not a requirement in Maryland for this election, but may be asked of first-time voters. If first-time voters do not have a valid photo ID, then they will be allowed to submit a utility bill, bank statement or other government document that shows the voter's name and address on it.

According to an interview conducted by Asian Fortune News, Malik Khan, the president of the Asian American Society of Central Virginia, upheld the legislation and disregarded the concerns of those who believe that the new process is a hassle. "The last time I voted, they asked for the voter ID, I showed it to them, and that was not an issue," he said.

Democrats, however, rebuke the policy because many minorities do not possess valid photo IDs. Susan Lee, a Montgomery County Democrat who serves on the Maryland General Assembly, disapproved of the photo verification because she believes that many minority groups will be unable to provide such identification and will be prevented from voting. "They may not have any kind of documentation to show who they are, but you know they've always voted in the elections consistently," Lee said.

The Montgomery Village Patch wrote that in this upcoming election, 32 states will have voting centers and 31 states have passed photo identification laws. The Montgomery Village Patch also reported that the success of policies such as early voting and photo identification might determine whether the legislation will be used in the future and in other states.