"Chappie" will not leave you happy

Blomkamp's newest film has a lot of big ideas, but nothing to tie them together

When I first saw the trailer for "Chappie," I mistakenly thought it was going to be a cute movie about a human-like robot learning about the world, aimed at younger audiences. But with an R-rating, lots of gang violence and foul language, that is definitely not the case. What looked like a movie dealing with artificial intelligence versus man-controlled machines also investigated themes such as parenting, big corporations, human morality and feelings of separation. There's a lot going on in writer/director Neill Blomkamp's ("District Nine," "Elysium") third feature film. Unfortunately, weak characters and plot holes prevent these ideas from making an impact.

There are many parts of the plot that just don't make sense. Why is there no security in the Tetravaal labs? Surely there must be cameras making sure that nobody steals or sabotages the robots protecting the city from crime. Yet both Wilson and Moore get away with it. And why in the world would anybody leave a highly valuable robot to get beaten up and damaged, even if it is for Chappie "to get an education"? Yes, Ninja isn't that smart, but surely he can see that Chappie might not come back.

Most of the characters in "Chappie" are completely underdeveloped. Moore is the evil, power-hungry, angry villain who wants to destroy it all. Sigourney Weaver is criminally underused as Tetravaal CEO, Michelle Bradley, who basically just yells at her two engineers. Ninja is a psychopath who manipulates Chappie into helping him steal cars, kill policemen and pull off heists, who (maybe) actually cares for Chappie at the end. As for Yolandi, who develops motherly instincts for Chappie, all she seems to be able to do is yell "He's just a child" whenever Ninja tries to force Chappie to do something. And Yankie just seems to be there for the ride. Even Wilson is pretty much the stereotype of an obsessed scientist who is Chappie's one moral influence. 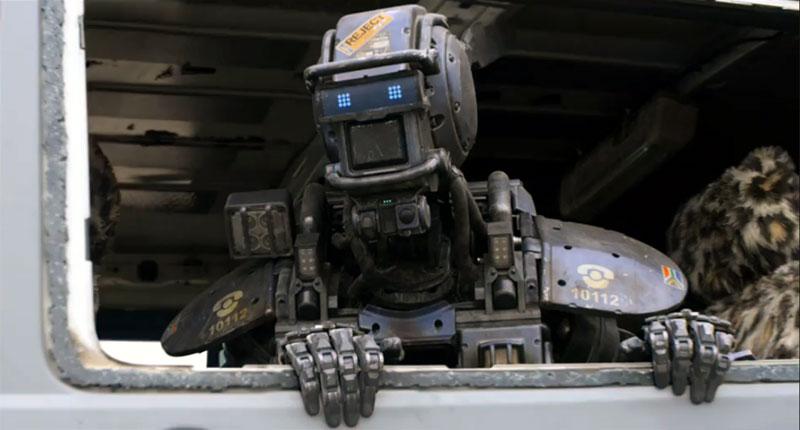 Photo: Chappie may be a robot but he's the character the audience connects the most to.

Photo: Chappie may be a robot but he's the character the audience connects the most to.

The most human and interesting character, the only character one can really connect to, is the one who has only just gained consciousness. I can't say it's a joy to watch him learn more about the world, since many of the things he goes through are heartbreaking. He's attacked by teenagers to being bullied and manipulated by his "daddy" (Ninja) into killing with throwing stars since it will only send the person "to sleep". However, it definitely is enthralling to watch. It's hard not to smile at Chappie's pride when he learns how to become a proper gangster. A lot of this comes down to Copley's magnificent physical acting (he was filmed as Chappie, and the CGI team 'painted' over him). Copley's emulation of childlike mannerisms is perfect.

On that topic, the CGI and special effects are one of the other redeeming factors of the film. The robots look incredibly lifelike. The (rather lengthy) action scenes are put together well, with a mix of bullets and explosions, while slow motion and close-ups increase the tension and reveal the emotions of the characters.

All told, "Chappie" is at best a mediocre film. While it has an intriguing premise and a captivating character in Chappie, it's not worth buying a ticket. It'll make you think, but not too deeply.

"Chappie" is rated R for violence, language and brief nudity and is playing in theaters everywhere