Cheerleaders win spirit award for eighth year in a row

Blazers competed in the Division II cheer competition on Saturday

On Saturday, the Blair cheer team competed against seven other teams in the Montgomery County Division II cheerleading competition, which took place at Blair, and took home the spirit award for the eighth year in a row. Blair finished fourth out of eight teams. 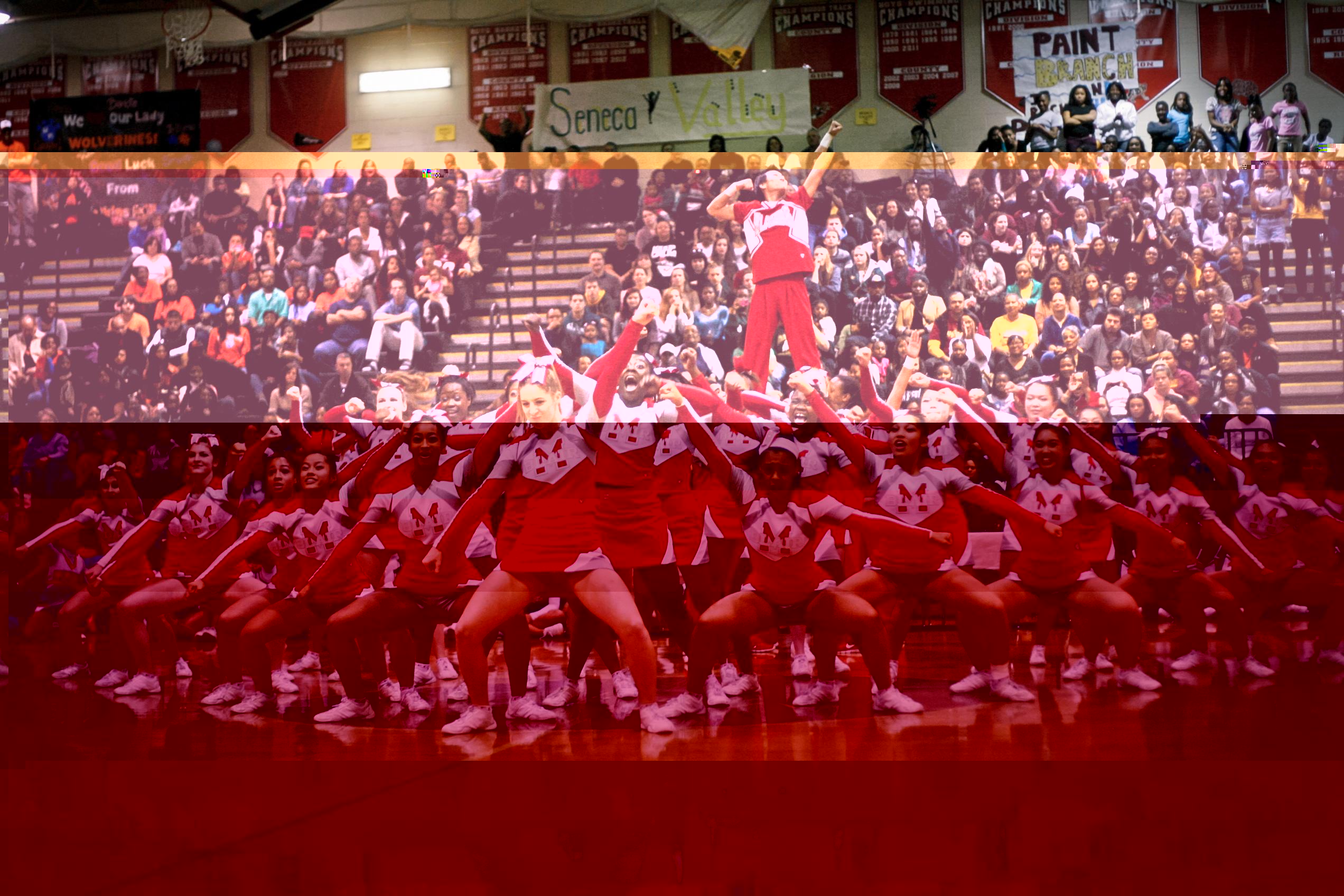 Photo: The Blair cheerleading team, above, took home the spirit award for the eighth year in a row.

Photo: The Blair cheerleading team, above, took home the spirit award for the eighth year in a row.

With a clean performance, Watkins Mill High School placed first with Bethesda Chevy-Chase High School following in second and James Hubert Blake High School finishing in third. Although the Blazers missed the top three spots, the team and its coaches felt a great deal of hard work and preparation went into the competition. "We practiced a lot…a lot," Coach Sarah Fillman said. Fillman choreographs the cheerleaders' routines and leads the team with Coach Roxanne Fus and the captains, junior Ashley Fennell and seniors Clara Benjamin, Pilar Ocampo and Rachel Robey.

The competition started out with a performance by the Blake Bengals, followed by Magruder, Seneca Valley, Watkins Mill, Blair, Bethesda Chevy-Chase, Paint Branch and finally Northwood. From the beginning of the competition to the judging, Blair cheerleaders and fans chanted familiar cheers and clapped to gain the spirit award that Blair has long held. Right before the Blair cheerleaders performed, alumni Blazer cheerleaders took over with getting the crowded pumped up.

Blair's performance incorporated unique dance moves such as "tutting" which is a type of hip hop dance with sharp, quick moves that mirror Egyptian poses. In addition, the team's deeper voices while cheering also helped them to stand out. Sophomores Shailee Bruck and Noumkouba Toure and junior Stephen Varella performed a series of flips that helped to rally up the crowd. The four captains led the team during cheers in between the seven other routines and Blair's actual performance. They showed their leadership roles by making sure the Blair team and fans cheered on whichever team was performing.

Just as the other eight teams did, the Blazers performed a dynamic routine. They started out without music and performed their cheers and then transitioned to their dance routine. The Blair team is made up of mostly new cheerleaders who were also fresh to the competition this year. "Half of our squad is brand new so they aren't used to competing," Fillman said. Despite their slight disadvantage, the team was able to give a strong performance. "A lot went well," Fillman said. 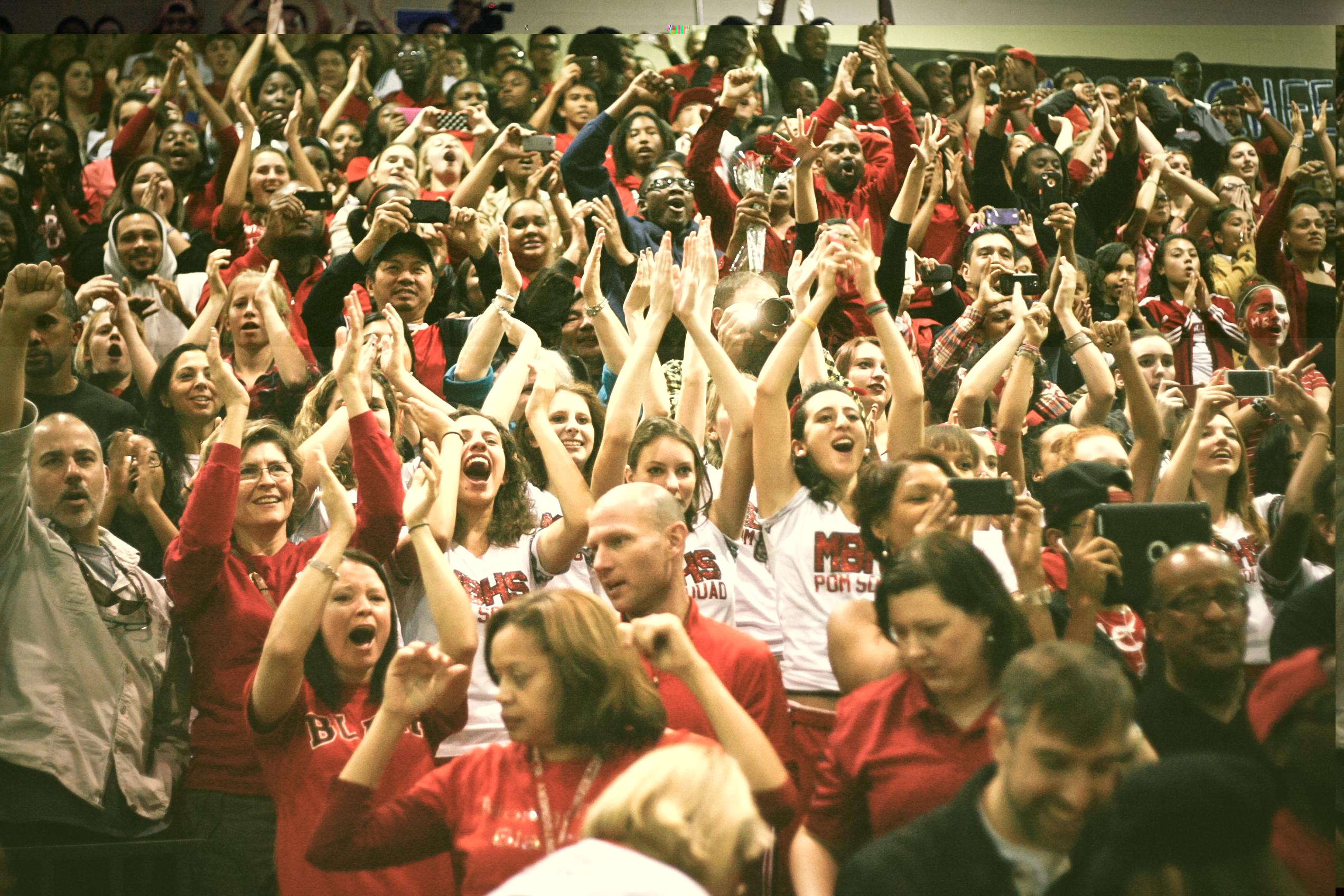 Photo: Blair fans come out to support the team on Saturday afternoon.

Photo: Blair fans come out to support the team on Saturday afternoon.

Fillman believed the Blazers' parents made a huge impact on the cheerleaders' successful year so far. "Everyone and the parents are awesome," Fillman said.

Blair cheerleaders are confident that the team will place higher in the future. "We did really great, put in everything and tried our best. I know [the team will] place next year," co-captain and senior Pilar Ocampo said. According to Fillman, the team plans on practicing even harder and remains hopeful for their next competition, which will take place in January.

The Blair cheerleaders will be competing at the Panthers Cheer Competition at Paint Branch High School on Jan. 26, 2013. Make sure to come out and support the Blazers.