"Chips" gets dipped in salsa

One editor's foray into the spicy world of Latin dance

"Alright, everyone," junior Laura Sirbu eagerly commanded. "Girls on this side, boys on that side."

I moseyed over to the right and glanced around the room, noting with some amusement that the girls nearly doubled the boys. Sirbu and English teacher Michelle Edwards, our bubbly instructors, immediately launched into a demonstration of the basic salsa step, and in minutes, the room was filled with sounds of shuffling feet and the occasional giggle as dancers watched each other stumble. I stepped backward and forward as Sirbu and Edwards counted out the beat, rhythmically rocking my hips and moving my arms. I resisted the urge to yawn. It was, after all, review for me, a sophomore attendee of Sirbu's salsa dance lessons. 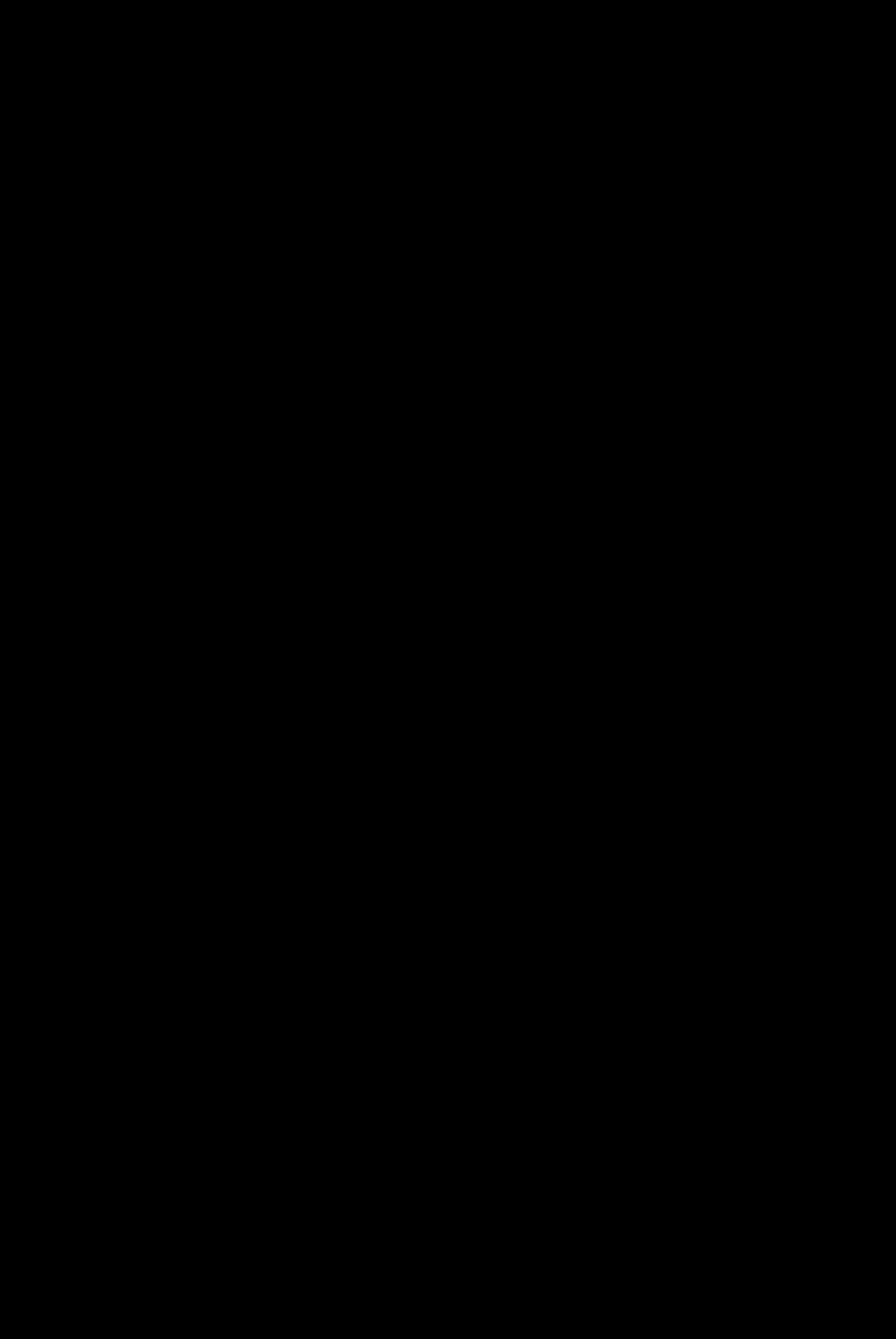 Sirbu's vision of starting an after-school dance class at Blair originated last year in Edwards' journalism class, where the two bonded over their passion for the art. "In all my classes I share with my students that I salsa dance," Edwards says. "And she shared with that me she wants to start a ballroom dancing club."

Sirbu settled for salsa lessons after realizing that teaching the myriad of other ballroom dance forms - foxtrot, mambo, swing - would be too ambitious. Sirbu's primary intention is to fuel her peers' interest in dancing, and she believes having occasional versus weekly meetings would encourage better turn-out. "I know that a lot of people are interested in dancing and if they're not, they have a secret passion for it," she says, laughing.

Sirbu held the first lesson the week before winter break and hosted a group of about eight, myself included. We were a small class, but we had a wonderful introduction to salsa and many of us returned for the next meeting this Wednesday - with some friends in tow. After reviewing the basics and then the more complex movements like the side and diagonal step, we finally started practicing with the music. Feeling a little impatient, I wished we would start practicing in pairs.

I wished a moment too soon, underestimating how tricky partner dancing could be. Before I knew it, the tempo increased and I was dancing with senior Jhon "Jay Cee" Colque, a first-timer at Sirbu's lessons but a more experienced salsa dancer than myself.

"Do you dance?" Colque asked me.

"Kinda," I said distractedly, my eyes at my feet. Group performances and high school dances litter my resumé, but I've had scarce encounters with any type of ballroom dance.

"I can tell," he said with a smile, deftly guiding my arms in a motion similar to double-dutching. Colque, who shares an affinity for salsa with his friend, Sirbu, thought the lessons would be a great opportunity to hone his technique. "It's a fast-paced and energetic dance and that's what I like about it," Colque said. "I dance a lot, but I'm no professional."

Cheers suddenly erupted from my right and I looked over to see media teacher Paris Bustillos and junior Redab Alnifaidy dancing energetically to the beat. "We can do better," said Colque with a little grin, and he promptly spun me around.

"Whoa!" I said, caught completely off-guard. I quickly tried to steady myself and struggled to get back on beat; turns were definitely something I needed to improve upon. Fortunately, it was just then that we rotated partners and I practiced turning with someone a bit more at my level.

Boys should raise their arm at one-two, Sirbu suggested, and girls should turn during five-six-seven-eight and then stepping back on their right leg. Easy enough, I thought to myself. After a couple of turns, I thought I got the hang of it. I felt ready to take on that confident Colque once more. 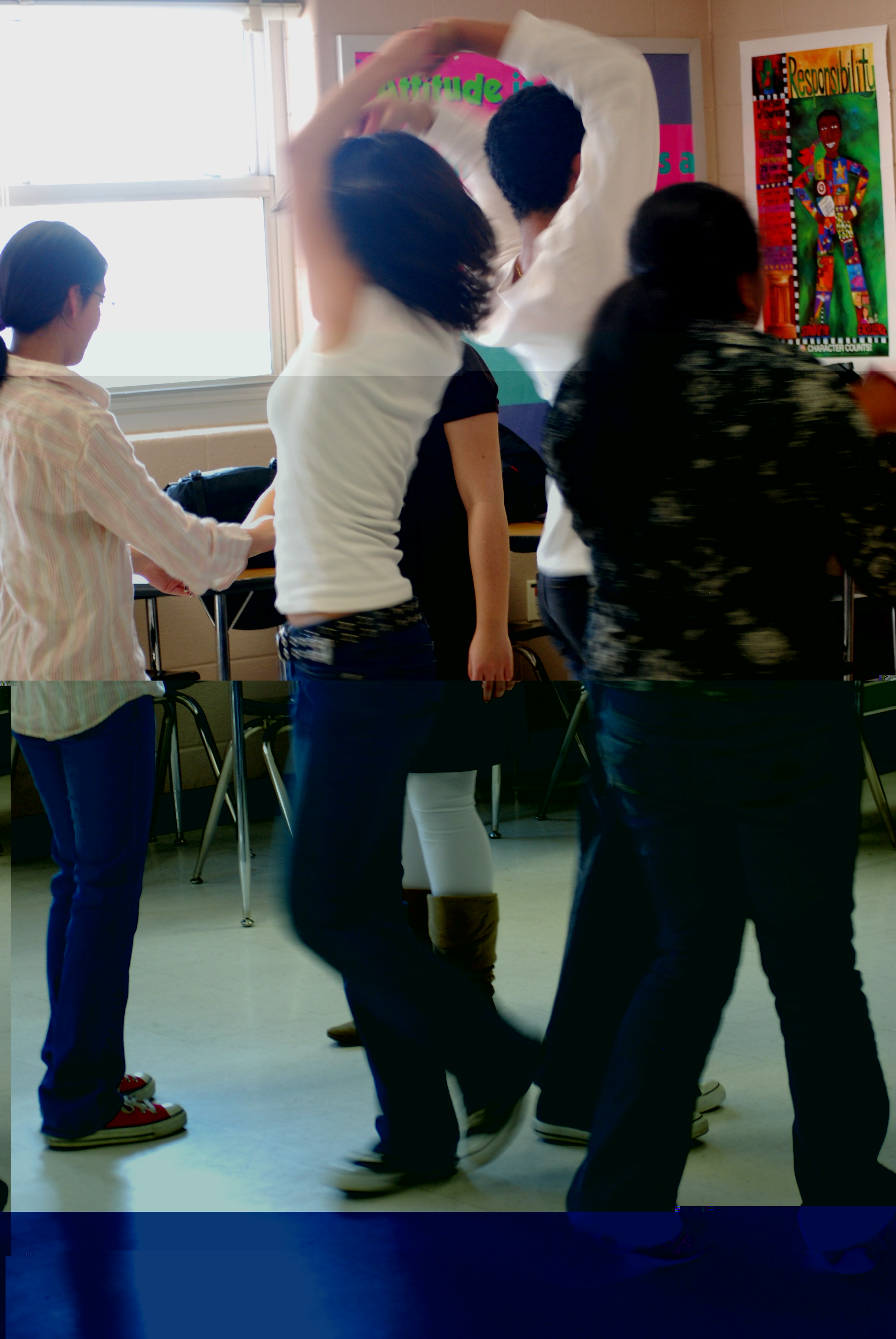 I was wrong. Disregarding Sirbu's example, Colque lifted his arm at an arbitrary beat and I turned, expecting to go back on my right leg but finding I needed to move forward with my left. Frustrated, I told Colque that was against what we were advised. He responded smoothly, telling me to just follow his lead and go with the flow. I pursed my lips, the feminist in me not warming to the advice. But this was ballroom dance after all - meaning the guy always leads - so I grudgingly acquiesced. Four side steps, four diagonals and two turns later, I forced myself to forget methodology and concentrate on the thriving salsa beat and pulsating percussion. Suddenly, the dance started to feel so much more natural and my feet began moving on their own accord - and soon I didn't have to keep watching them anymore!

"I know," I replied happily, his confidence suddenly contagious.

Although Colque didn't get much of a chance to refine his dancing ability, he enjoyed the activity. "I think I taught more than I improved," he said to me teasingly. "It was fun. I liked teaching."

In fact, it was Colque who proposed weekly lessons, the schedule that Sirbu was weary of initially. It was a suggestion that many of us agreed to eagerly. Pleased with such enthusiasm, Sirbu and Edwards quickly discussed the feasibility of such an endeavor and announced that it was a go.

Excited by the prospect of meeting earlier than expected, I thanked the ladies for their instruction and gaily took my leave, the Latin beat still playing in my head.

If you're interested in taking salsa lessons, come to room 252 at 3 p.m. on Wednesdays.